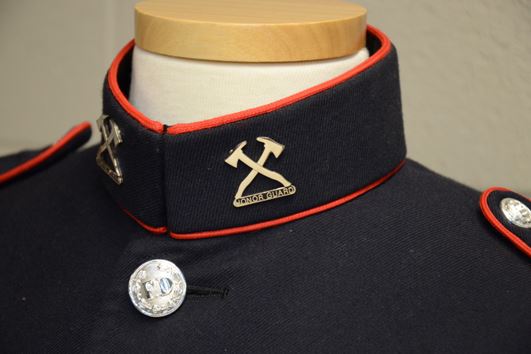 The crossed axes on the collar represent the firefighting profession, as well as being symbolic of the Honour Guard. In the early days of firefighting, axes were used to gain entry into buildings, and the image has stuck around ever since. Initially, the spelling of the Guard followed the North American tradition of ‘Honor’, as shown here, but in the early 2000’s this was changed to the Canadian spelling we see today.