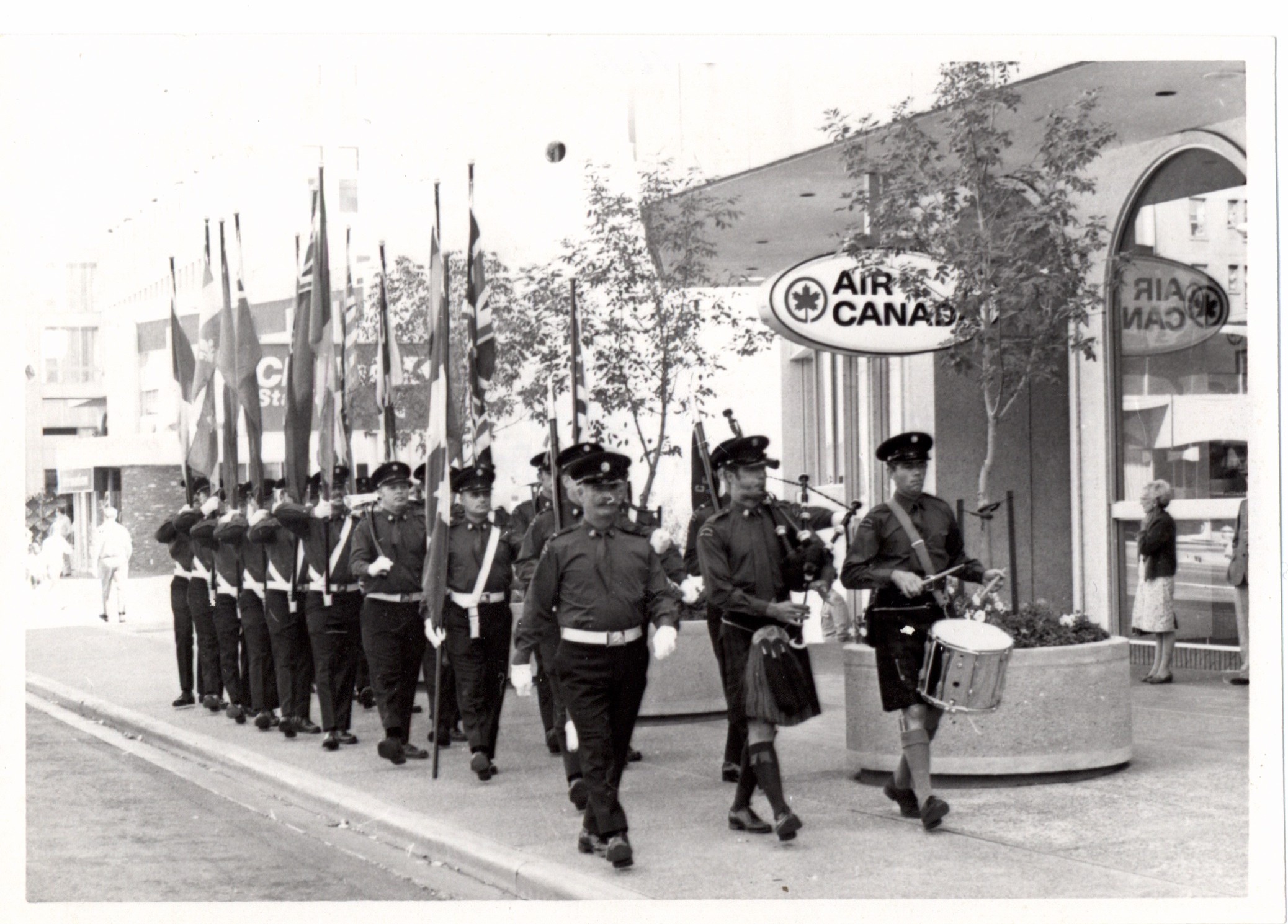 The first function following the creation of the Honour Guard was the Fire Chief’s Convention of 1971. The conference was the catalyst for the Guard’s official formation, as the Chief of the time wanted a high profile ceremonial presence at the event. The Honour Guard was born! The initial march took in much of downtown, proceeding past Palliser Square shown here, on August 23rd 1971.