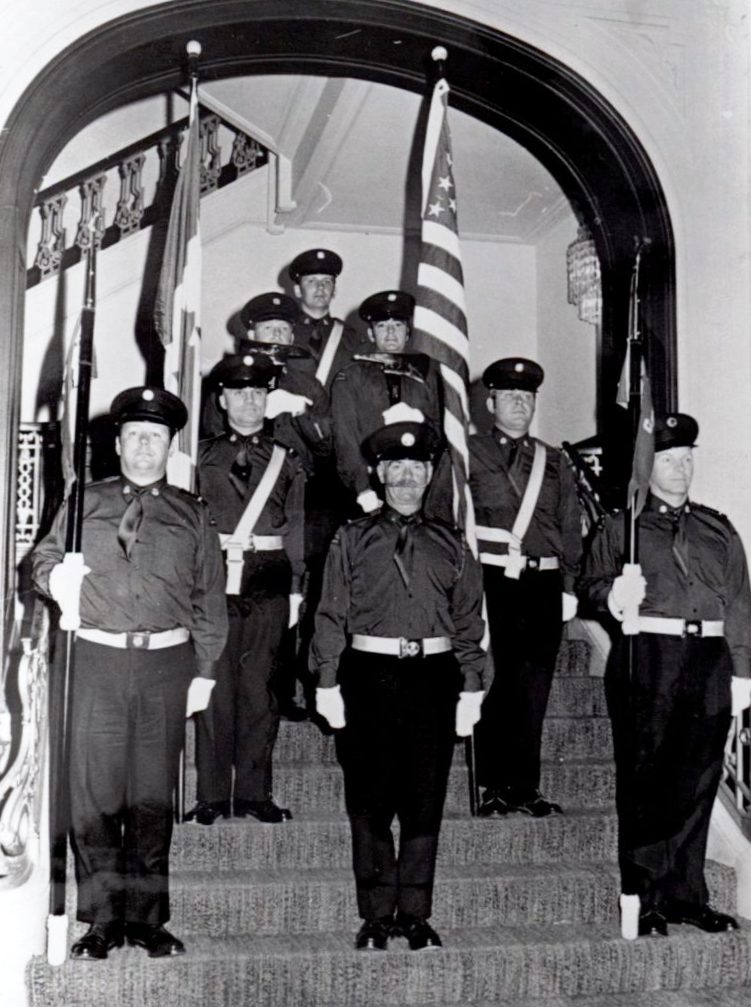 Nearly a year after the idea of an Honour Guard was first floated, the unit finally took part in their first event. The Canadian Association of Fire Chiefs Conference 1971 took place in Calgary. It was decided that the Honour Guard would attend on behalf of the Department. Led by Captain Al Sanofsky, a member of the Calgary Highlanders militia, the unit paraded throughout the city carrying national and provincial flags. This began a long and successful history of Guard events.