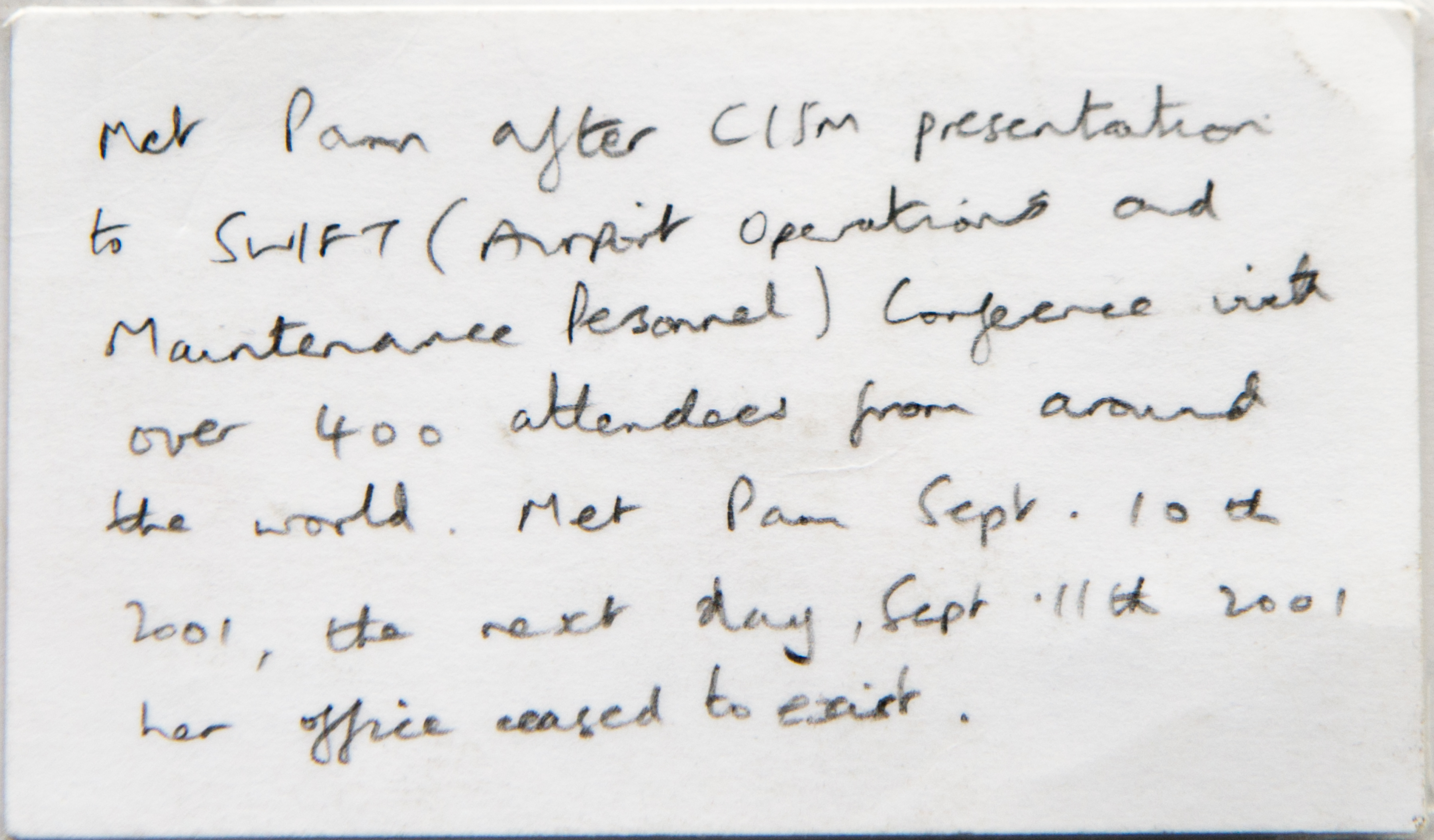 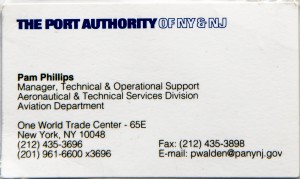 Honour Guard members encounter deeply emotional circumstances both within their service and outside of it, informing their motivations for taking part. They also come into contact with teams and groups from across North America. Fire Chief Steve Dongworth experienced both of these factors during a trip to New York in 2001. The caption reads:

‘Met Pam after CISM presentation to SWIFT (Airport Operations and Maintenance Personnel) conference with over 400 attendees from around the world. Met Pam September 10th 2001. the next day, Sept 11th 2001, her office ceased to exist.’

The attacks on New York on September 11th claimed, and continue to claim, the lives of hundreds of firefighters. Representing their memory, and the memories of colleagues across the world, is central to the Guard’s purpose, reminding everybody of the risks and sacrifices that firefighters make, no matter the situation or the alarm.