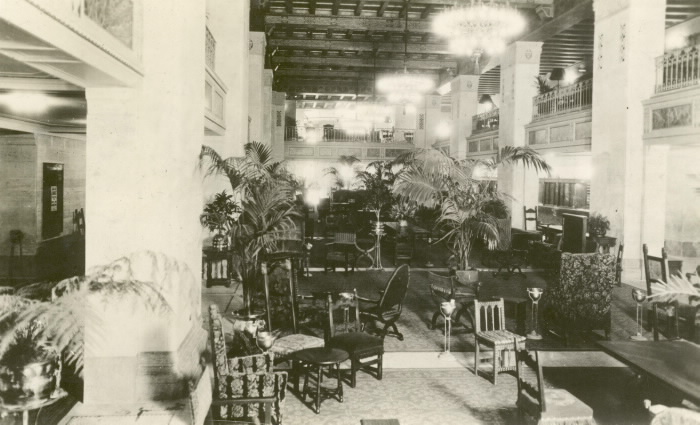 Women ought to be proud of this hospital. This hospital was inspired by women, staffed by women, and built on the faith of women…its equipment is second to none anywhere. And much of this modern equipment was secured through what we might call the frivolities of women, our little parties and pastimes. Every time we have a party we purchase some piece of medical equipment.

Mrs. Archibald Huestis, president of the Women’s College Hospital board, The Globe and Mail, September 22, 1942. 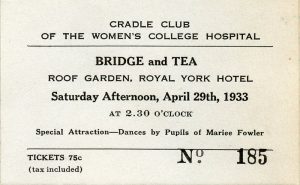 Ticket for the Cradle Club’s bridge and tea at the Royal York Hotel.

In order to compete with other women’s groups in the city for attention (and donation dollars), the Cradle Club developed special touches for its events – ones that reflected its unique mandate.

On April 5, 1941, for example, the Cradle Club hosted a tea and bridge for six hundred guests at the Arcadian Court, an Art Deco 2-storey arcade located at Simpson’s downtown department store. Instead of using floral decorations, the Cradle Club decorated the venue with clotheslines featuring “tiny garments, both sewn and knitted, to display one type of work done by the members of the club.” The event was well received and much talked about in the society pages.

Many of the Cradle Club’s famous fundraising events took place in the ballrooms of the Royal York Hotel.