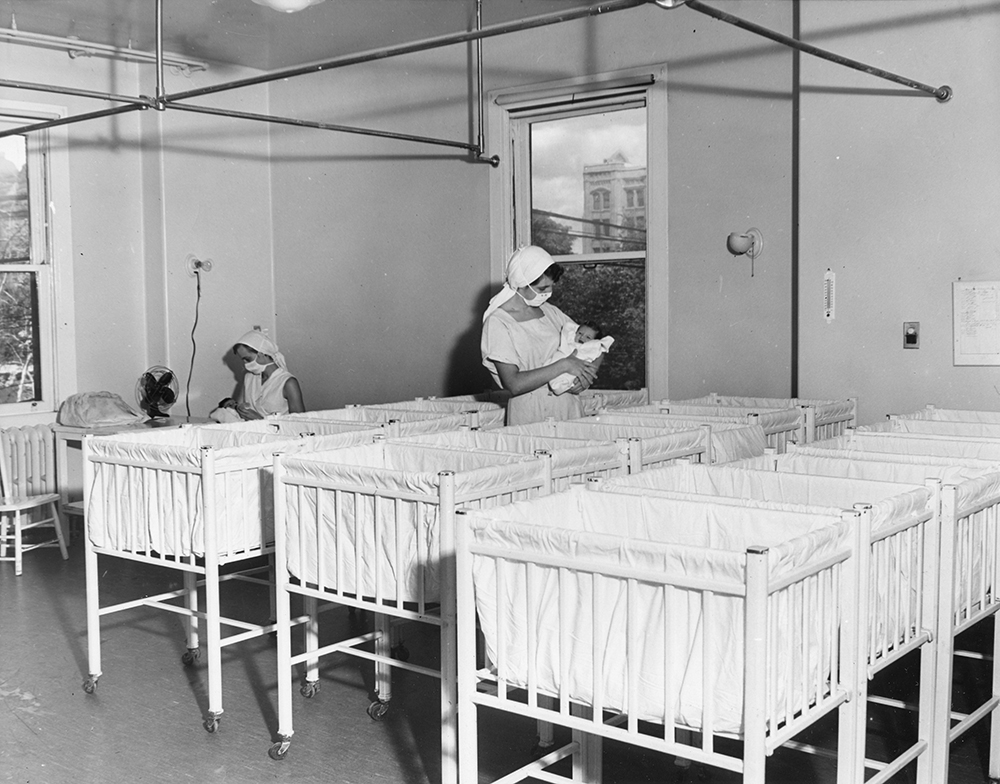 Nurses taking care of newborns in the nursery.

Their work and their wonderful cooperation and the money which they supply is absolutely invaluable to the Hospital and we are quite without words to express to those organizations, our appreciation of their untiring efforts on our behalf.

While the Cradle Club’s success was often measured in dollars raised and baby clothes sewn, its real value lies in the huge impact it had on the health of mothers and babies in Toronto, especially amongst the poor and working class. From 1932 to 1961, over 48,000 babies were born at Women’s College Hospital – all of whom were touched in some way by the charitable work of the Cradle Club. 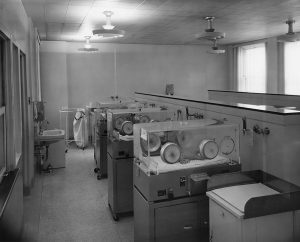 As the Cradle Club became more financially successful, it was able to expand its giving to the hospital. Soon it was funding anaesthetic machines, obstetrical instruments, laboratory equipment, and labour beds.

The Cradle Club even purchased the hospital’s first incubator! In 1940, when a baby girl was born at 2 pounds 11 ½ ounces, the Cradle Club quickly provided funding for the purchase of a special incubator specifically for the baby. Two months later, the baby doubled her body weight and her survival was directly attributed to the generosity of the Cradle Club. 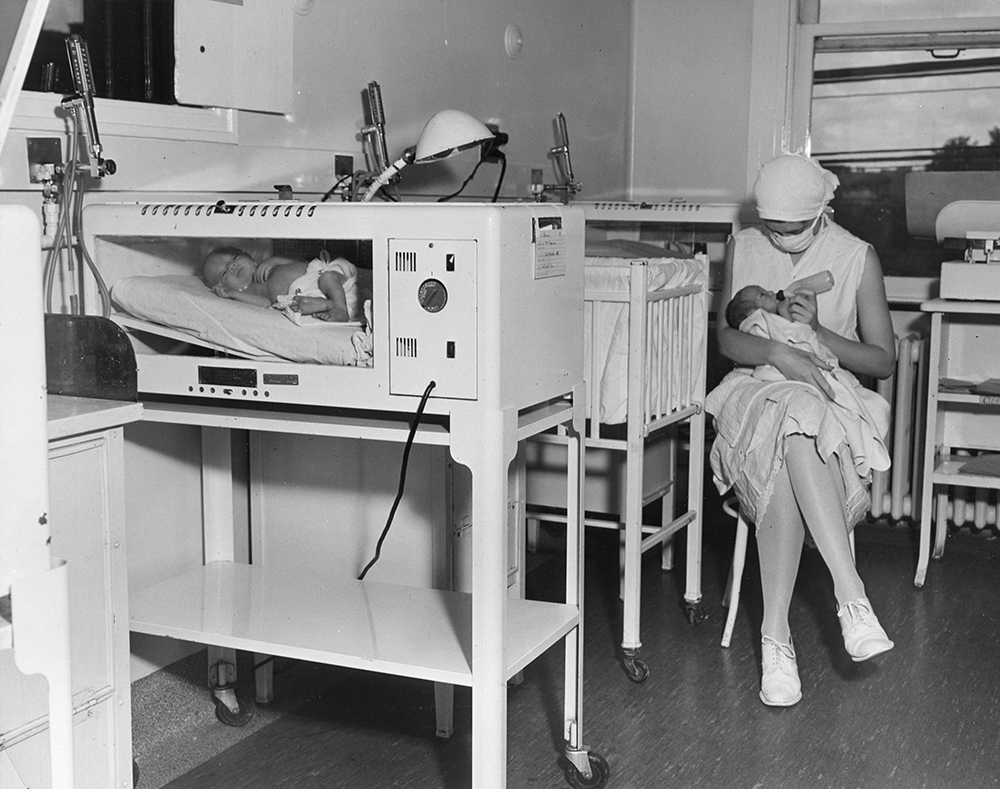 Newborns in the premature nursery.

Tragedy Strikes the Cradle Club Change on the Horizon