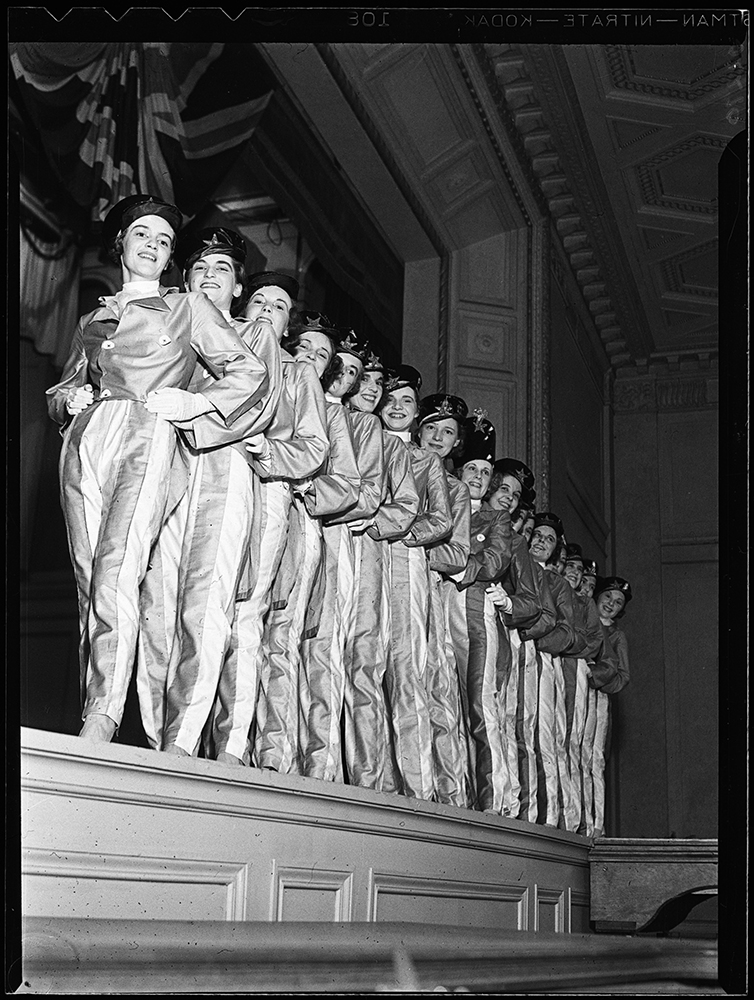 January Nite benefit to be a glamorous affair: Women’s College Hospital party has been anticipated for weeks as one of the winter’s most brilliant social events. 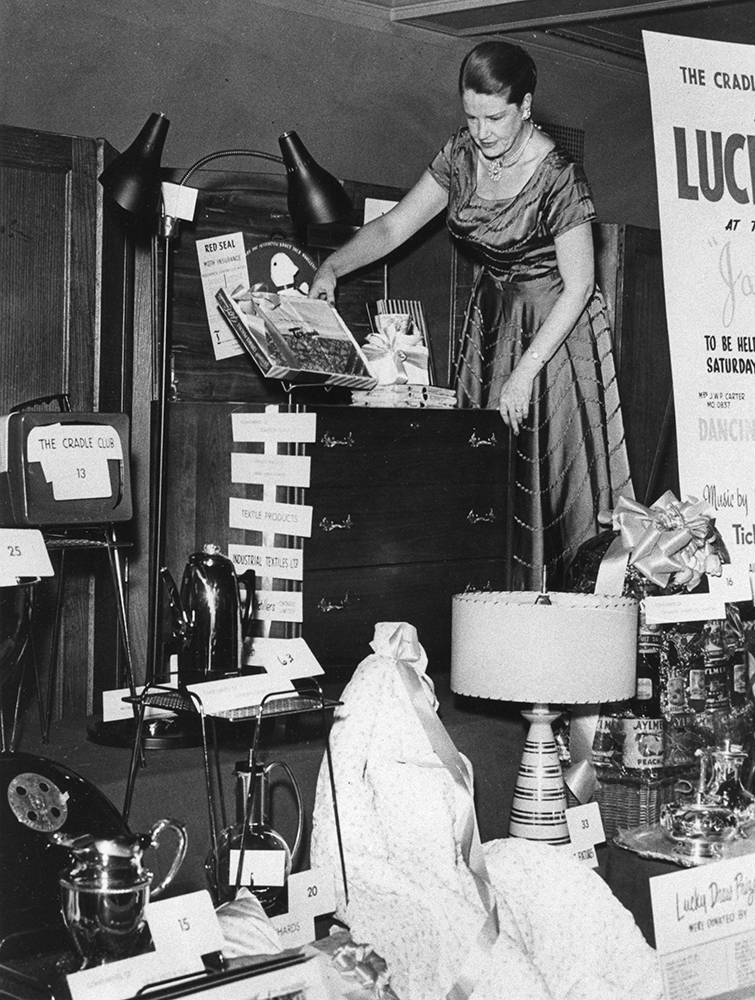 A Cradle Club member displays the prizes for the Hope Chest raffle.

On the last Saturday of every January from 1934 to 1970, January Nite, an annual fundraising gala for Women’s College Hospital, was held in the ballrooms of the Royal York Hotel. Ladies wore their most elegant ball gowns. Men dressed in tuxedos and formal suits. The event featured dancing, bridge, and musical entertainment.

Over the years, the event raised thousands of dollars for the hospital, enabling it to purchase modern equipment for its x-ray department, laboratories, and blood bank.

A few years later in 1938, the Cradle Club introduced the Cradle Club Hope Chest Raffle. The raffle proved to be both popular and financially lucrative. In the spirit of a traditional hope chest, whereby unmarried women collected household items in anticipation of their marriage, the Cradle Club’s hope chest contained “all sorts of treasures dear to a woman’s heart.”

The highly anticipated annual raffle was widely reported on in the society pages. Noteworthy raffle prizes included a pedigree puppy in 1941, as well as linen and lingerie in 1946, which in post-World War II Canada were “so difficult to obtain.” 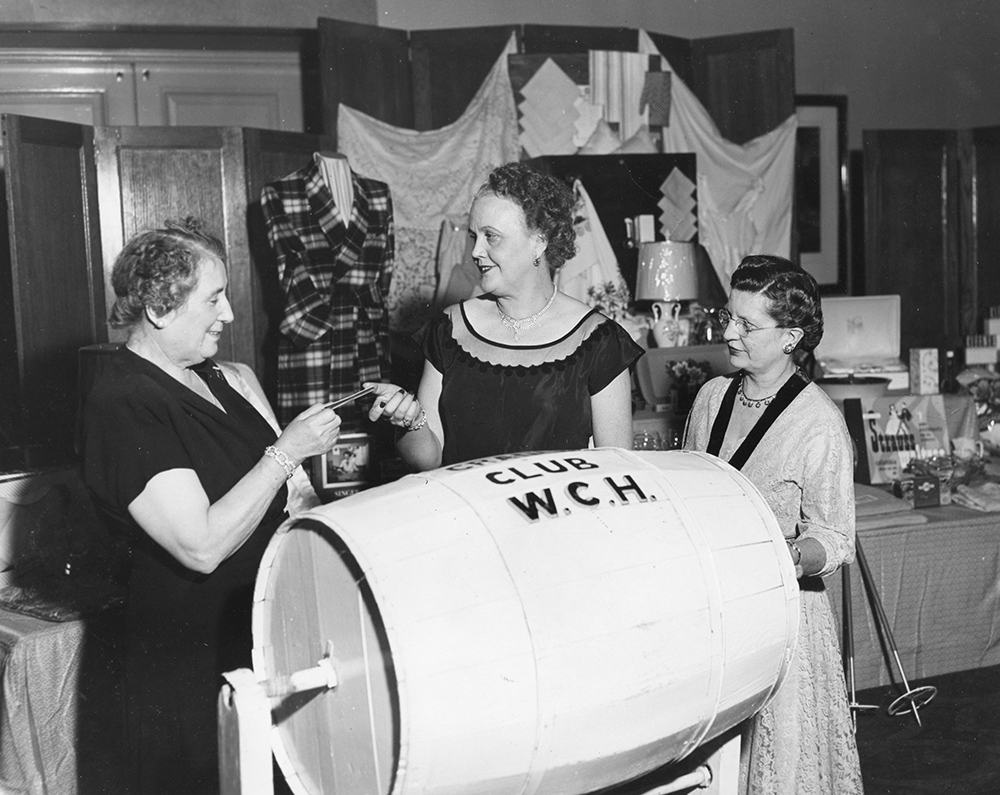 Drawing the winning ticket for the Hope Chest raffle at January Nite.