May we say that the Cradle Club suffered a very serious loss in the tragic death of our beloved president, Mrs. Gordon Neill. We were all so stunned that at first, we felt it was impossible to carry on without her help and leadership, but the wonderful work she inaugurated and our loyalty to her ideals and aspirations encouraged us to go on and carry out those plans in this work so dear to her heart. We are proud to have a memorial for her in the new Hospital and we assure you that the “Peggy Neill Nurseries” will always be well supplied.

Mrs. Charles Levy, vice-president of the Cradle Club at the hospital’s annual meeting held on November 5, 1935. 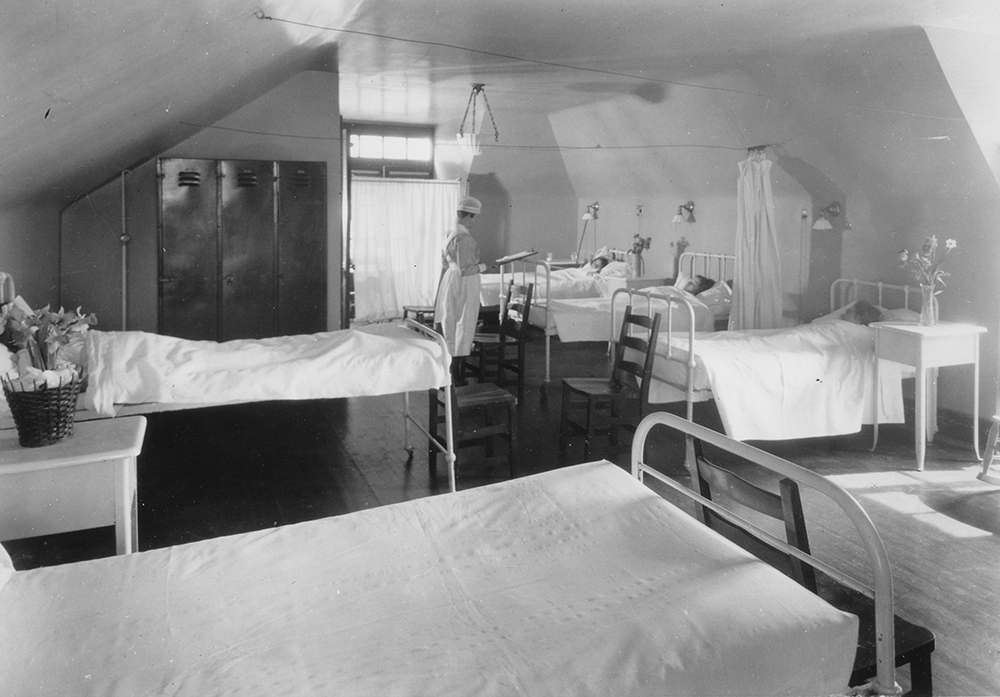 All the members of the Cradle Club, hospital board, and medical staff were stunned and heart-broken when they learned of the death of twenty-four year old Peggy Neill, founder and president of the Cradle Club.

Only eight months earlier, they were so excited to learn that she was pregnant with her first child. Peggy had dedicated so much of her time to improving maternal health in Toronto, and now she was to become a mother.

Unfortunately, complications during her eighth month of pregnancy brought Peggy to Women’s College Hospital. She suffered an embolism and twelve hours later, she died. Immediately after her death, the doctors tried save her baby who was delivered by caesarian section. Unfortunately, she died as well. Peggy and her daughter were buried in Mount Pleasant Cemetery in Toronto on August 28, 1935.

In Peggy’s memory, the Cradle Club vowed to continue its important work in reducing maternal mortality rates through improving the quality of health care for women. The club donated an additional $1,000 to establish a new public nursery on the third floor of Women’s College Hospital. It was called the Peggy Neill Nurseries.

Happy Holidays! The Value of the Cradle Club’s Work