Knitting at the Cradle Club meeting. 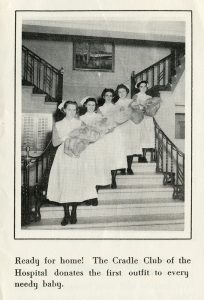 For over a year, Cradle Club member Dorothy Kerr had tirelessly sewn baby clothes at club meetings and at sewing bees hosted by the mothers of club members. To her surprise, it was announced at the Cradle Club’s annual meeting that she had won the prize for the most baby garments sewn for the year 1932. She was presented with a hand embroidered guest towel as a prize. To her delight, Dorothy was proud to see her name published in every major Toronto newspaper the next day!

Sewing was an important part of being a Cradle Club member. In the beginning, the club promised that all “babies at the public nursery of the Women’s College Hospital [will] begin life in snug, warm garments sewn by members of the Cradle Club.” From then on, each year the club donated between one thousand and three thousand items of handmade baby clothing, linens, and nightgowns to new mothers and babies.

To ensure that every Cradle Club member was doing her fair share of sewing, the club developed a complex points system that was outlined in the club’s rulebook. The rules were strictly enforced and no excuses were accepted.

Rules relating to the production of sewn and knitted garments. 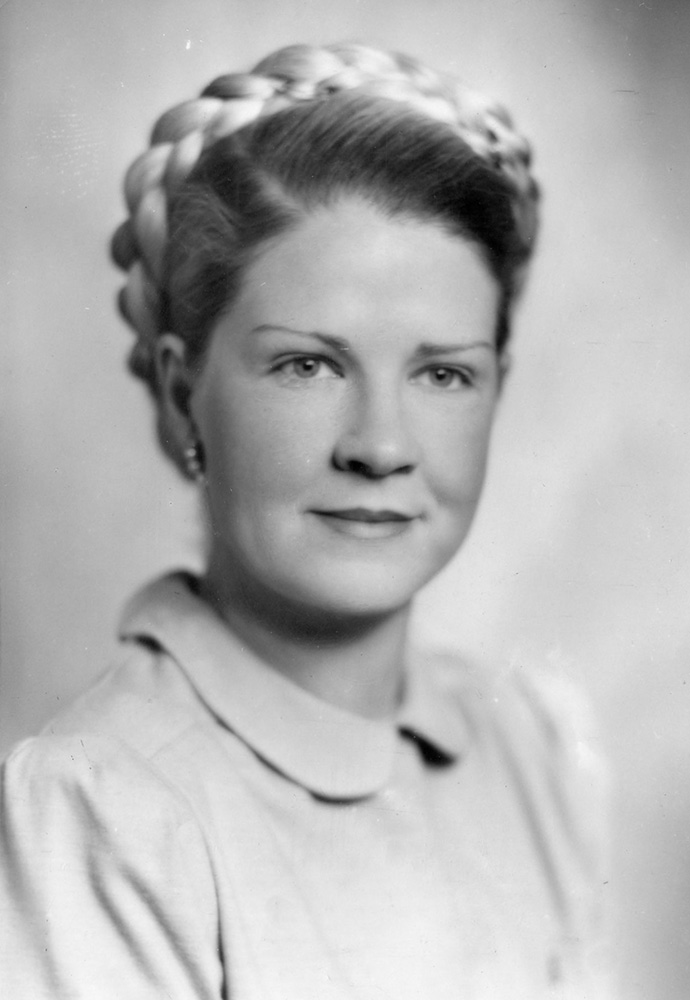 Mrs. J.W.P. Carter won the annual prize for most sewing points many times during the 1950s.