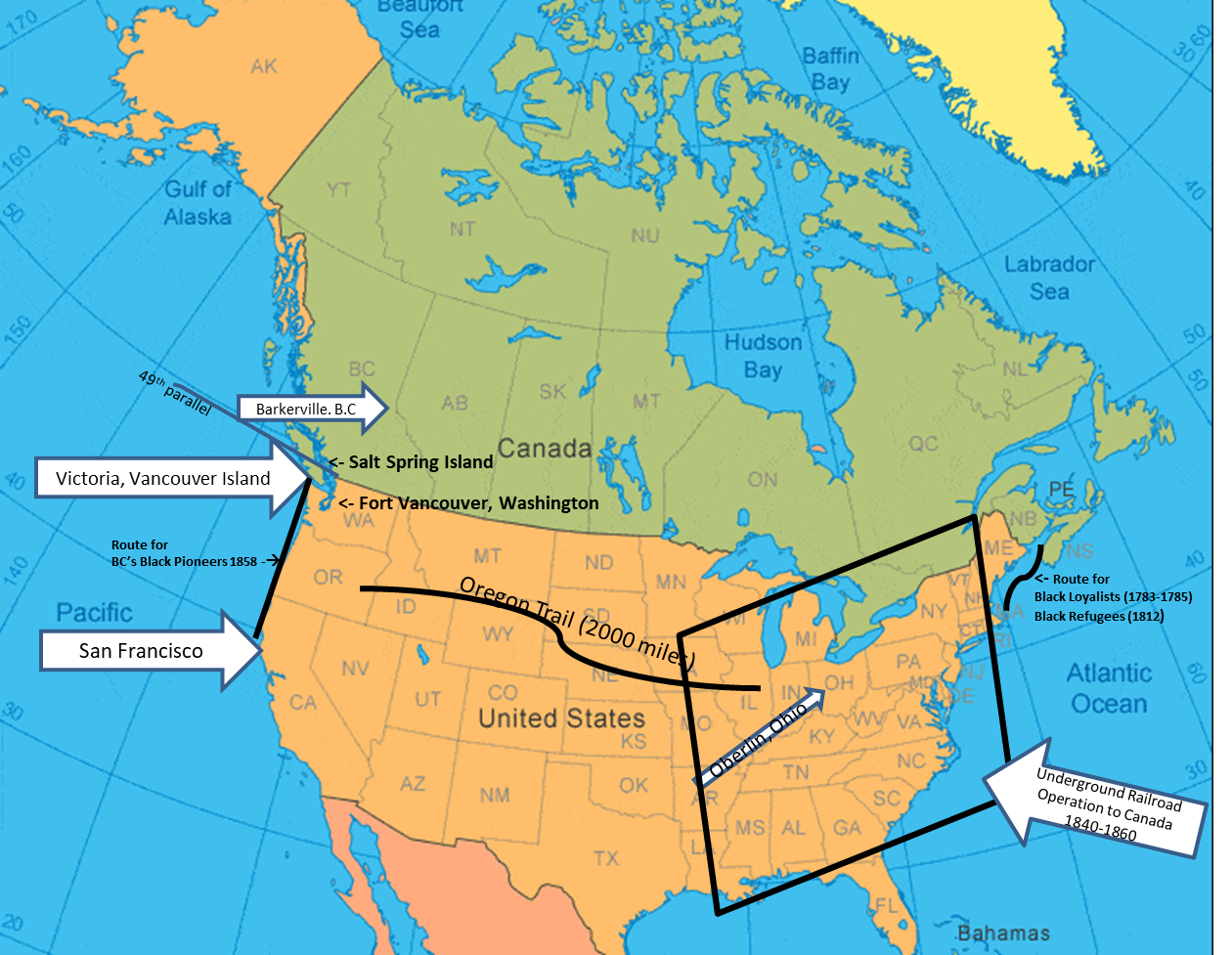 Annotated by the BC Black History Awareness Society

Black migrations to Canada from the United States took place largely between 1780 and 1863. A provision in Canada’s 1793 Act to Limit Slavery stated that any enslaved person who reached Upper Canada became free upon arrival which sparked a wave of Black settlers travelling mostly on their own.

The Slavery Abolition Act for the British Empire, which included Canada, received royal ascent on August 28, 1833. It was 30 years later that United States President, Abraham Lincoln issued the Emancipation Proclamation on January 1, 1863.

• Black migration from what is today known as the United States to Canada includes Black Loyalists sailing from the northeastern United States to Nova Scotia circa 1783 – 1785 after the American War of Independence.
• Black Refugees route to Nova Scotia, arriving after the War of 1812.
• The largest number of Blacks, estimated to be 50,000 arrived via the Underground Railroad. While Blacks were coming to Canada with help via secret pathways and help from abolitionists, the term “Underground Railroad” began to be used in the 1830s.
• Blacks were also escaping the southern slave states to western free states via the Oregon Trail, a 2000 mile journey that took up to 6 months. Two of the British Columbia Black pioneer families who crossed the Oregon Trail are the Alexander and the Estes families.
• Many of the Black Pioneers that arrived on Vancouver Island in 1858 came by steamer from California but we also know that some also came overland, including Louis Stark, driving a herd of cattle.