The community of Bell Island commemorates important anniversaries of the U-boat attacks and sinkings. A large memorial ceremony was held for the 75th anniversary at the Seaman’s Memorial in Lance Cove on September 16, 2017. 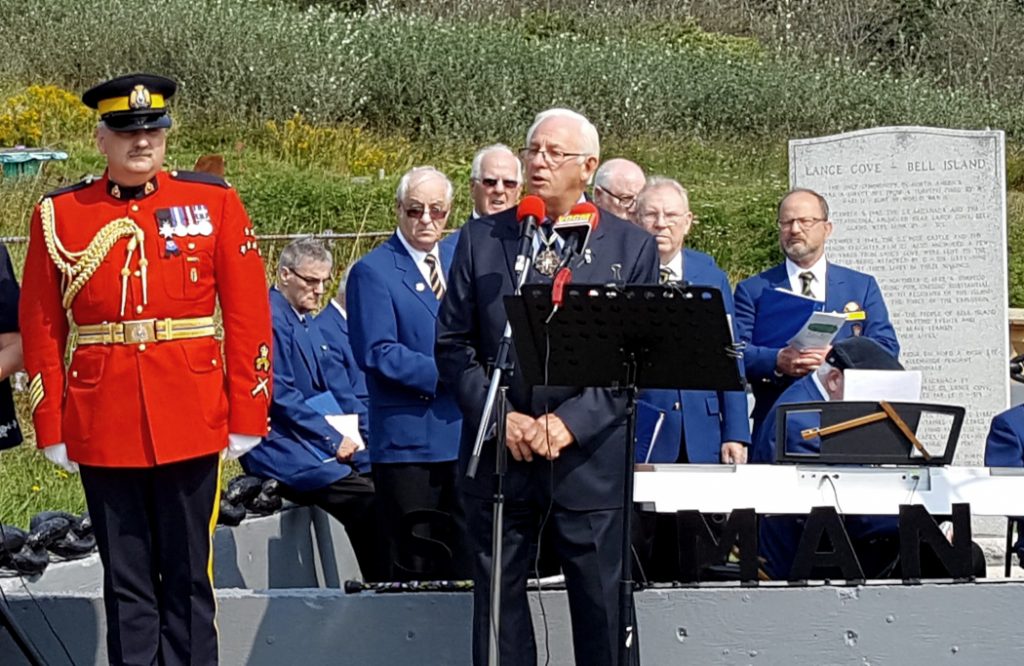 Dignitaries attending the ceremony included the Lieutenant-Governor of Newfoundland & Labrador, federal and provincial Cabinet Ministers, members of the Canadian Senate, Parliament and Provincial House of Assembly, a Rear-Admiral from the Royal Canadian Navy, the Consul-General of France, the mayor of Wabana, an honour guard from HMCS Cabot, Branch 18 of the Royal Canadian Legion, the Church Lads Brigade band, eyewitnesses of the attacks, World War II veterans, the Bell Island Army Cadet Corps, and members of the clergy. 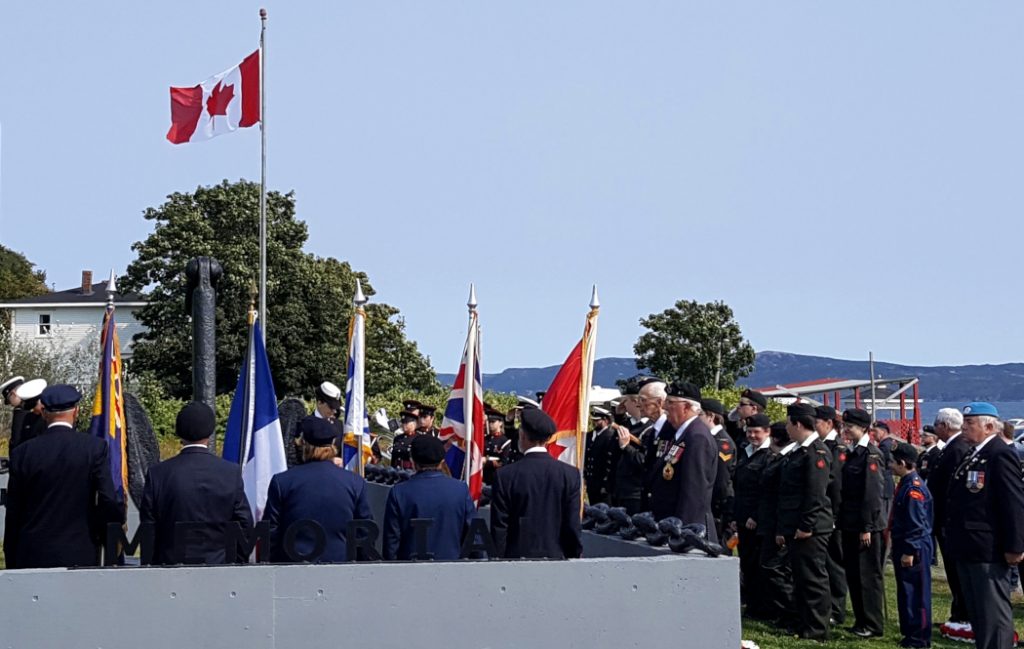 The large crowd, which included many Bell Islanders, paid their respects by listening to speeches of remembrance and the naming of each sailor who lost his life, praying, observing the Last Post and Act of Remembrance, placing wreaths at the memorial, and watching as divers from the Royal Canadian Navy placed a wreath on each of the four shipwrecks nearby. Emotions ran high as everyone remembered more than 60 sailors who lost their lives in 1942. 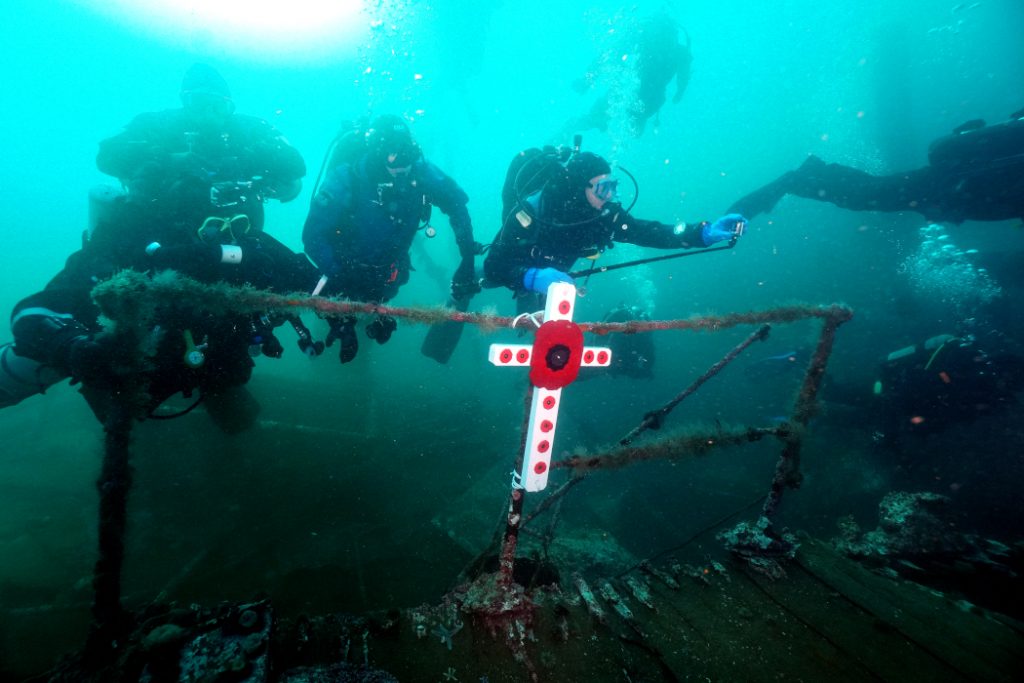 Scuba divers place a cross on shipwreck for Remembrance Day

Each year around November 11, Ocean Quest Adventures takes local scuba divers out to lay a wreath or cross on one of the Bell Island shipwrecks and remember the sacrifices made by the sailors on the four ships in 1942. Listen as Rick Stanley tells why it is so important to remember.

View the video interview with Rick Stanley with transcript