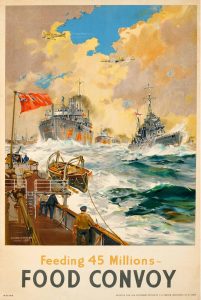 At the beginning of World War II, Britain’s Royal Navy had more surface warships than their German foe. The German Navy, however, had more submarines. Britain depended on merchant ships carrying supplies across the Atlantic Ocean from Canada and the United States, to continue the fight against Germany. The German Navy responded by ordering its U-boats to sink enough Allied ships to starve Britain of food, raw materials, and war supplies. 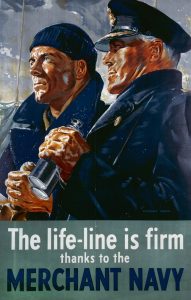 In 1942, it looked like the German Navy was winning this Battle of the Atlantic. Between January and August, German U-boats sank 750 Allied cargo ships and 15 warships crossing the North Atlantic Ocean. In contrast, the Allies only managed to sink 33 U-boats in the same period. Germany was building U-boats faster than the Allies could sink them, so the U-boat threat increased each month. No Allied ship in the North Atlantic or sailor onboard felt safe from the U-boats. 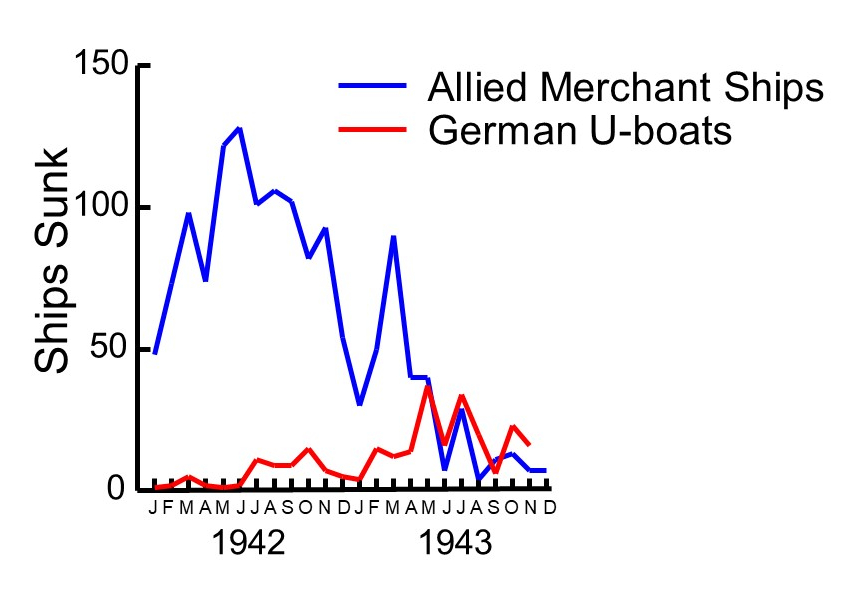 Winston Churchill, the wartime prime minister of Great Britain, later confessed “The only thing that ever really frightened me during the war was the U-boat peril.”

In addition to the attacks on Atlantic convoys, U-boats started patrolling the waters and sinking ships in the Gulf of St. Lawrence and around the coast of Newfoundland in 1942. This new danger became painfully clear when U-boats arrived in the waters off Bell Island.