Four fully-loaded ships were anchored in Bell Island Tickle on the morning of September 5, 1942. Two more ships were loading iron ore at the Scotia and Dominion piers. At 11:46am, a terrific explosion on the ship Saganaga sent two sailors, decking and ore high into the air. Another explosion occurred moments later, as a second torpedo struck the ship. Cut nearly in two, Saganaga sank in just 30 seconds. The crew had no warning of the attack and many drowned inside the sinking ship. Twenty-nine sailors died in the attack. The survivors struggled to swim in the cold seawater, crying out for help. 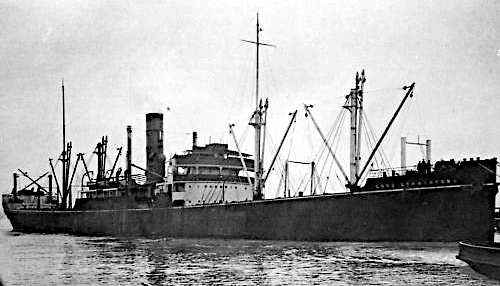 Lord Strathcona was anchored a half-kilometre from the sinking Saganaga. Third Officer Glasgow on Lord Strathcona ordered the crew to lower the lifeboats and abandon ship. As they started, something struck the stern of their ship (it was the conning tower of the U-boat). Sailors onboard Lord Strathcona wondered if this was a German torpedo that hit and failed to explode. They worked faster to get away the lifeboats. 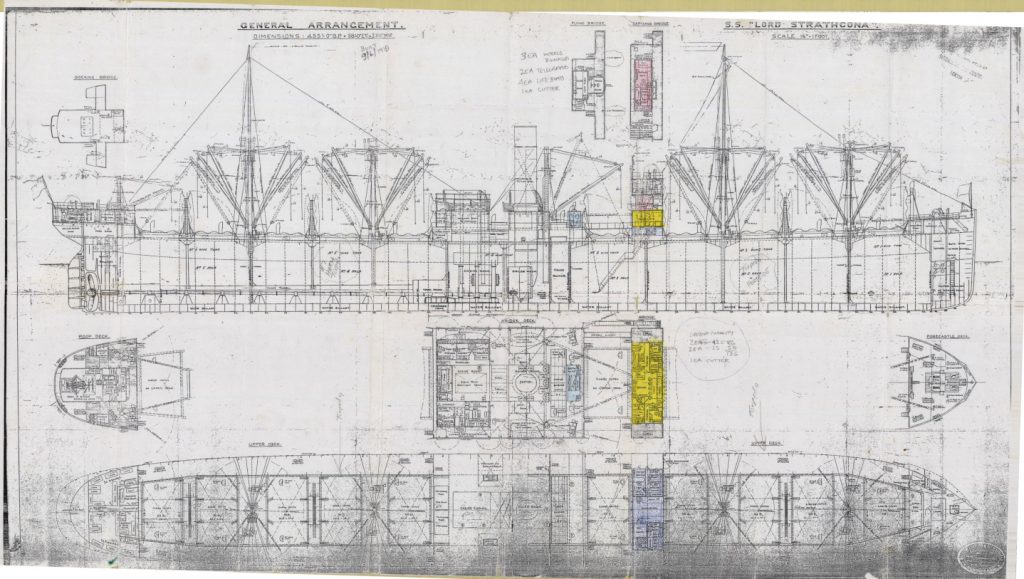 Lifeboats from several nearby ships picked up survivors and bodies from where the Saganaga had sunk. By noon, a Customs boat from Bell Island had picked up four survivors and was heading into Lance Cove. Suddenly a torpedo passed right underneath it and continued on to strike Lord Strathcona at 12:17. A few seconds later, a second torpedo hit Lord Strathcona and exploded. The ship sank in 90 seconds, but her crew were all safe in the lifeboats. 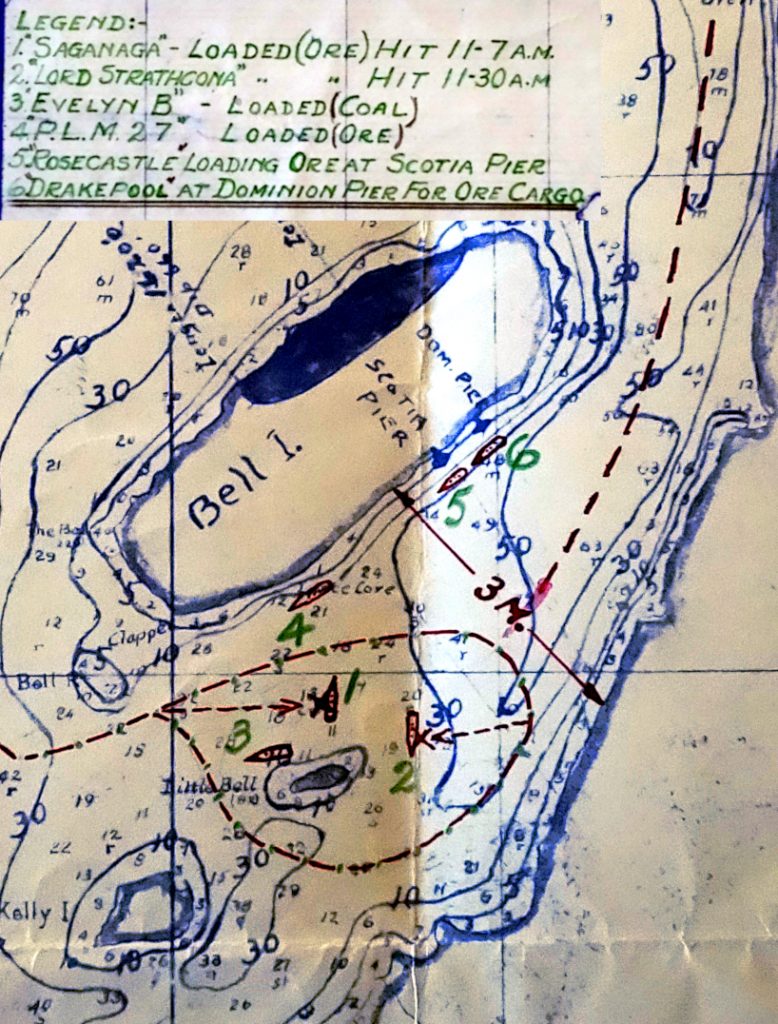