The events of 1942 left a deep impression on Bell Islanders past and present. As part of commemorating the sinkings and the sailors who lost their lives, Bell Islanders have created memorials, artwork, books, and other objects to help them remember. 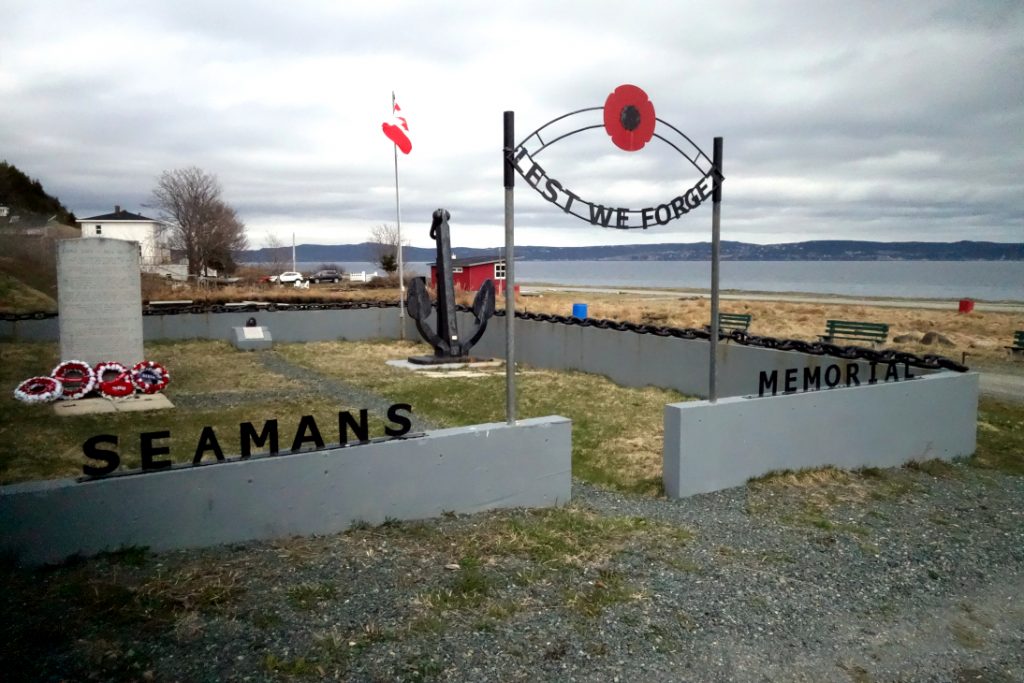 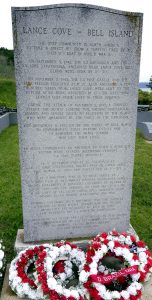 The Seaman’s Memorial in Lance Cove was created in 1994 by Branch 18 of the Royal Canadian Legion, to commemorate the sinkings and the 65 sailors who died so close to Bell Island. A granite monument summarizes the events and lists the names of the sailors lost from each ship. Nearby an anchor recovered from P.L.M. 27 keeps watch beside a flagpole flying the Canadian flag. The memorial is encircled by anchor chain. The words “Lest We Forget” and a poppy top the gateway into the site. 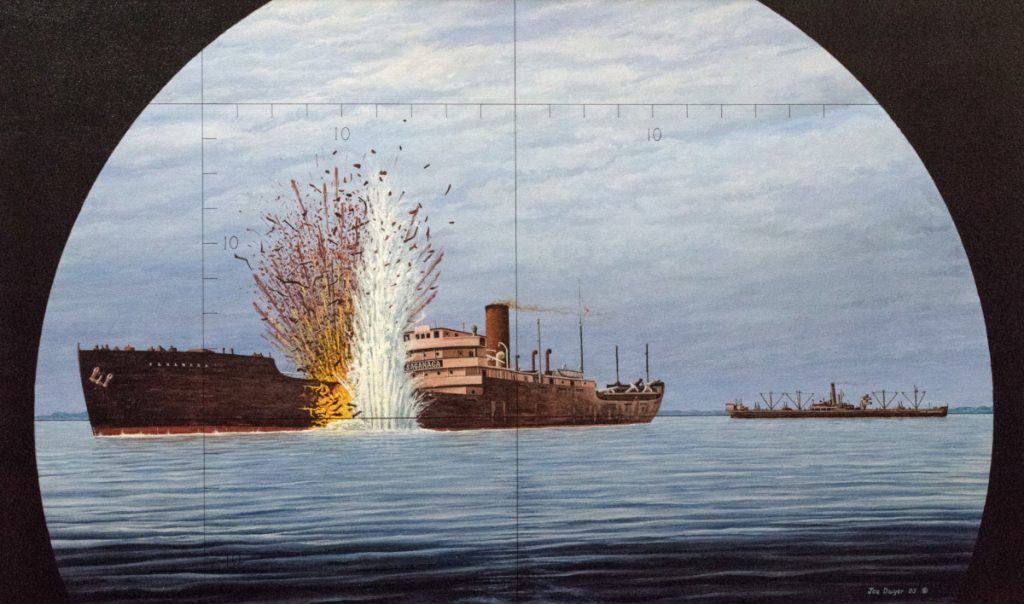 Sinking of the Saganaga by Joe Dwyer

Paintings of the U-boat attacks and sinkings include the Sinking of the Saganaga by Joe Dwyer. This paintings is exhibited at the Bell Island Community Museum, donated by the Cambridge Newfoundland Club. Another painting in Branch 18 of the Royal Canadian Legion shows a coastal gun overlooking the Tickle.

Many books include accounts of the Bell Island attacks but the most complete history is in the late Steve Neary’s The Enemy on Our Doorstep. 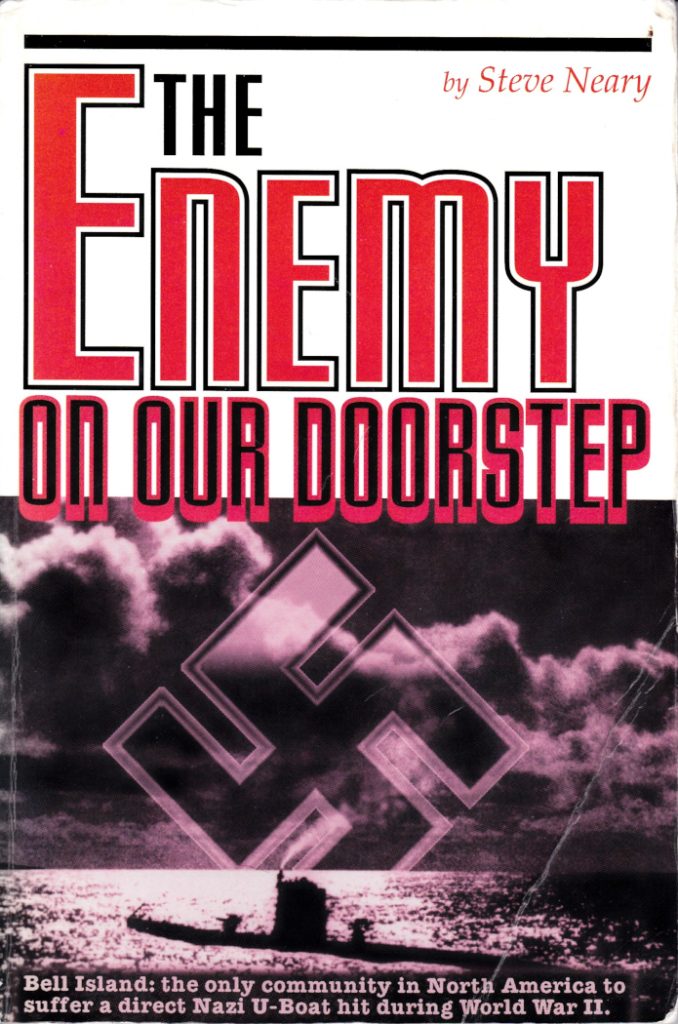 Steve Neary’s book “The Enemy on our Doorstep”

Many families on Bell Island have stories of witnessing the U-boat attacks, of helping rescue and care for the survivors, of recovering and burying the dead. Those stories have now passed from parents to children and grandchildren.