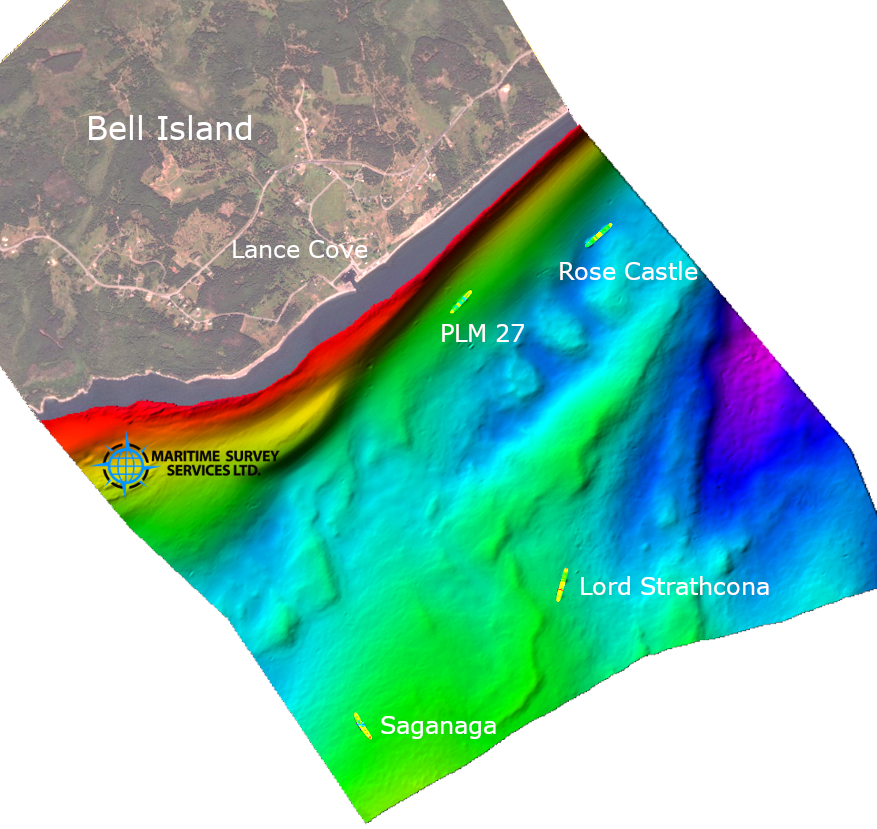 The four Bell Island shipwrecks together represent a submerged battlefield. Studying this battlefield can provide insights into the U-boat attacks on the ore vessels, which along with reports and testimonies from eyewitnesses can be used to reconstruct the torpedo attacks in 1942.  It may also be possible to relocate unexploded torpedoes, still lying on the sea bottom today.

The Bell Island shipwrecks are being studied by maritime archaeologist Ken Keeping and the Shipwreck Preservation Society of Newfoundland and Labrador. Ken utilizes high-resolution multibeam sonar to generate three-dimensional (3D) models of the four shipwrecks and their surrounding environment. The vivid sonar images of the four shipwrecks clearly show the tremendous damage done by the German torpedoes. By repeating these sonar surveys over several years, it is possible to monitor changes in the ship’s structure over time.

First-hand accounts from divers and sonar data complement each other, confirming that the four steel shipwrecks are slowly collapsing as their steel hulls and superstructures rust and weaken in the saltwater. What is clear is that the shallowest shipwreck, P.L.M. 27, is in the worst condition, while the deepest shipwreck, Rose Castle, is the best preserved of the four wrecks. This may be due in part to stronger wave action, increased human accessibility and warmer temperatures in shallower waters, which can speed up the deterioration of steel shipwrecks.