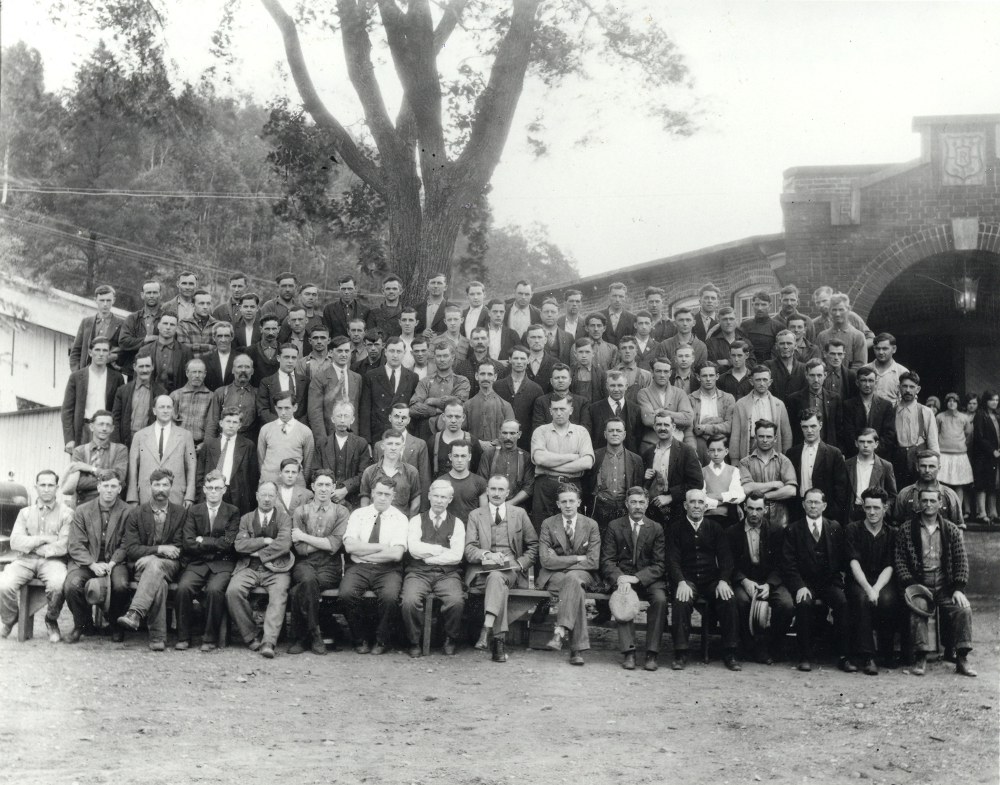 Employees at the Mont-Rolland plant, 1927.

Often, working for “La Rolland” was literally a family affair: when one employee started there, the entire household followed! The Bouvrettes were a prime example: in 1921, Camille started work for the company, followed soon after by his two brothers. All five of his sons then went to work for Rolland, along with two of his grandsons. Recently, one of his great-granddaughters was hired. The Bouvrettes, with a combined 375 years of service with “La Rolland,” are just one of many such families. The history of the company records more than 75 families with a combined 125 or more years of seniority in its ranks. But kinship could have its disadvantages as well as its advantages: for example, when Albert Tessier died in 1975, eleven employees took the standard three days’ leave granted upon the death of a close relative—which promptly threw the finishing department into disarray. 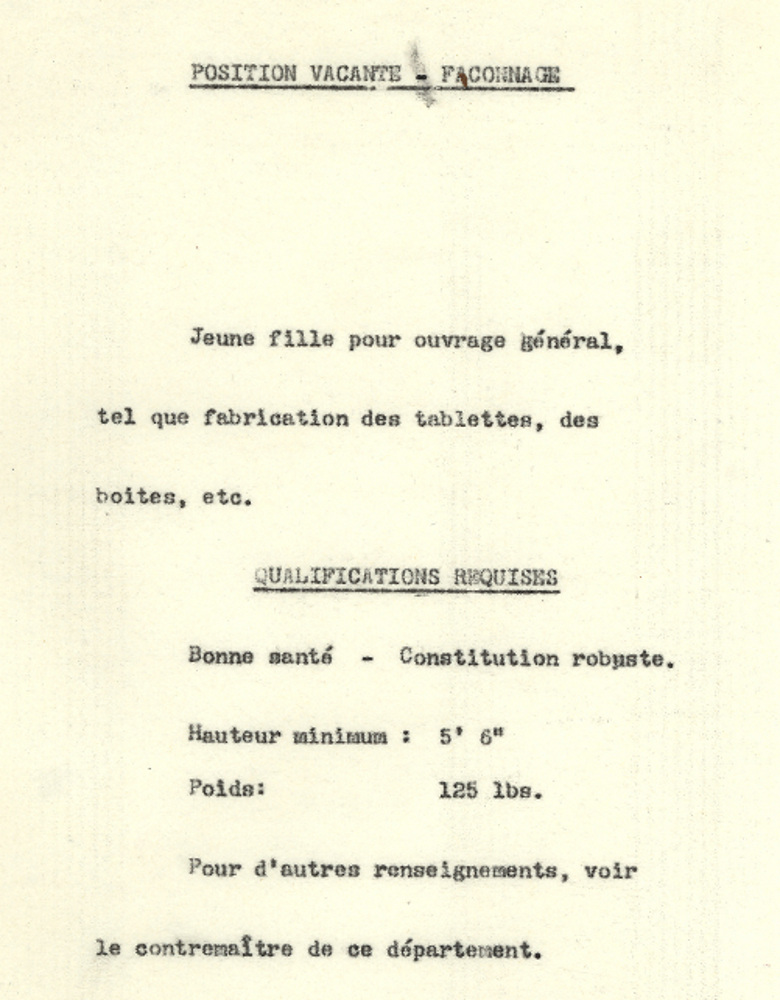 From the earliest days of the company, certain duties were assigned to women and girls, while if physical effort was required, the position was filled by a man. Rag pickers, counters and production checkers tended to be women, while the tasks of manufacturing paper on the machines and handling rolls and pallets were performed by men.

In 1883, wages started at 4 cents an hour and employees were often on duty Monday to Saturday, earning $4.80 for two weeks’ work. 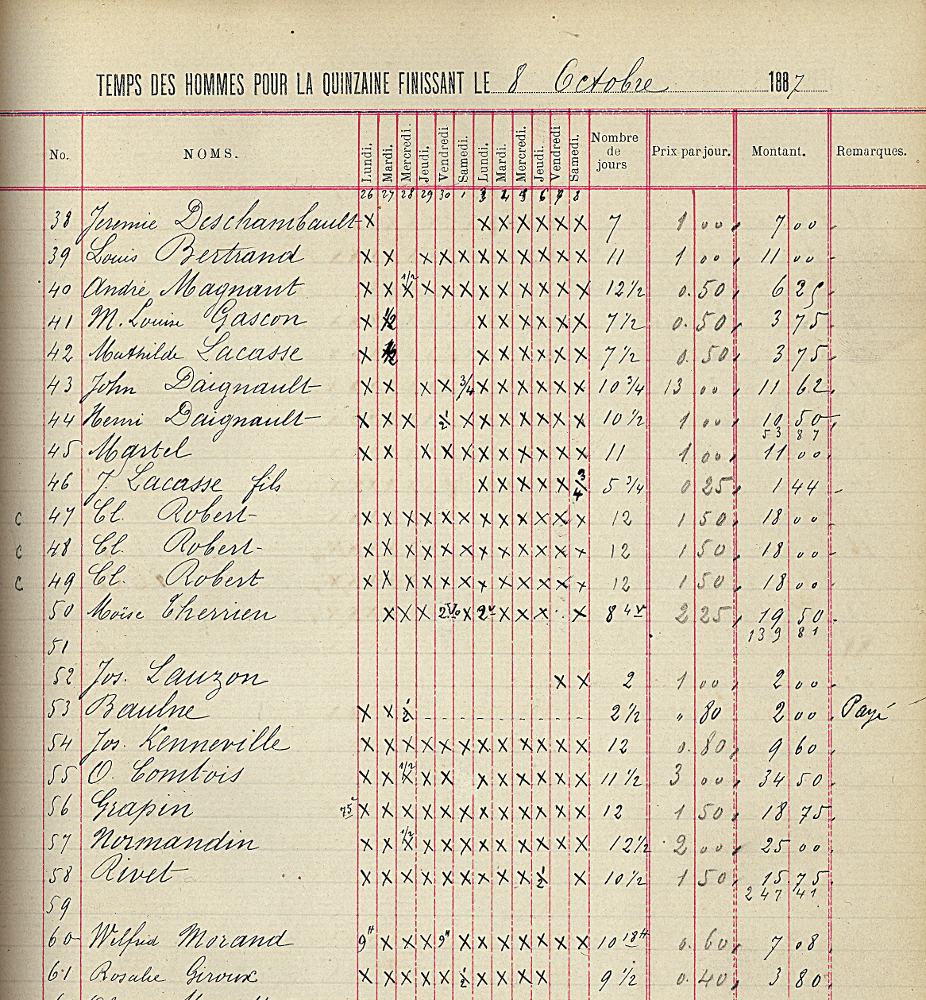 The career path of a former employee, Joseph Thibodeau, gives a good idea of the tasks that were entrusted to men. He started at Rolland in 1929 at 22 cents an hour. For his first seven years, he worked in glue manufacturing. A regular day’s work was ten and a half hours, and the night shift was thirteen and a half hours. Later, he was assigned general tasks outside the mill, including unloading coal by shovel, which was done at a rate of 110 tons per day.

Work at the Rolland Company recounted by former employees (subtitles in FR and EN) – Watch the video with transcription (EN).