For years after the mill was founded, rudimentary techniques were largely used on the floors of the converting and finishing departments. Once paper came off the machines and was dried and cut, work proceeded on a smaller scale, performed by various people. The majority of employees could be found in these departments. 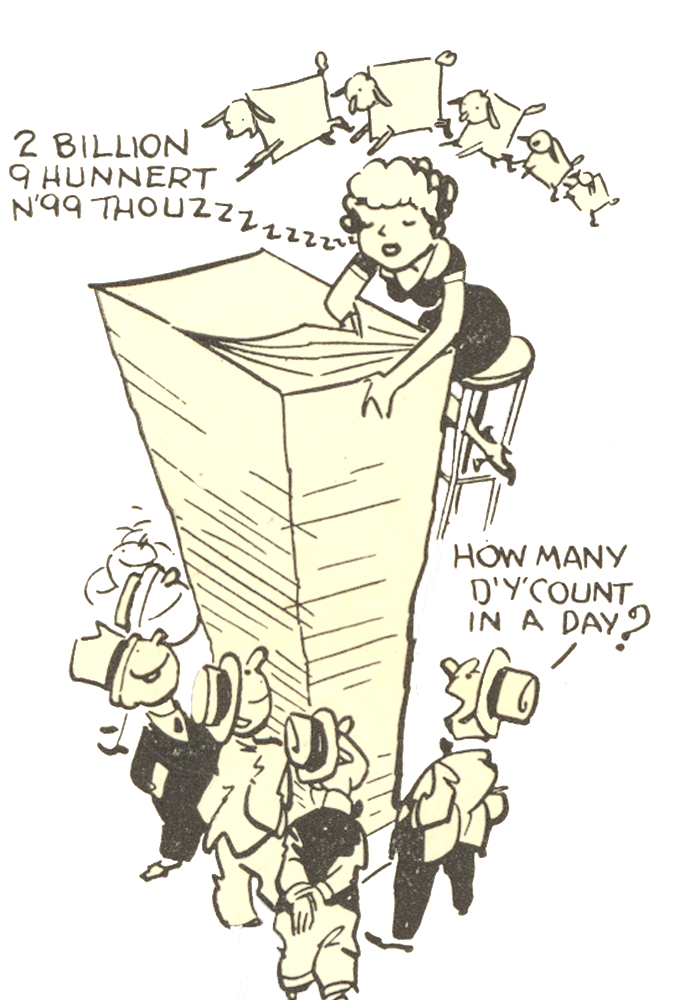 Cartoon of a counter at the Rolland Company, 1936.

The sheets of paper first had to be inspected individually, on both sides, for grains of dust, holes, or creases.

The sheets then had to be hand-counted into reams, each of which contained 500 sheets. The most experienced of the counters, who were all women, could count between 15,000 and 20,000 sheets in an hour. 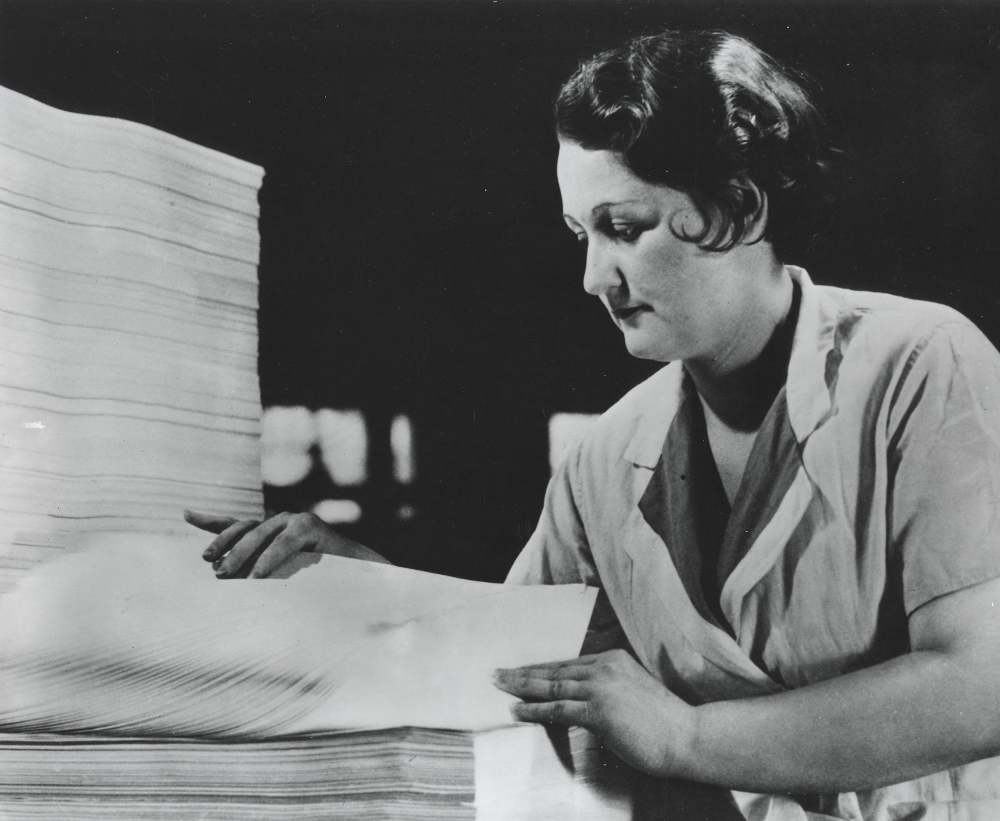 They had a special technique: fold back one corner of the stack of paper, spread it like a fan, and count sheets by fours with one finger, up to 125 for a total of 500 sheets. Men then wrapped the counted reams of paper, along with rolls of paper, for shipping. One male worker typically prepared up to 400 reams and about twenty rolls per day.

Beginning in 1970, more efficient machines—including cutting knives with built-in counters and automatic packing machines—were introduced, replacing several employees. At that time, though, the plant’s workforce still numbered about 1,000, and Rolland was one of the biggest employers in the region. In the late 1990s, the converting and finishing department was transferred to a dedicated facility in the Saint-Jérôme industrial park. 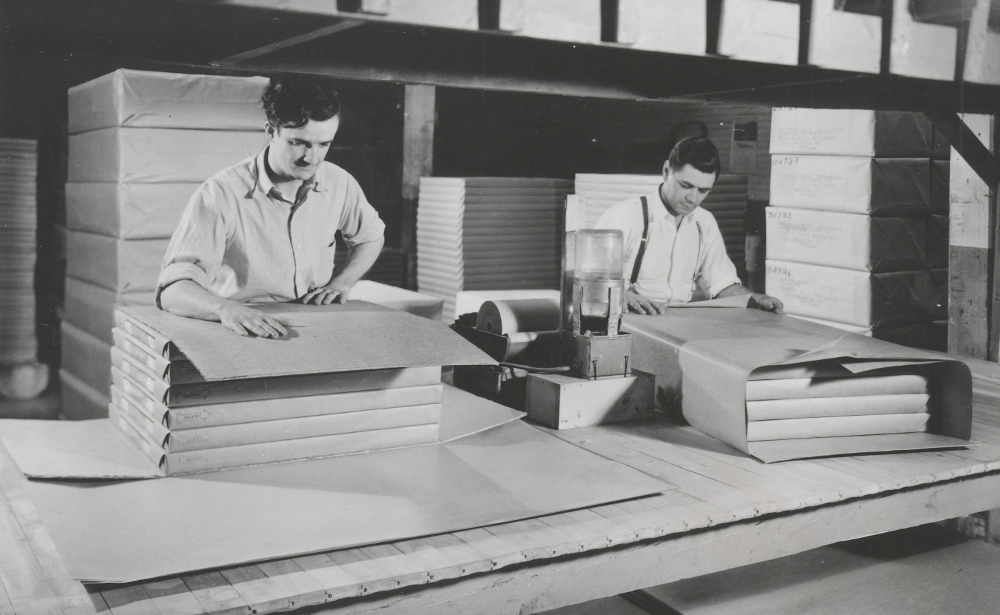 Women who worked for “La Rolland” generally held positions in finishing, either as inspectors or counters. They were all young, having not yet started a family. As the Church still held sway at the time, as soon as a young woman got married, she would have to leave her job to devote herself to raising her family. Female employees of the company had many suitors, and often took breaks on what was known as the passerelle des amoureux—the “lovers’ walkway.”

Working as a counter at the Rolland Company (subtitles in FR and EN) – Watch the video with transcription (EN).