As soon as the first sheet was made, Stanislas Rolland—who was the plant’s manager, head of manufacturing, maintenance and repairs engineer, chemist, and accountant all at once—was unwavering in his resolve to produce the finest paper anywhere. 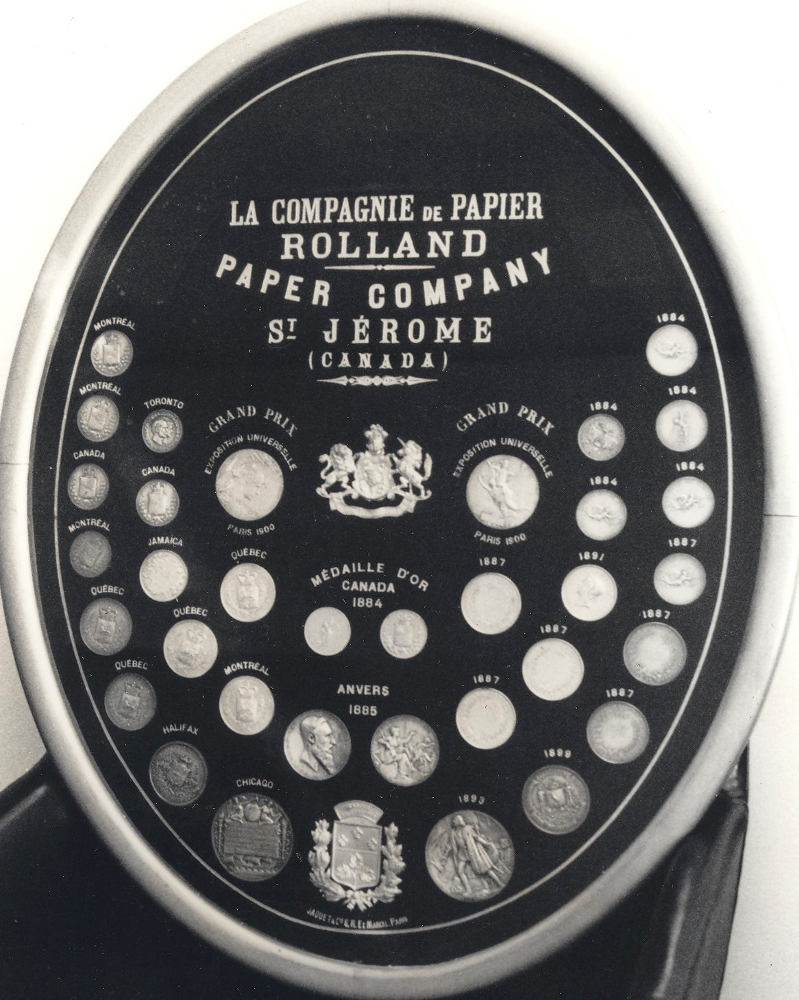 Medals awarded to the Rolland Company over the years.

The employees supported him unreservedly and put their hearts into their work—so much so that within a year, in 1884, all their efforts were rewarded spectacularly. At the Dominion Exhibition, held in Montreal that year, the company won no fewer than six medals for the quality of its various types of paper.

The following year, Superfine Linen Record, the first superior-quality 100%-cotton-fibre paper made in Canada, won the Silver Medal at the World’s Fair in Antwerp, Belgium. In the ensuing years, the company took part in many similar expos, winning more awards. Before long, Rolland was the second largest paper company in the country, after the Canada Paper Company. 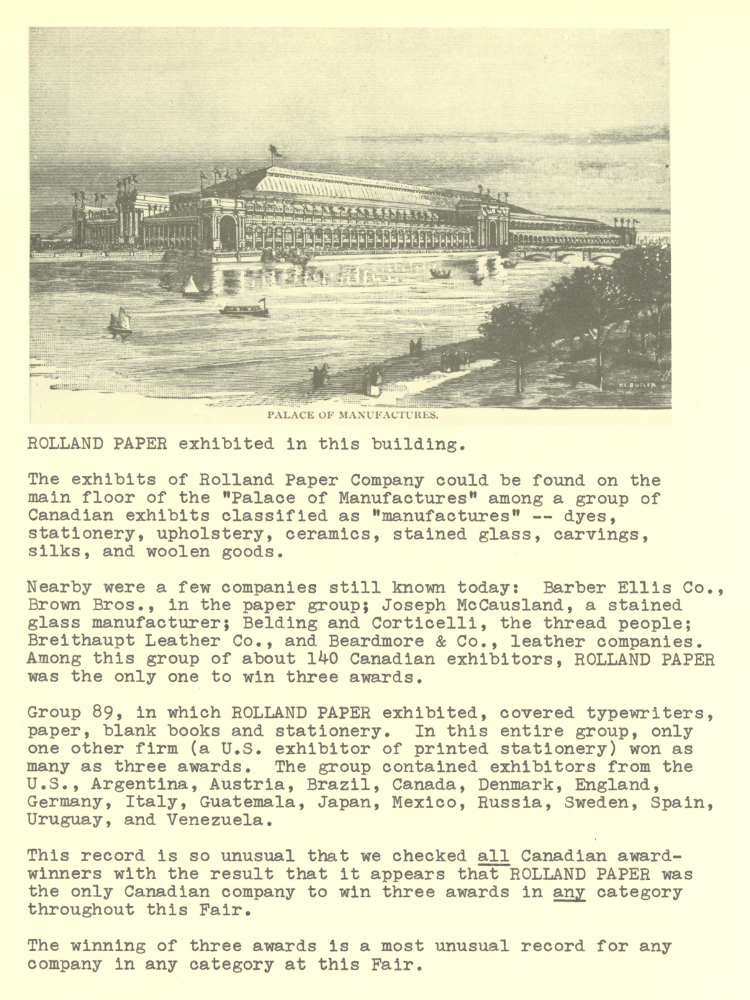 The Rolland Company at the Chicago World’s Fair of 1893.

And the burgeoning success story didn’t end there: in 1893, the company made its mark at the Chicago World’s Fair, winning three awards in different categories, a feat practically unheard of at such events. Then, in 1900, Superfine Linen Record took the Grand Prix at the Paris World’s Fair (Exposition Universelle) in recognition of its superior quality.

With this string of distinctions and constant innovation, the Rolland Paper Company grew its reputation across Canada and internationally.

It was with pleasure and pride that we learned of the huge success earned at the Exposition universelle by the Rolland Paper Company. [. . .] It must not be forgotten that the company had to compete against papers from all countries and that the Grand Prix is the highest distinction awarded at the Exhibition.

As many newspapers across the province pointed out, these honours were a credit not merely to the city of Saint-Jérôme, but to the province of Quebec and the country as a whole. This was a huge acknowledgement for a French-Canadian family that had succeeded in breaking through in a primarily English-speaking industrial environment. 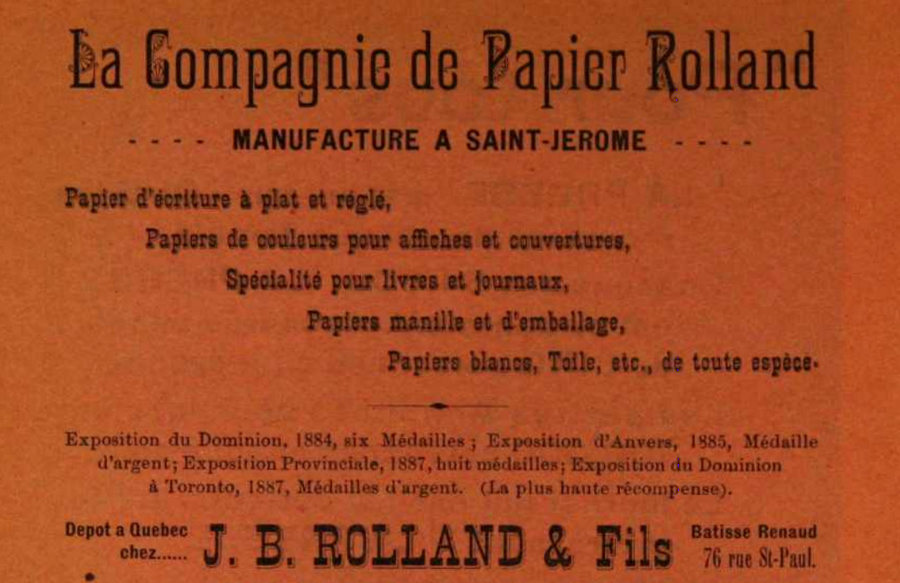 Advertisement for the Rolland Company, 1897.

That success was the reward for the vision of the founder, Jean-Baptiste Rolland, a man who had “risen up the social ladder by dint of his labour and his own merit, who, after earning his fortune in the career he embraced, endowed his province with a factory renowned as the most perfect and best equipped, and contributed to elevating the standard of industry among his compatriots.”

Saint-Jérôme and the Rollands: The start of an extraordinary adventure The adventure continues in Mont-Rolland