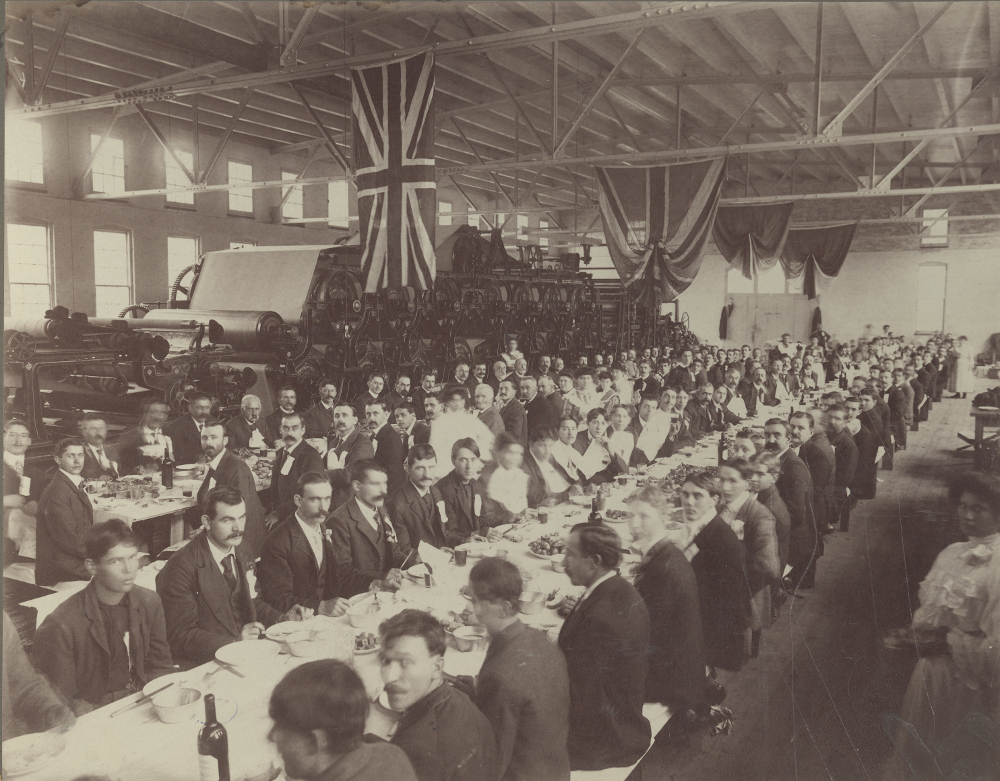 Inauguration of the Mont-Rolland mill in 1904.

The Rollands had chosen to build their mill on the Rivière du Nord, but they weren’t the only ones keen to draw power—and profit—from its waters. In 1902, the North River Lumber & Pulp Co. sought to build a groundwood pulp mill near Sainte-Adèle. To deter competition, Stanislas Rolland bought up all the land in question—acting in a personal capacity, as Damien, then president, was against “La Rolland” expanding farther north. Construction on the mill for Stanislas’s new venture, Les Moulins du Nord, began that same year, on the spot that was to bear the name Mont-Rolland from 1918 to 1997. Like the Rolland Company had in Saint-Jérôme, it was granted a tax holiday by the municipality of Sainte-Adèle, helping to promote the region’s industrial development. Stanislas’s son Jean was appointed manager of the mill (with a weekly salary of $10.00). 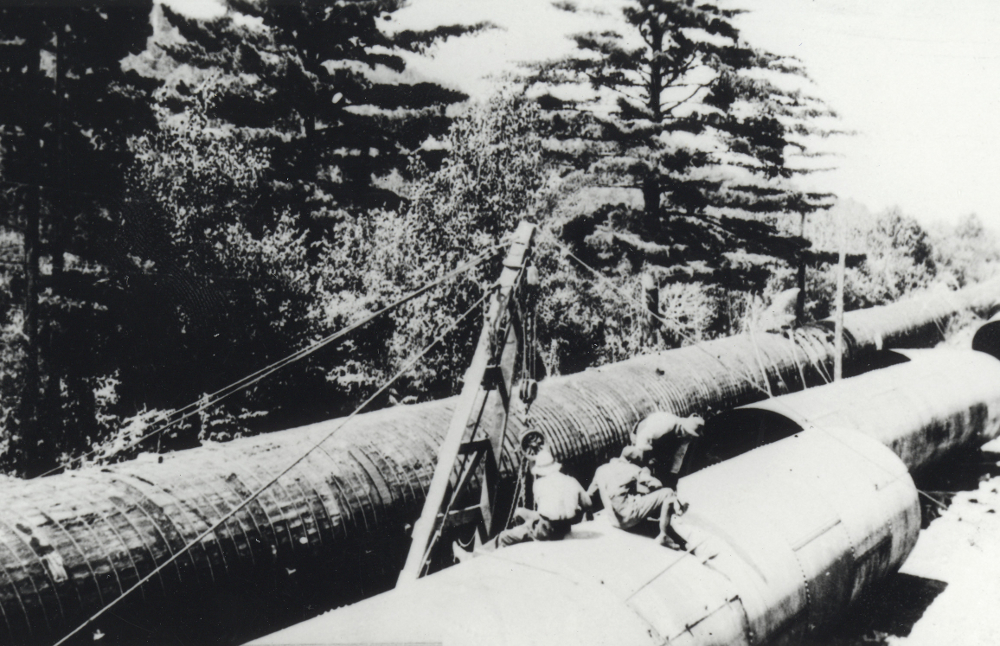 The wooden pipe built in 1904 (at left) to convey water to the machines at the Mont-Rolland mill.

Construction work was arduous because of the dense, wild vegetation on these lands. A dam also had to be built above a waterfall, along with a long pipe to bring the water to the mill to power the machines. At first, the company produced mainly groundwood pulp for sale to newsprint manufacturers. Eventually, though, demand for fine paper was so high that the Saint-Jérôme mill could not meet it, and it was decided that machines would be installed at Mont-Rolland to produce fine paper as well. That equipment was ready to run in 1904, and on July 31 of that year, the first sheet of paper came off the new Machine No. 3. 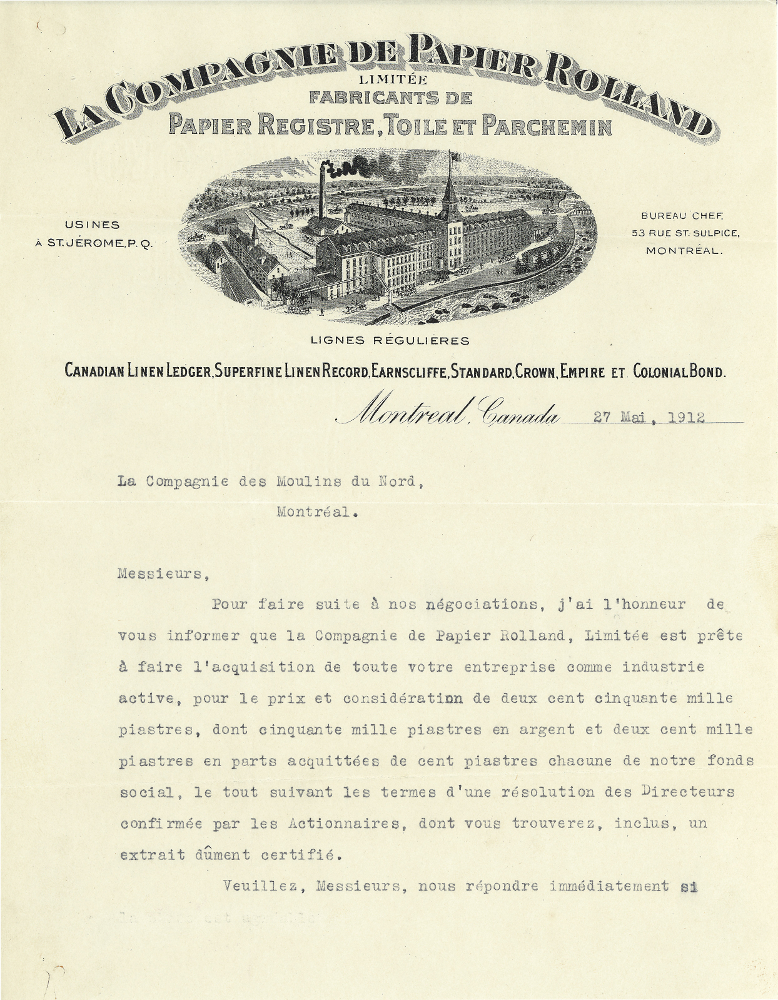 Letter of acquisition for the purchase of the Compagnie des Moulins du Nord by the Rolland Paper Company, 1912.

In 1912, after Stanislas became president, the Compagnie des Moulins du Nord became part of the Rolland Company, and productivity was enhanced by the addition of more equipment and machinery. This allowed the company to respond more effectively to the high demand caused by the Great War. During this period, the company’s four machines ran at full capacity.

By 1918, daily output was some 26,000 pounds—about eight or nine times the initial capacity.

In 1975, finishing operations were transferred to Saint-Jérôme and the two machines at Mont-Rolland stopped producing fine paper. They were repurposed to make paper for decorative laminate products. 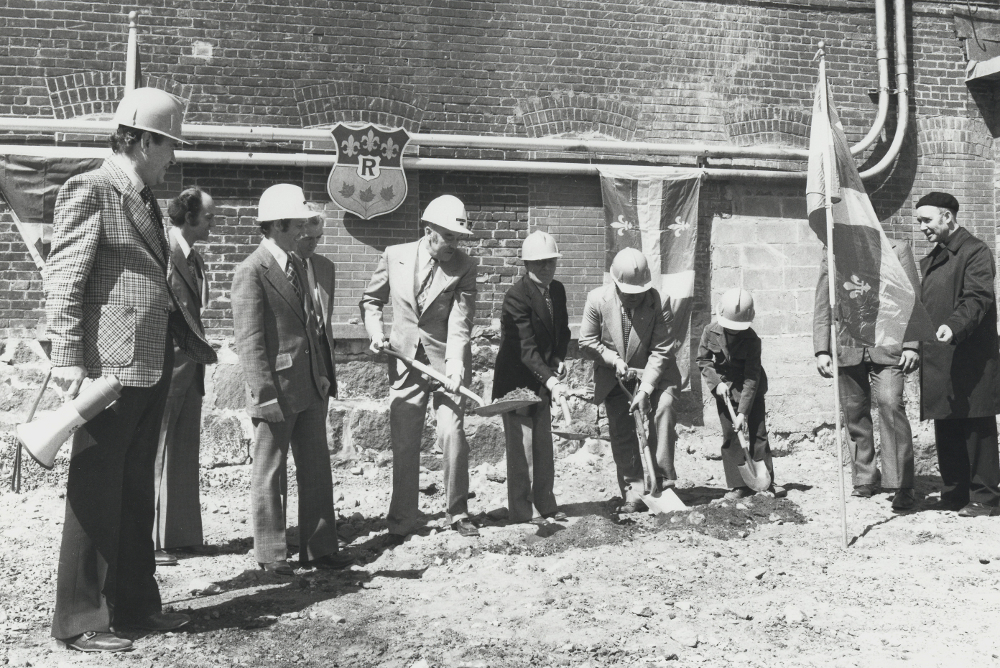 Ground-breaking ceremony for the expansion of the Mont-Rolland plant, 1975.

A most promising future Working for the Rolland Company