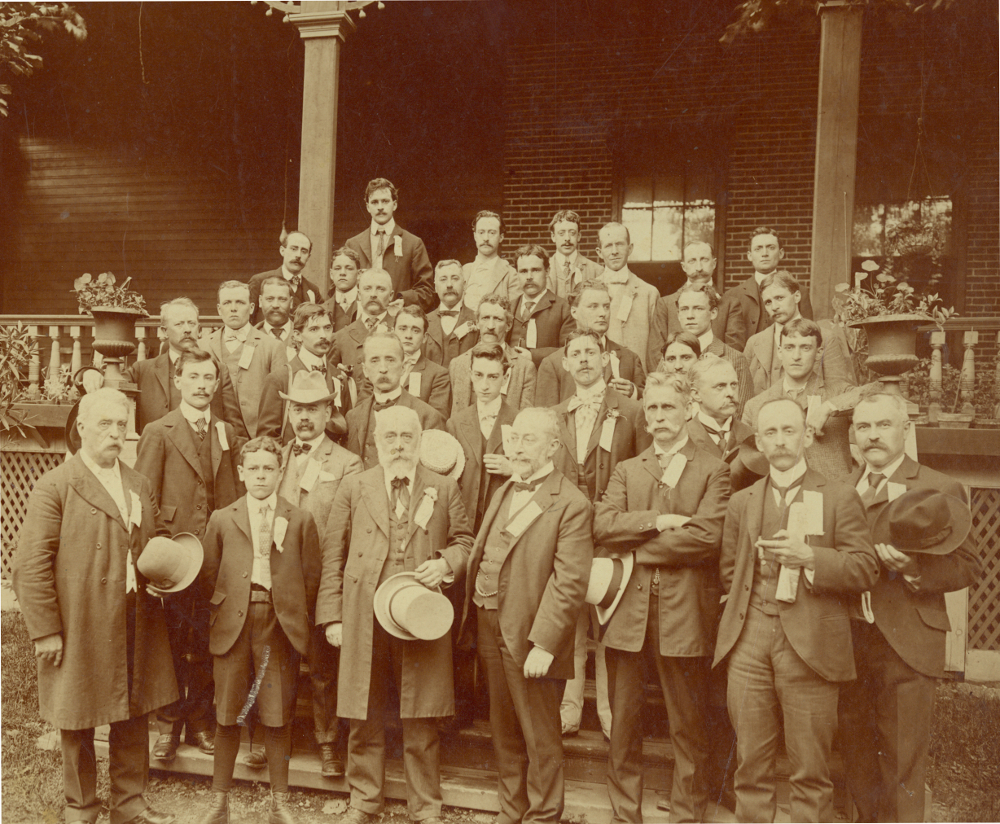 Gathering to mark the 60th anniversary of the Librairie J.-B. Rolland & Fils, in 1902, in Saint-Jérôme.

Historical societies and archive services have the opportunity to acquire varied archive collections that are packed with interesting finds and treasures. At the Société d’histoire de la Rivière-du-Nord (now Histoire et Archives Laurentides), we were lucky to receive the Rolland Company archive, which Cascades offered to us in 2001. The Lemaire family, which owned Cascades, and the family of Lucien Rolland wanted the archives to stay in the region, as the company has been so important to Saint-Jérôme. 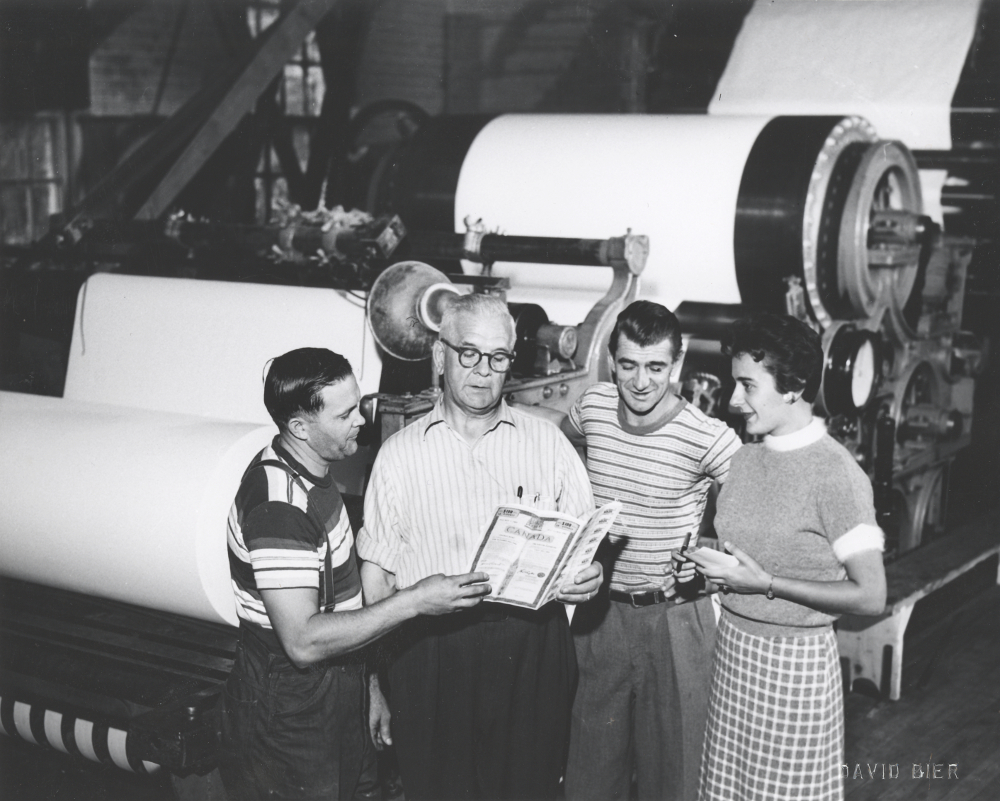 The archives cover many key company events, from its beginnings in 1882 to the 1990s, when it came under Cascades’ ownership. They reflect the realities of these eras, and speak to the changes that came during the 20th century.

The documents cover all aspects of managing a company: from administration and human resources to accounting and communications. The archives contain varied documents, many metres high, that delve into such subjects as relations with the media and other companies, product promotion, employee working conditions, and paper research and development. The wealth of information in the documents is striking. 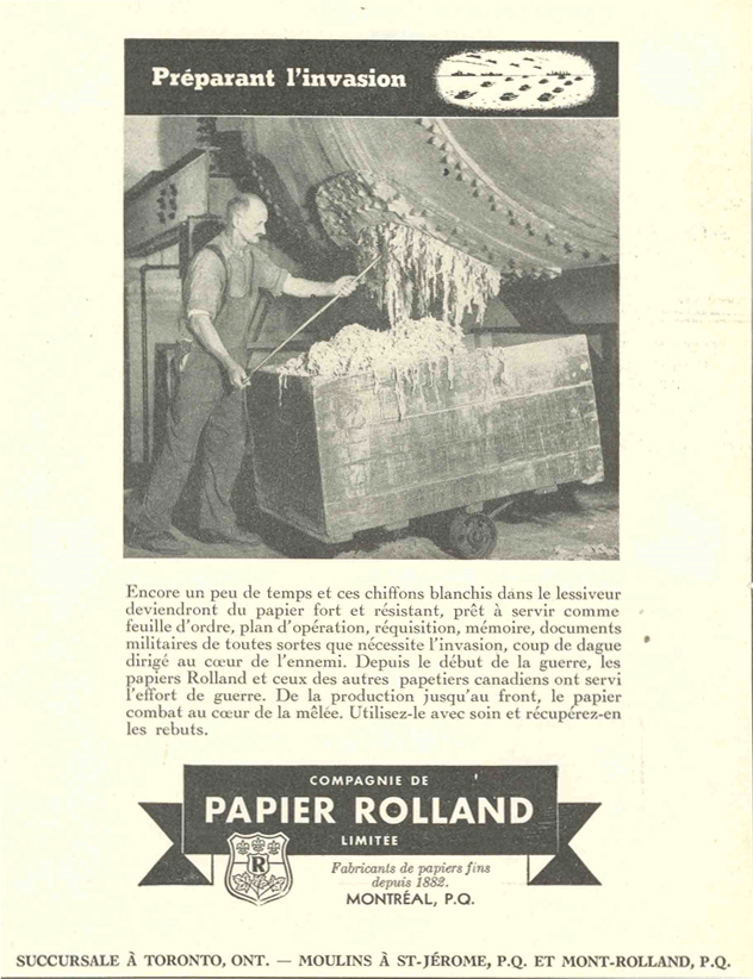 For many years, the Rolland Company kept copies of all the advertisements that it ran in newspapers and specialty publications. They attest to its various advertising strategies, and reveal a sense of humour that is unusual for such an important corporation. Some of the ads refer to the company’s involvement in paper recycling during the Second World War.

Your Company has been privileged to make its contribution to Victory by facilitating this, the “paper work” of war. Rolland supplies papers of many types but of uniform excellence to our own and other allied governments, the fighting forces and business.  The Company’s six decades of experience, the skill and loyalty of its workers, its tradition of fine paper making – all have proved their worth in meeting the emergency of war.

Excerpt from the 1943 annual report.

Sifting through the many boxes that comprise the fonds, or archival collection, yields some surprising documents. They include inventories of every last one of the company’s assets for a given period—from which we can learn, for example, that it took about 1,557,900 bricks to construct the buildings at the Saint-Jérôme plant. 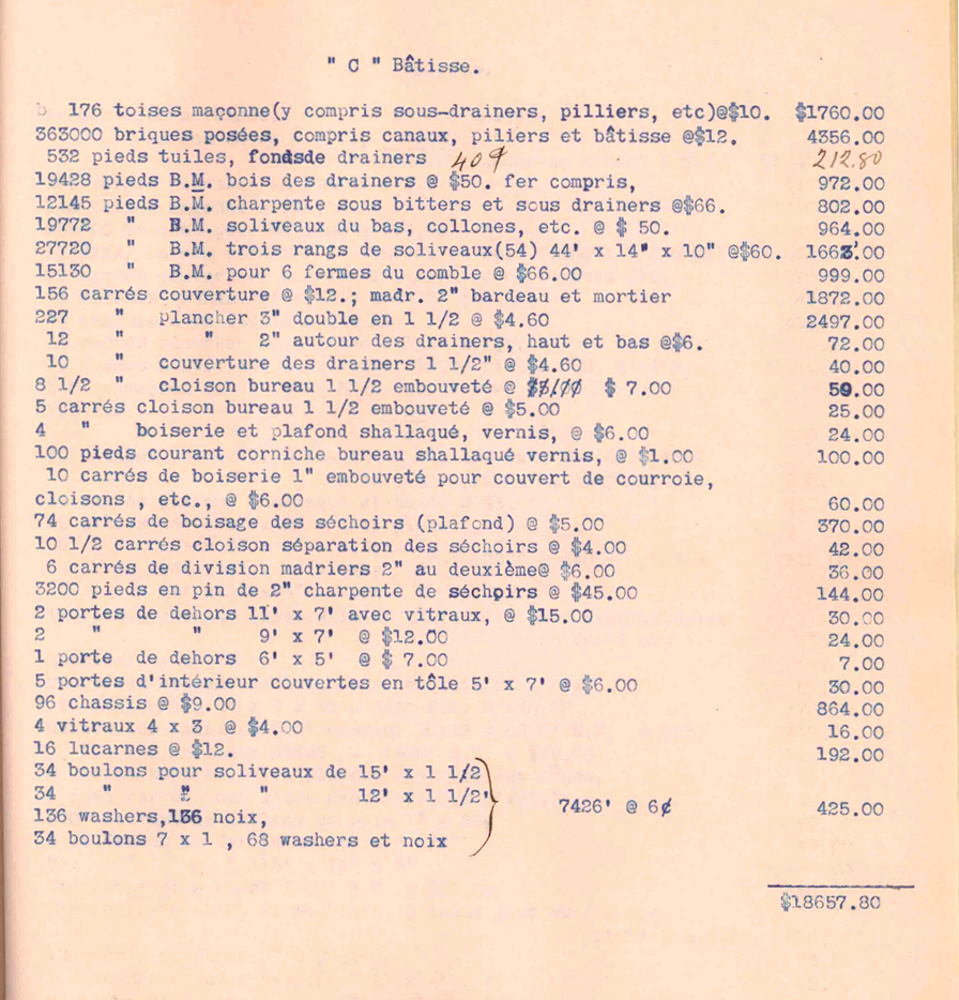 Inventory of Rolland Company property for the Saint-Jérôme plant’s building “C”, between 1896 and 1905.

The fonds also contains the rail transportation manifests that listed all merchandise arriving at and leaving the Saint-Jérôme station. The treasure trove also includes the very first sheet printed on Machine No. 1 at Saint-Jérôme in 1883, a photograph of the plant’s inauguration that includes Curé Antoine Labelle, and employee pay ledgers.

Whether one’s motive is historical interest, a sociological study, research into the paper industry, or simply the fun of discovery, the Rolland Company archives can answer many questions and slake curiosity.

Timeline of the Rolland Company Credits