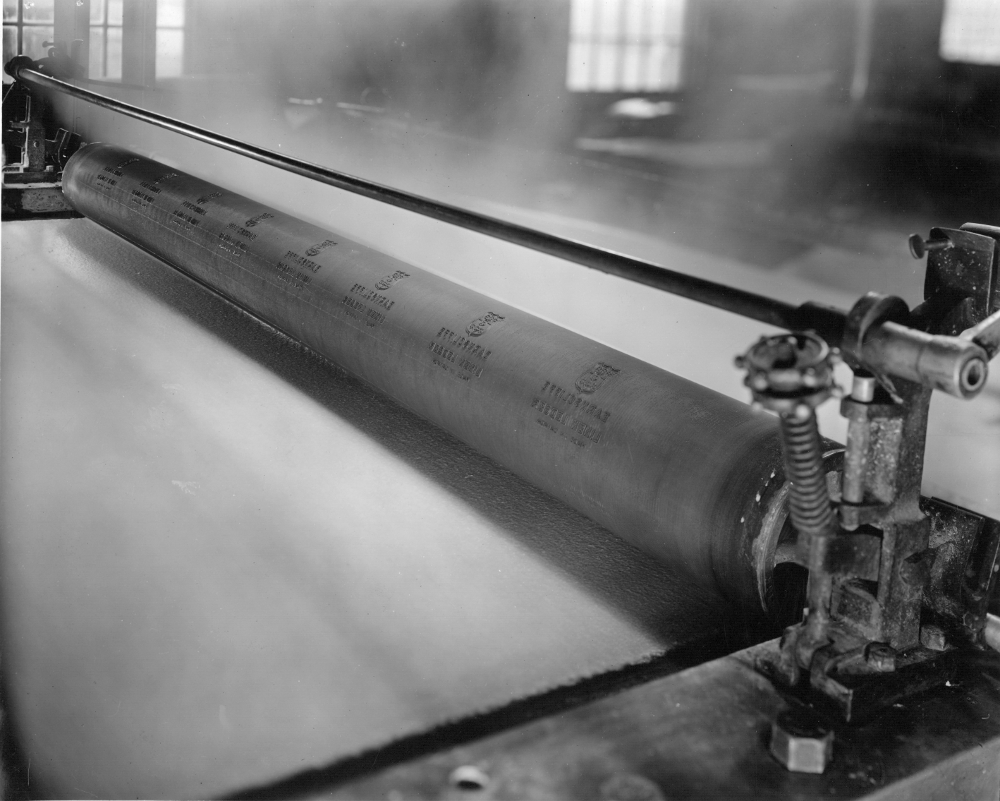 Like any good papermaker, the Rolland Company incorporates its crest into every sheet it produces, as a watermark.

First crest of the Rolland Company, 1882.

Several models have been used since 1882; the central R, representing the family’s name, first made its appearance in 1927. For the company’s 50th anniversary, Olivier Rolland, Stanislas’s son, had the crest engraved on a wood panel, and it became the official emblem of Rolland Paper.

While the exact significance of the crest’s origins is unknown, we can infer the meaning from history. 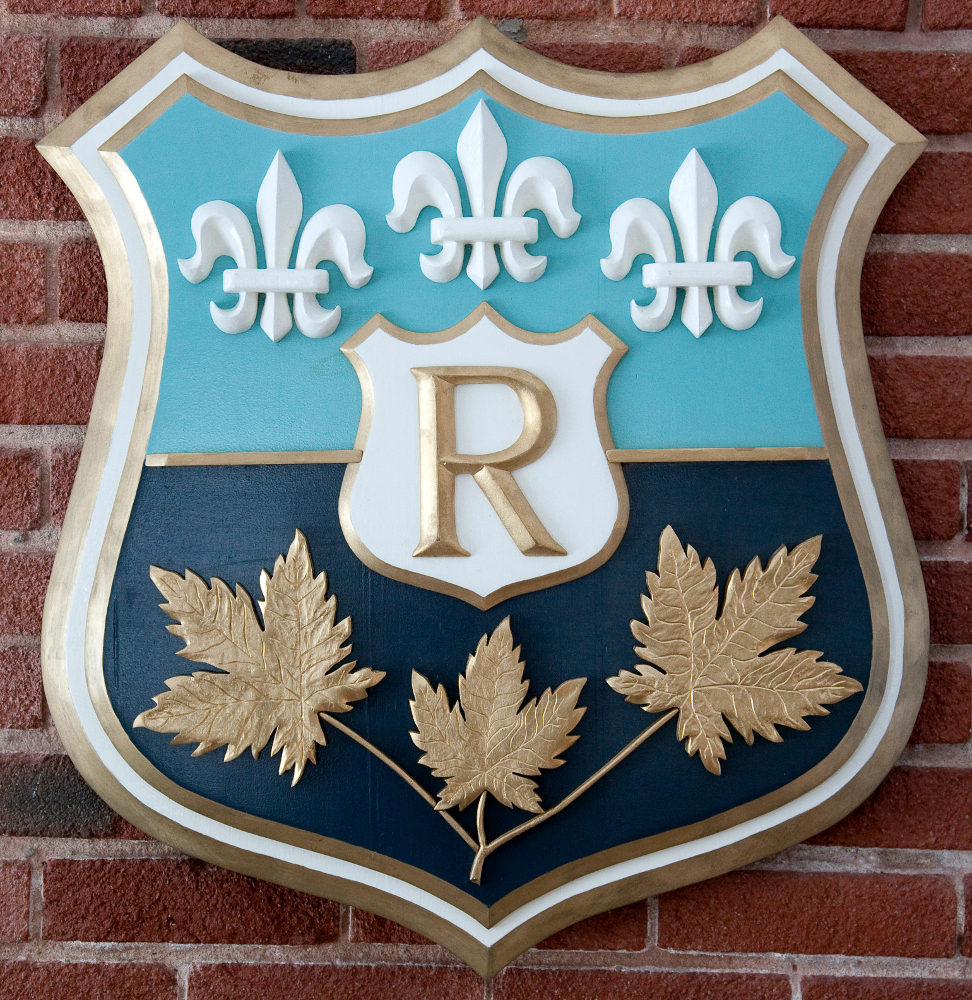 The escutcheon (shield) alludes to the symbol of France, which Jacques Cartier planted in the ground when he arrived in Gaspé. The sky blue background is reminiscent of the colour of the banner over the French camp’s trenches during the 1758 battle of Carillon, in which Jean-Baptiste Rolland’s ancestor fought. The royal blue background recalls the colour of the coat-of-arms of the French sovereigns, colonizers of New France, while the fleur de lys evokes the emblem of authority under the French monarchy. With its shape, colours and motifs, the crest thus attests to the French origins of the family’s first descendant in New France, Jean-Pierre Rolland. As for the maple leaves, they are the primary emblem of the French-Canadian people, as defined by Société Saint-Jean-Baptiste in 1832.

The escutcheon became a hallmark of great quality and reputation for customers. As many company ads note, “the watermark is […] shaped like an escutcheon for a reason. The word escutcheon comes from the Latin “scutum,” which means shield. Like a shield, Rolland’s escutcheon provides real protection. It protects the company by safeguarding its reputation, and it protects clients, by guaranteeing quality and perfection. In other words, our escutcheon is at the very foundation of our firm’s success.”

Advertisement for the Rolland Company, 1954.

The Rolland family spirit Timeline of the Rolland Company