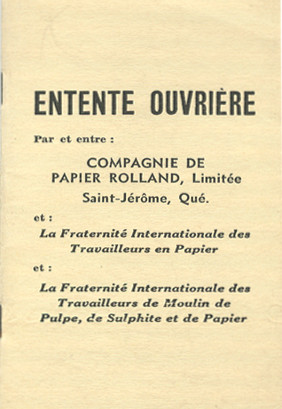 The Second World War saw the rise of trade unionism at factories all over Canada, and the Rolland Company was no exception. Of the three major plants in Saint-Jérôme, however, the Rolland paper mill had the best labour conditions, and so there were fewer strikes.

In early 1942, the International Brotherhood of Papermakers began recruiting in Mont-Rolland. An initial strike occurred there, prompted by a dispute over work on Saturdays: employees refused to work on that day unless they were paid time and a half. 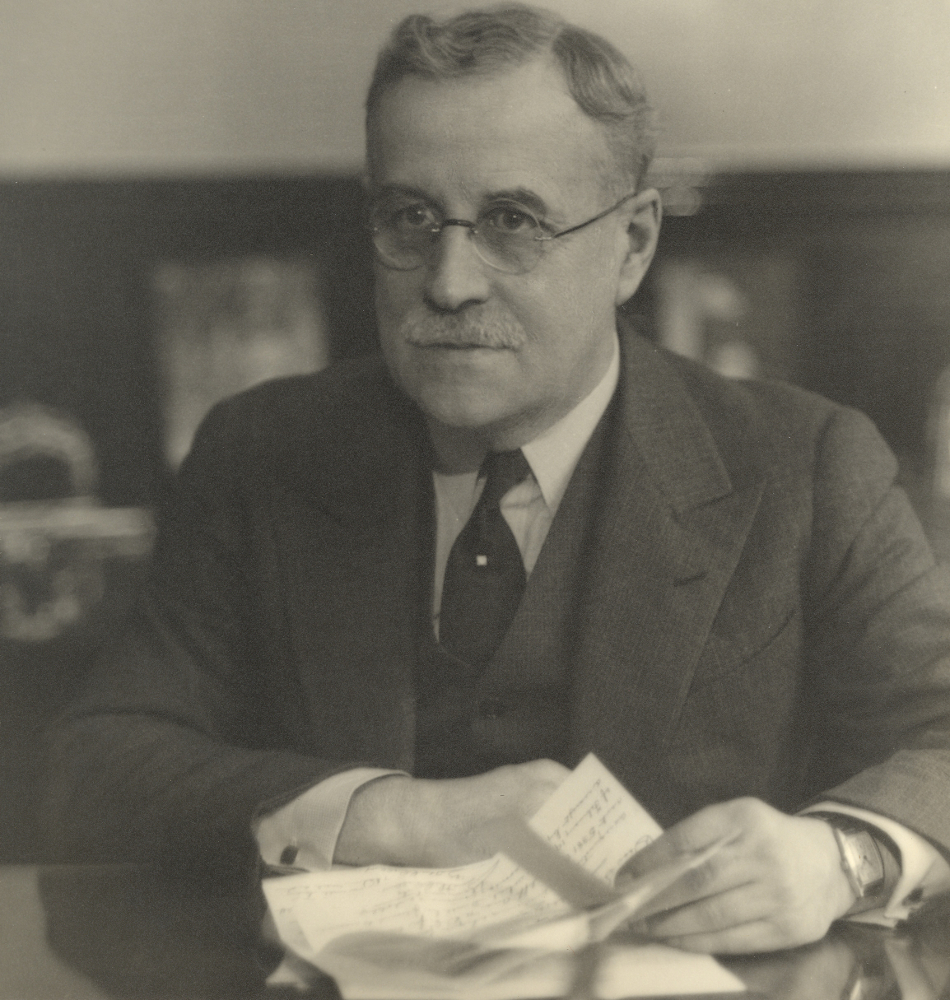 Jean Rolland, who served as the fourth president of the Rolland Paper Company, from 1928 to 1946.

Workers at the Saint-Jérôme plant soon walked off the job in sympathy, bringing the number of strikers to around 800. The company responded by decreeing a weeklong lockout. Five weeks later, management recognized the union, and an initial collective agreement was reached. This peaceful resolution to the conflict testified to the good will and cooperative spirit among management as well as employees.

Beginning in the 1960s, Canadian manufacturing plants increasingly hewed to the principles of continuous operation, with machines running seven days a week. Rolland moved to follow the trend so that it could increase production and compete, but the union was adamantly opposed to work on Sundays. Management had to deal with several strikes beginning in 1961, including one in 1966 that lasted four weeks. The ongoing conflict was finally settled in 1968: employees would work continuously for eight months of the year only, from October to May, and the mills would not operate on Sundays during the summer.

Newspaper headline announcing the end of the 1968 strike.

Just when calm seemed to have returned, a massive strike action was called in 1970, affecting the entire pulp and paper industry. The union demands mainly concerned wages and work schedules. Dragging on for six weeks, this labour conflict was the longest in the company’s history.

In 1973, the union successfully pressed for changes that set the Rolland Company apart from the other plants in Quebec and the rest of Canada. First, automated pay transfer was instituted, following an agreement with the Caisse populaire (cooperative credit union) in Saint-Jérôme. And, thanks to union demands, the Rolland implemented the “4-2” work schedule—i.e., four days of work followed by two days off over a seven-day schedule—becoming one of the first companies in Canada to do so.

The 1967 strike (subtitles in FR and EN) – Watch the video with transcription (EN).

The Rolland Company is listed on the stock exchange Mechanized giants: the paper-making machines