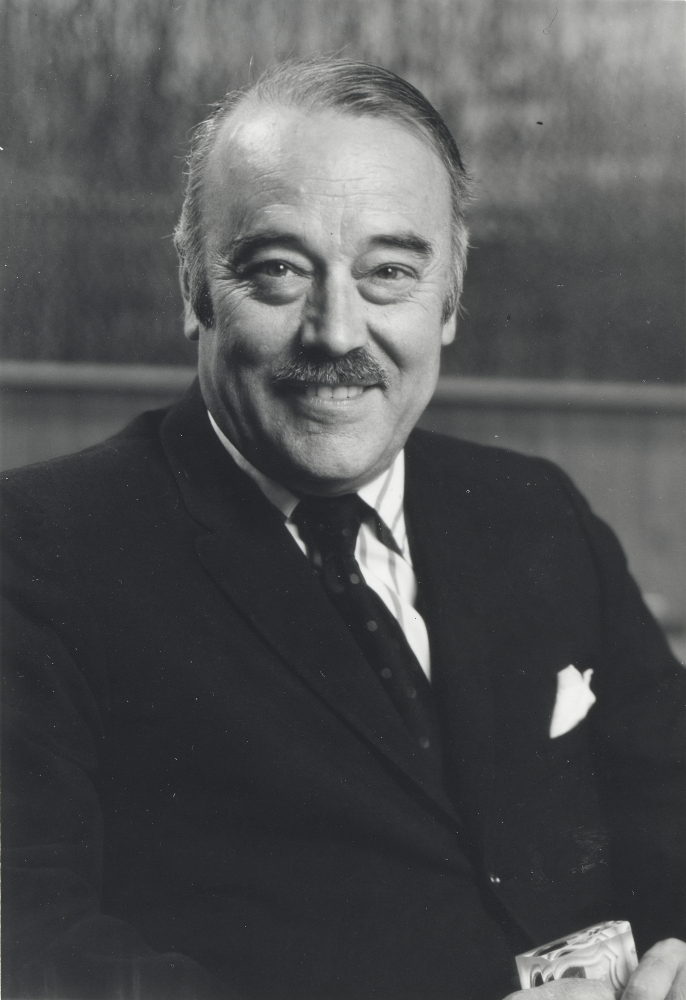 ucien Rolland, who served at the sixth president of the Rolland Paper Company, from 1952 to 1995.

As the second half of the 20th century began, to beat out the competition, the Rolland Company had two choices: either limit the array of products it made or modernize its plants. Lucien Rolland, who became president in 1952, unhesitatingly chose the second option, plunging the company into expansion projects.

A seventh state-of-the-art paper machine was installed in 1957. It alone could produce 75 tons a day, two-and-a-half times the output of Machine No. 6, which had come on line fifteen years earlier. The new acquisition increased the company’s production capacity by more than 50%. 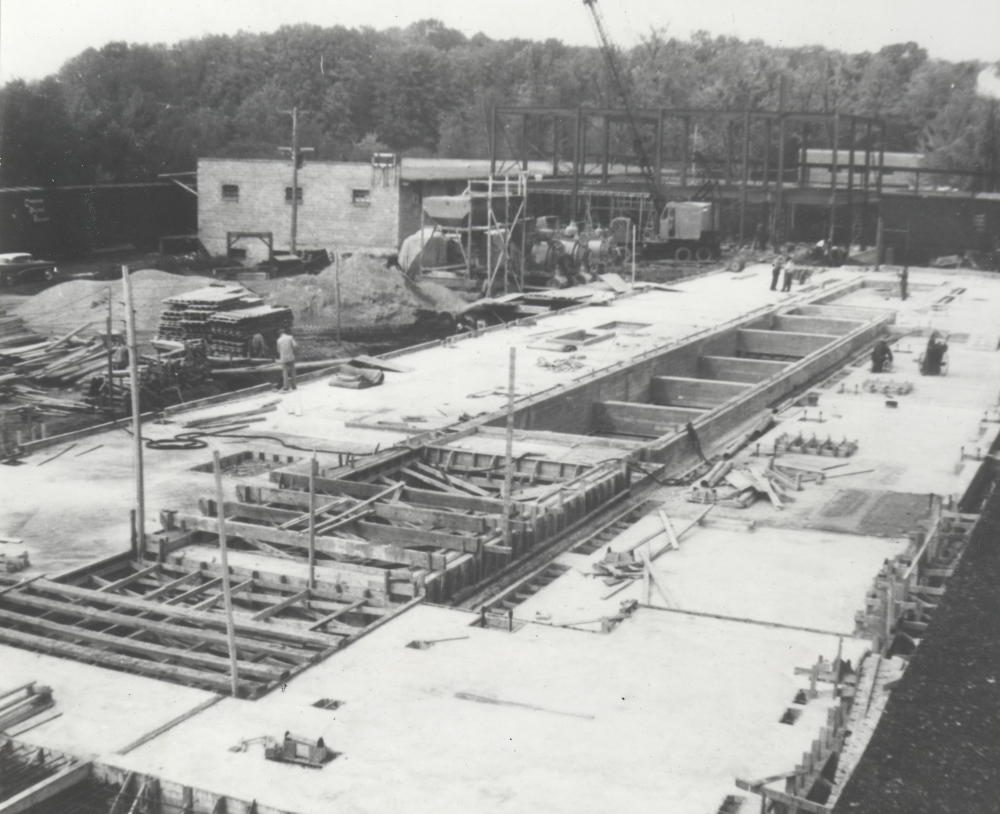 Location of Machine No. 7 after the expansion of the Saint-Jérôme plant, in 1956.

Many other improvements were made to the Saint-Jérôme and Mont-Rolland plants, such as the construction of a water treatment plant and a new 36,500-square-foot warehouse. The company acquired the Canada Glazed Papers Limited coated paper plant in Ontario, allowing it to expand its product line. It also went into distribution. 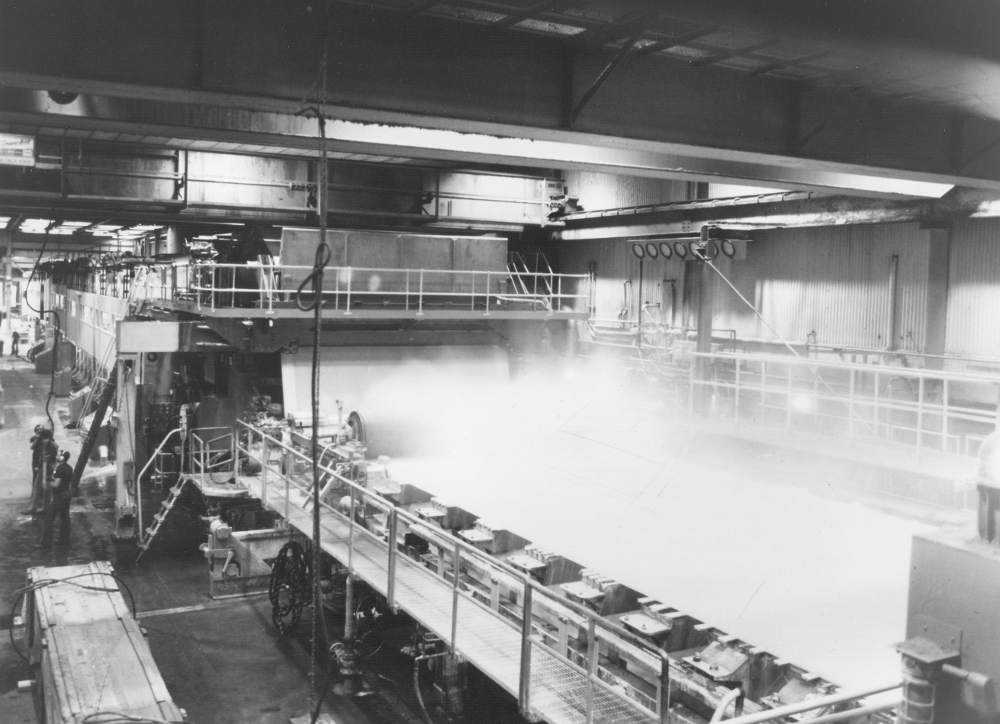 By the 1980s, however, Canada’s paper industry had begun to lose steam, with U.S. paper invading the market and accounting for 60% of consumption. Canadian papermakers had to cut prices to compete, even though prices for raw materials had increased. Many new paper manufacturing and distribution companies were now in competition with the Rolland Company—and during an economic downturn to boot. After the company posted a loss of $9.7 million, the worst performance in its 108-year history, the decision was made to close the Mont-Rolland plant in the summer of 1990. Two years later, still unable to turn around, the Rolland Company was sold to Cascades, headed by the Lemaire brothers of Kingsey Falls. 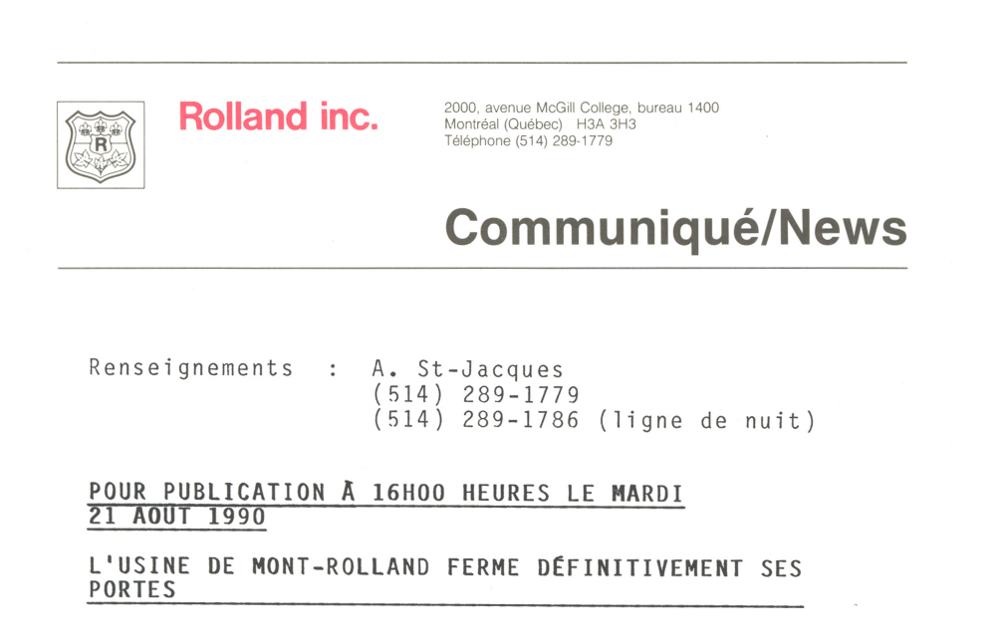 News release from 1990 announcing the closing of the Mont-Rolland plant – Listen to the audio clip and read the translation (EN).

“Repetition builds reputation” After the Rollands, the Cascades green era