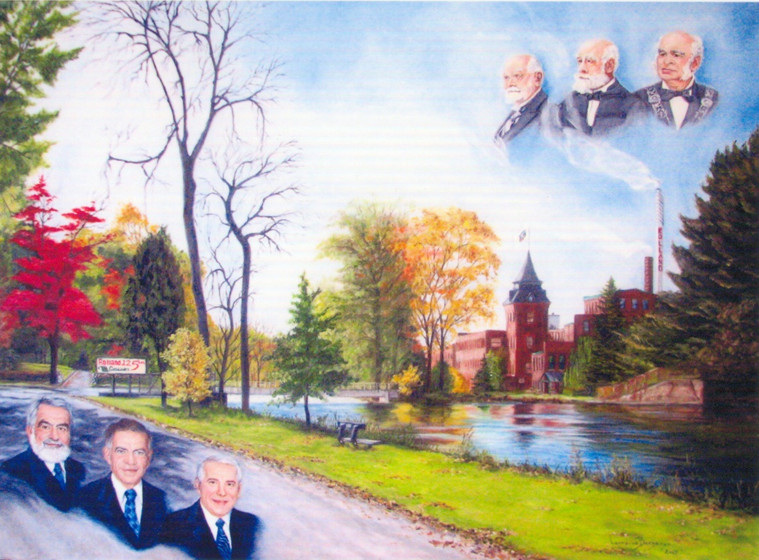 Painting by Lorraine Bergeron entitled Une grande histoire de famille, depicting the Saint-Jérôme plant and members of the two families, the Rollands and the Lemaires, that ran the Rolland Paper Company.

Competitors had made several attempts to purchase the Rolland Company. It was finally acquired by Cascades in 1992, to become known as Rolland Inc., Cascades Group, and later the Rolland Division. The change of ownership gave the company a second wind. It expanded, purchasing a paper mill in Thunder Bay and setting up a paper converting centre in the Saint-Jérôme industrial park. 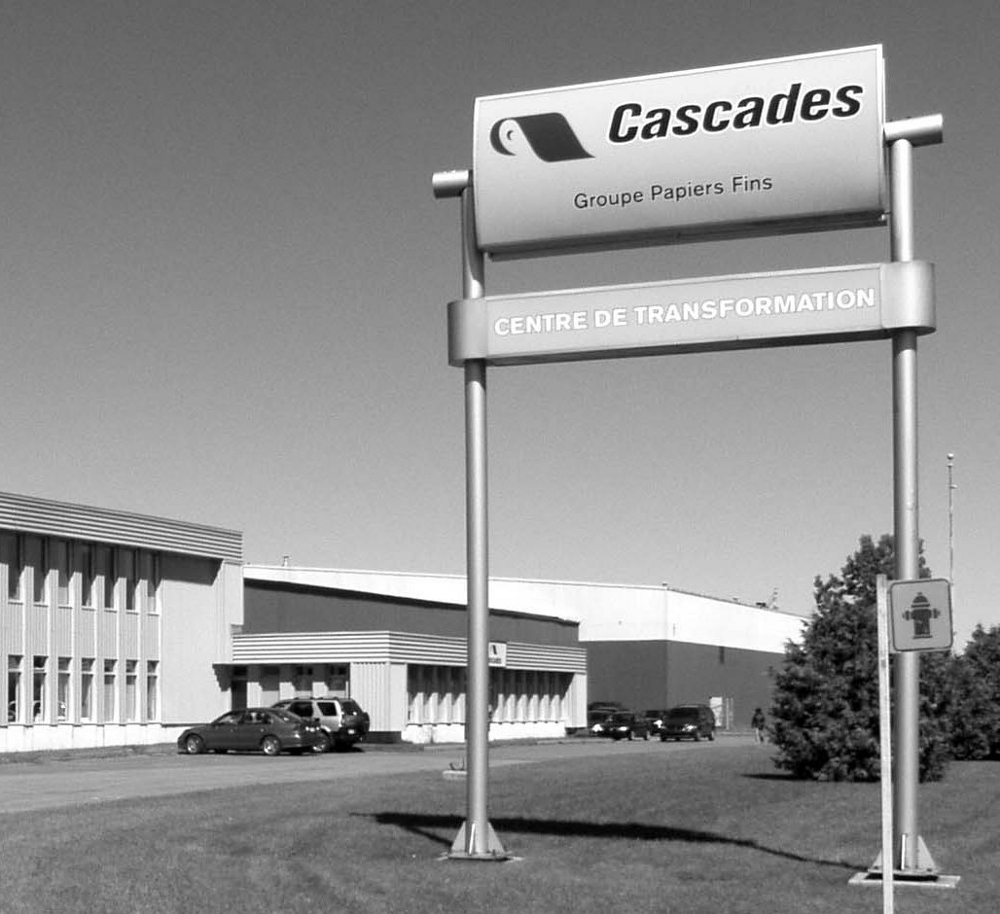 The Cascades Converting Centre in Saint-Jérôme.

In addition to the expansion, Cascades’ acquisition of Rolland also marked an environmental turning point for the company, as it began manufacturing de-inked and recycled papers, including from its de-inking plant in Breakeyville, Quebec. Several improvements were made to the plant, including the construction of aerated lagoons to treat process water. In 2004, the company installed a new boiler to produce steam, fuelled by biogas from the Sainte-Sophie landfill. This project, a first for Canada’s paper industry, was awarded the prize for Most Progressive Environmental Process at the Environmental Printing Awards in Toronto. At the same ceremony, the Rolland Division was named Canada’s Most Environmentally Progressive Vendor.

Aerial view of the Saint-Jérôme plant and aerated lagoons, in 2000.

Although the company’s name has changed, its reputation lives on; the new designation continues to attest to the prestige of its papers. The Rolland Division has been making its 100% cotton paper, Superfine Linen Record, since 1883. However, the new papers also have their appeal: security paper, one of the most prestigious in Canada, is used for Canadian passports, Canadian Tire money, and the currencies of a variety of countries. And the company’s Enviro 100 paper, produced without felling a single tree and exclusively with biogas, is now as famous as Harry Potter—the final book in the original series was printed on Enviro 100.

Scrap paper is received at the Breakeyville plant for de-inking and recycling.

In 2014, Cascades decided to focus on tissue and paperboard, and sold off the Rolland Fine Papers division. It was acquired by HIG Capital, a U.S. concern, and renamed Rolland Enterprises, a subsidiary of Sustana.