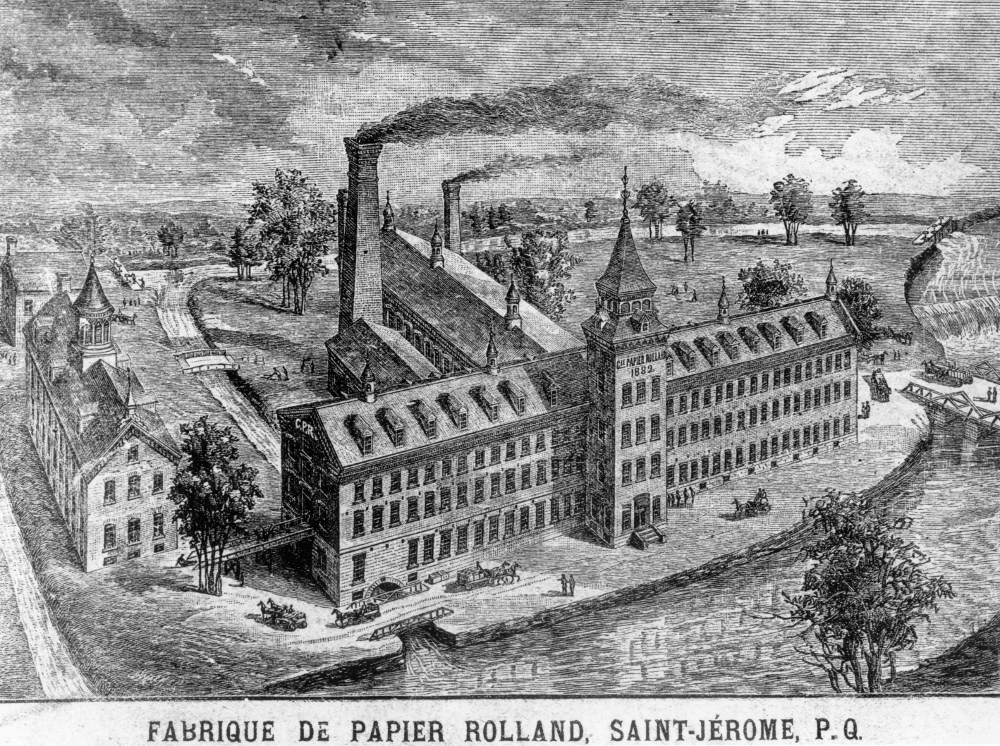 Site of the Rolland Company in Saint-Jérôme, on the banks of the Rivière du Nord, 1883.

In 1881 Curé Antoine Labelle heard about Jean-Baptiste Rolland’s plans to start a paper-making company. The priest hastened to visit Rolland in Montreal to sing the praises of the town of Saint-Jérôme, which by then was linked to the big city by rail. He was easily swayed by Labelle’s persuasive speech, the advantages of the land next to the Rivière du Nord, and the offers from the town council. Construction work began quickly, while Jean-Baptiste’s son Stanislas journeyed to the United States to learn paper-manufacturing techniques and recruit qualified workers. 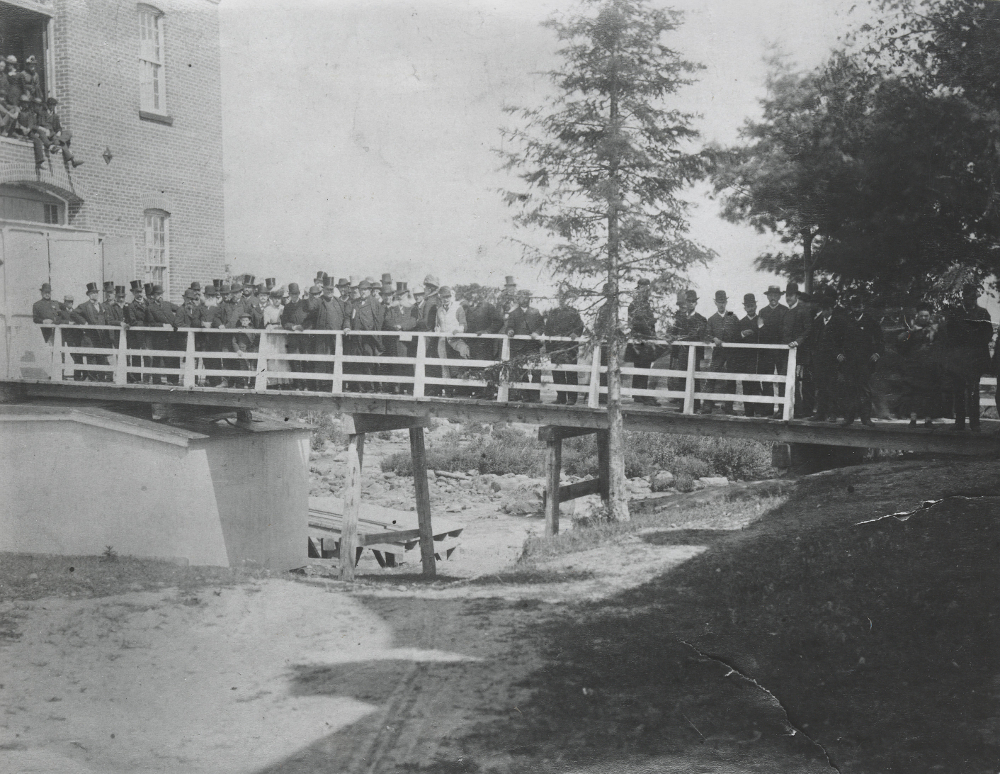 Inauguration of the Saint-Jérôme plant, 1882.

Twelve months later the mill was built, and blessed by Mgr. Fabre, Bishop of Montreal. In 1883 the first equipment was installed, including machines numbers 1 and 2, and on October 18 the first sheet of pure rag paper was produced—the very first superior-quality fine paper made in Canada. During its first year in operation, the plant had 49 employees, paid between 4 and 21 cents an hour. Output was between 4,000 to 5,000 pounds of paper per day (compared with current capacity of 450 metric tonnes per day).

The first three years of the company were not easy: production was slowed by a number of mishaps, profits were meagre, and the employees still had a lot to learn. Jean-Baptiste Rolland’s determination, however, led him to make several decisions that ensured the company’s survival. One innovate move was to furnish the facility with its own electric power, at a time when factories were still lit by kerosene lamps. To increase yield and keep up with the growing demand, the company purchased a dynamo from France in 1885. At the time, one would have been hard pressed to find a paper mill better equipped than that of “La Rolland.”

Description of the Saint-Jérôme paper mill – Listen to the audio clip and read the translation (EN).

Once Rolland, always Rolland! A most promising future