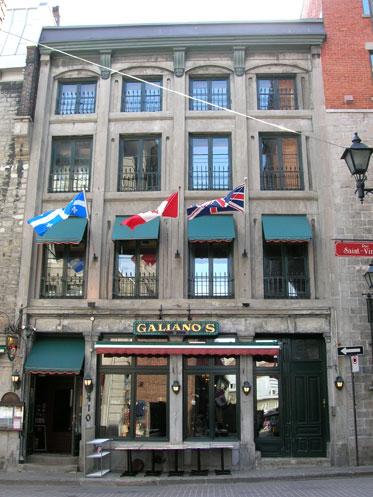 Jean-Baptiste purchased a building in 1855 and had it demolished and replaced by another, rising to four storeys, to house his bookshop and warehouse spaces. He handled construction himself, as contractor. The J.B. Rolland & Fils company would remain in this store-warehouse until 1913.

After his sons Damien and Stanislas joined the family bookselling business, Jean-Baptiste had time to turn to another of his passions: construction. As both architect and builder, he began construction of several houses and even commercial buildings in Montreal and Hochelaga, which at the time was a neighbouring village. Examples of his work can be found today on Saint-Denis, Berri, Saint-Dominique, and Ontario streets. Jean-Baptiste Rolland built more than 125 houses, dwellings and stores.

He cared about a job well done and quality, whether in the mills of the Rolland Company or on construction worksites. An anecdote recounted by Lucien Rolland during a speech gives great insight into his great-grandfather’s character:

“One day, visiting one of his construction sites, he noticed a young man laying bricks, with one hand in his pocket.

‘How much does that young fellow earn?” he asked the foreman.

‘Starting now, and until he works with both hands, he’s to be paid only 25 cents!’”