The strike plan continued throughout the week of November 8th. Government and education workers were buoyed by community support, their spirits high despite the rainy weather. Paul Johnston recalls “Terrace was shut down tight by organised and co-ordinated picketing. …Safeway managers locked the doors and brought coffee to the picketers.” Some provincial highways were closed, with no plow drivers to clear the snow. 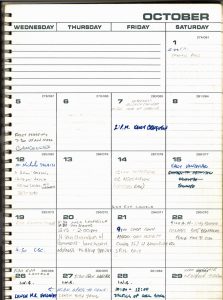 Emotionally and physically exhausted after 120 days of long hours, countless meetings, and almost unbearable pressure, Art Kube was diagnosed with pneumonia and ordered to bed. 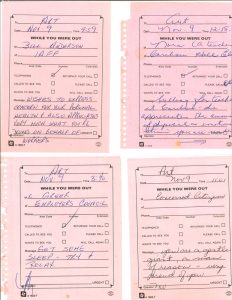 Emotionally and physically exhausted, Art Kube was ordered to bed by his doctor. Messages of support flooded his office in the following days from a diverse group of British Columbians.

Representation of Solidarity fell to the BC Federation of Labour’s Mike Kramer and Jack Munro, the latter of which was worried about where the union movement was headed. The government was primarily represented by Deputy Minister Norman Spector, who went back and forth between BCGEU negotiations and those with Munro and Kramer.

By the weekend, Operation Solidarity appeared ready to accept a deal that would see an end to Bill 2, exemptions to Bill 3’s layoff provisions, a commitment to keep savings from the teachers’ walkout in the education system and promises of community consultation on the bills that covered tenant and human rights.

Leaked info ahead of the Accord, Rod Mickleburgh (Labour Reporter)

Sunday afternoon, November 13, Spector and the BCGEU’s Cliff Andstein announced they had reached a tentative agreement – a complete end to Bill 2 and eliminating Bill 3’s firing without cause and without regard to seniority. Exemptions to Bill 3 would ensure the right of laid-off employees to transfer to available jobs across the workforce.