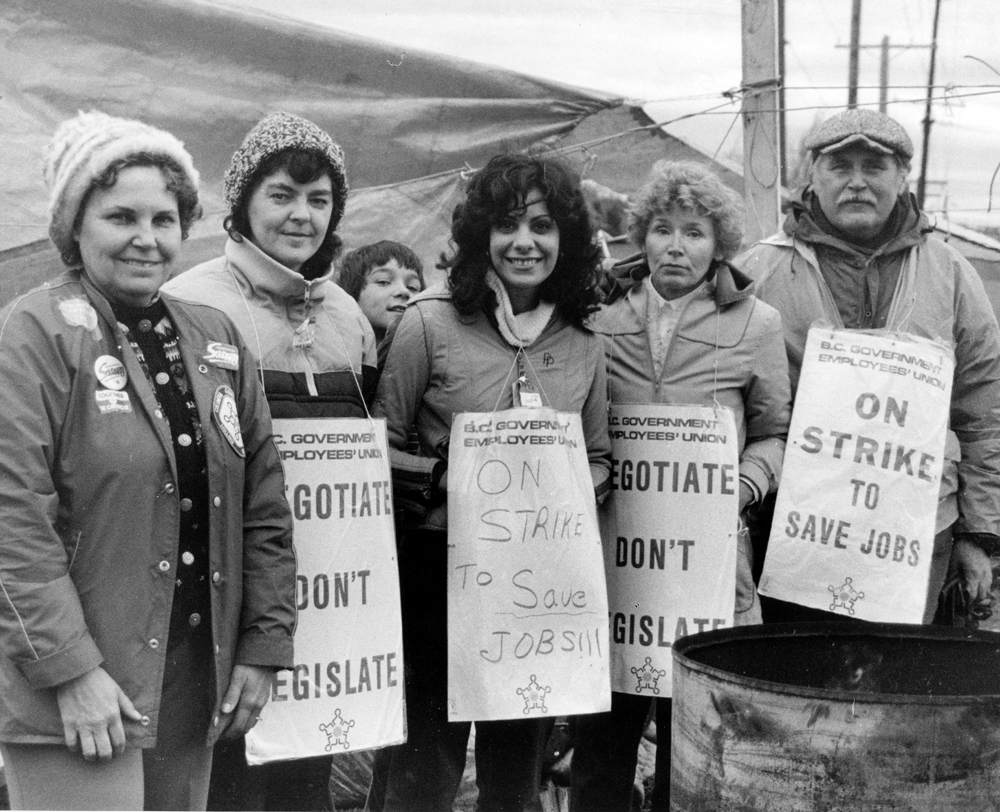 At midnight on October 31, 1983 forty thousand members of the BCGEU went on strike for a new contract and an end to the government bills attacking union rights.

Operation Solidarity delivered a Program of Action: an escalating province-wide walkout that would begin if the BCGEU was still on strike by November 8.

The education sector, including 30,000 teachers along with support staff and post-secondary faculty, would be the first group out.  On November 10, unionized workers at the province’s Crown corporations would leave their jobs. On Monday, November 14, BC ferry workers, municipal employees and other related groups would join, and the next day, all public transit in the Lower Mainland would shut down. 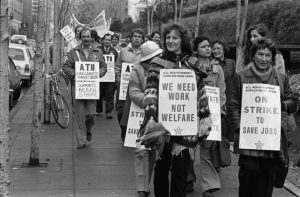 Members of other unions and the Solidarity Coalition joined BCGEU picket lines at Robson Square in downtown Vancouver once the strike deadline had passed on October 31, 1983.

Finally, at the end of the week, the province’s public health sector hospital workers would come off the job. By then, a total of 200,000 people in the province would be on strike. Private sector unions pledged to join should any public sector worker be punished for participating.

A last-minute government decision carried the plan forward. An agreement between the North Vancouver School Board and the North Vancouver teachers’ local would exempt teachers from the layoff provisions of Bill 3 – but late on November 7, the Minister of Education rejected this agreement. 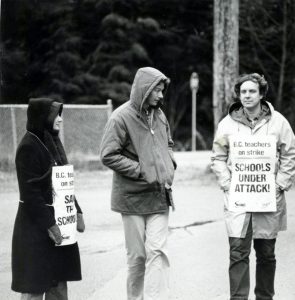 Operation Solidarity planned an escalating province-wide walkout. BC teachers, who had no legal right to strike, took a strike vote anyway and joined the picket lines on November 8.

Teachers had never had more than a one-day province-wide strike before, and a 60 percent strike vote and court-ordered injunctions that prevented teachers from picketing raised many doubts. Instead, something remarkable happened. Phones began ringing across the province to Coalition and union activists of all kinds: “You’re needed on the line.”

When teachers and school employees arrived on November 8th, they found their schools ringed with pickets. Almost no one crossed. 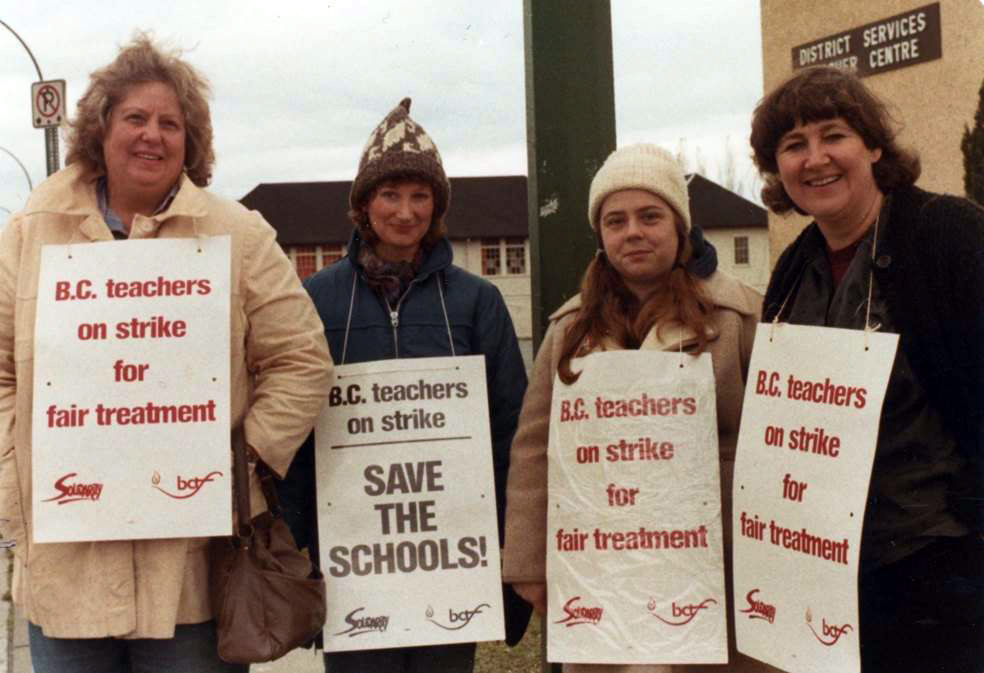 When school boards obtained injunctions against teacher picketing, members of the Solidarity Coalition took their place on the picket lines ensuring that the strike went ahead.