This retrospective exhibit could not have been produced without the help of a number of people.

A special thank you to the BC Federation of Labour, BC Teachers’ Federation and BC Government Employees’ Union for providing access to archives, equipment and space for oral history interviews, and support.

Thanks to members of our Solidarity35 Advisory and Steering Committees, who participated in the development of this project and a number of events commemorating the 35th anniversary of Solidarity in 2018. Video footage from two panel discussions on this topic can be found on our Youtube page.

Portions of the body text of this exhibit have been adapted from content in Chapter 18 of On the Line: A History of the British Columbia Labour Movement by Rod Mickleburgh, released in May 2018 by the BC Labour Heritage Centre Society.

In addition, we would like to thank all of the organizations and individuals who allowed their stories of Solidarity to be told through text and video or contributed photos, documents and memorabilia to the exhibit.

As a result of this project, the BC Labour Heritage Centre now has an extensive collection of archival material related to the Solidarity movement of 1983. This collection can be accessed in person at our office in Burnaby by contacting the Centre directly. 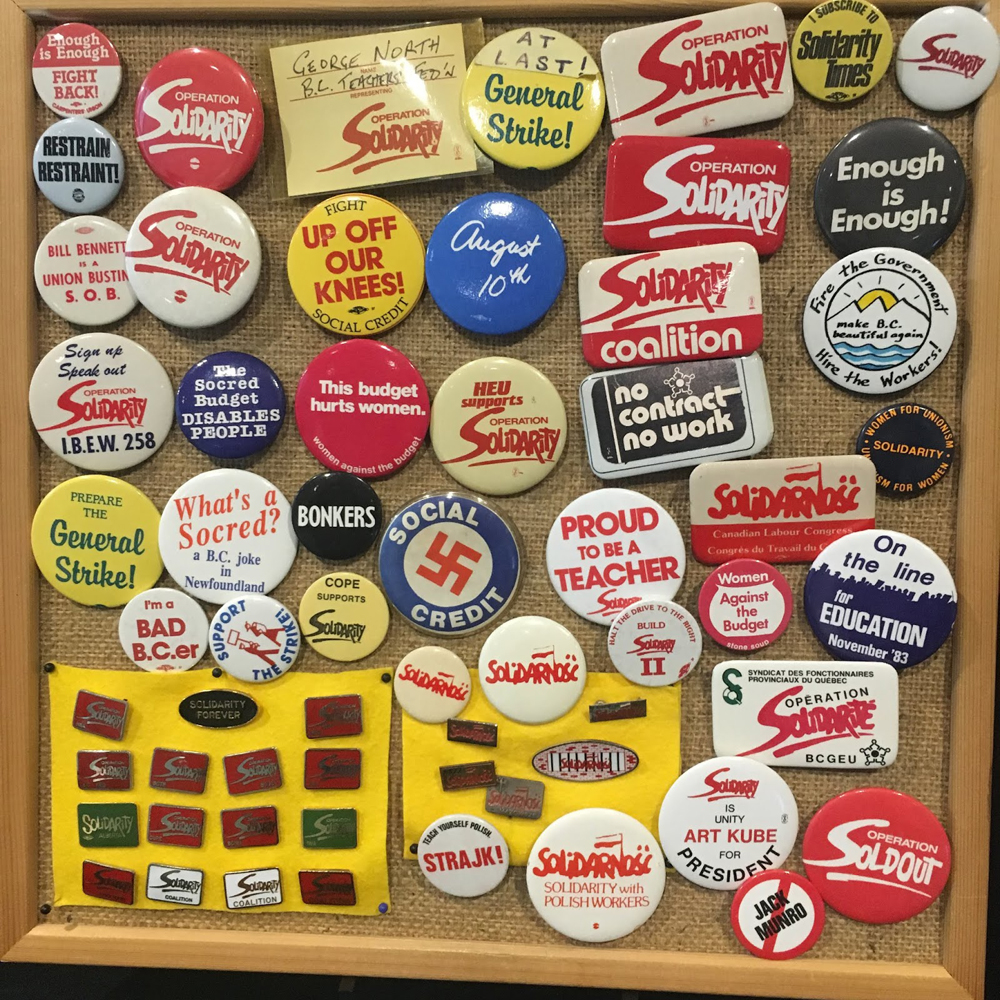 The anti-climactic end to the Solidarity movement of 1983 tends to overshadow what was one of the most significant moments in BC labour history, bringing together labour and community groups in common cause.