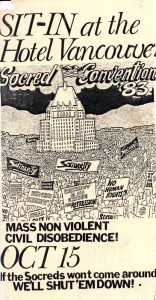 Without the benefit of social media, computers or cell phones, organizers used printed materials and telephones for communication.

During the Solidarity movement of 1983, organizers did not have the luxury of social media, computers or cell phones. Coordination was via an array of printed materials and telephone communication. After so many demonstrations across the province, there was some worry from labour leaders that supporters – many average citizens who had never attended a political rally before this year – could be suffering from “protest fatigue”.

Despite these fears of the movement slowing down, the Coalition managed to convince reluctant Operation Solidarity leaders to jointly sponsor a public protest in the streets of Vancouver on October 15. 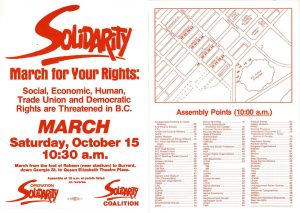 A massive feat of organization brought over 60,000 citizens downtown to encircle the Hotel Vancouver where the Social Credit Party was holding its convention. 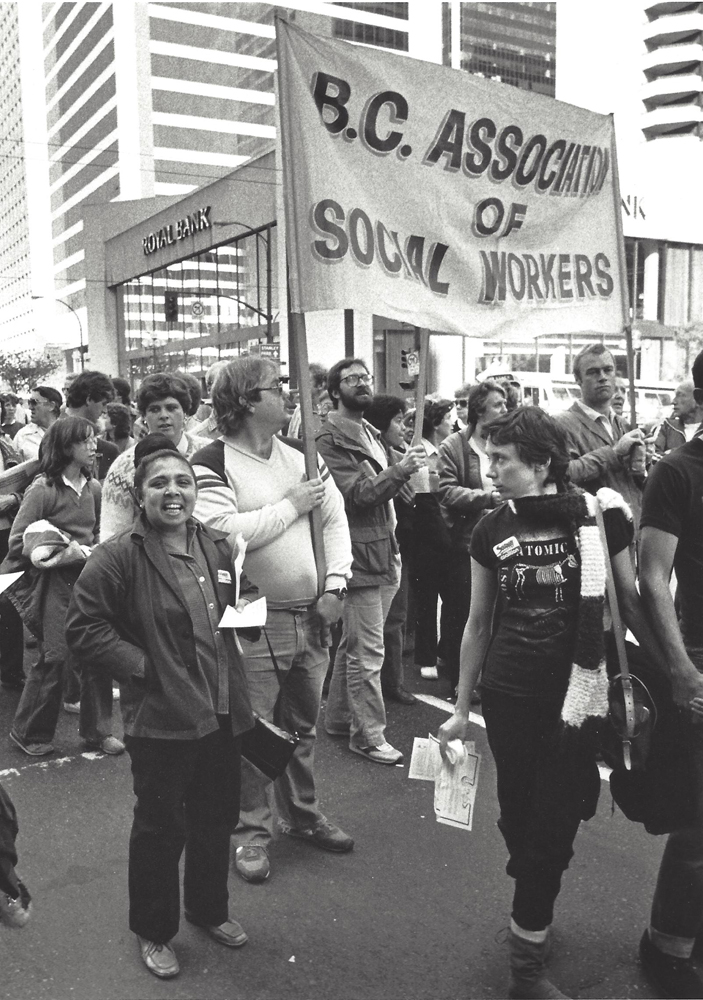 They need not have worried. A massive feat of organization brought over 60,000 citizens downtown to encircle the Hotel Vancouver where the Social Credit Party was holding its convention – the largest political protest in Vancouver and British Columbia’s history at that time. 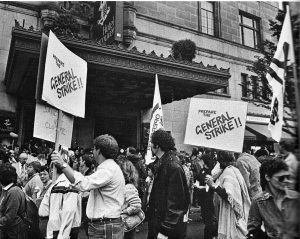 For two hours the demonstrators marched around the Hotel Vancouver, exchanging catcalls with Social Credit Party delegates. They then marched to the Queen Elizabeth Theatre Plaza.

Catcalls were exchanged between marchers and delegates. A bucket of water was thrown from an upper floor on the crowd below. Protest signs and chants were calling for a general strike.

After two hours the crowd marched to Queen Elizabeth Plaza. Jack Munro of the IWA [International Woodworkers of America], representing Operation Solidarity, and Renate Shearer, representing the Solidarity Coalition, read out “A Declaration of the Rights of the People of British Columbia”. Solidarity appeared as strong as ever. 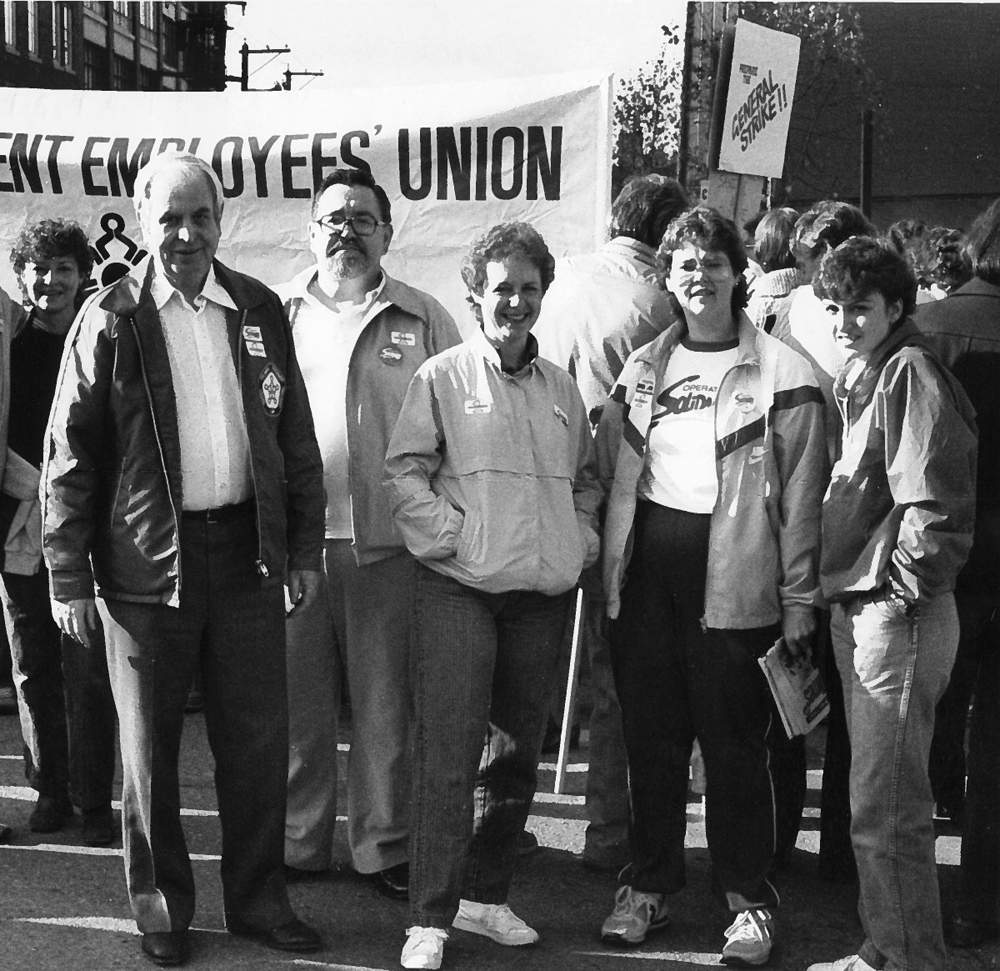 The October 15 Rally for your Rights became the largest political protest in BC’s history. At far left is Norman Richards, President of the BC Government Employees’ Union.