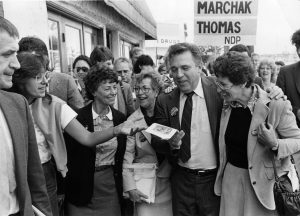 Leader of the BC New Democratic Party Dave Barrett was greeted by enthusiastic crowds during the 1983 provincial election campaign. The party was widely expected to win the election on May 5.

Early in the 1983 election, little went right for Premier Bennett, while New Democratic Party [NDP] leader (and former Premier) Dave Barrett was greeted with enthusiastic crowds wherever he went.

Many people felt the NDP seemed to be headed towards a strong victory, with support from communities that fought for social justice, labour rights and the rights of the disadvantaged.  Premier Bennett campaigned with the message of ongoing restraint. 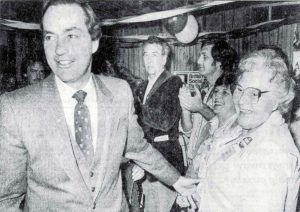 Premier Bill Bennett campaigned on a platform of economic “restraint” during the 1983 provincial election campaign and was re-elected on May 5. No one predicted what was to come.

With two weeks left until election day, Barrett made a mistake that shook his support: he promised to eliminate the popular provincial wage control program completely. Many struggling British Columbians and unions already impacted saw this as unreasonable and unfair.

Social Credit won with a majority, re-elected on May 5th, 1983. Though Bennett had campaigned on a platform of “restraint”, nobody predicted what was to come on budget day of 1983. 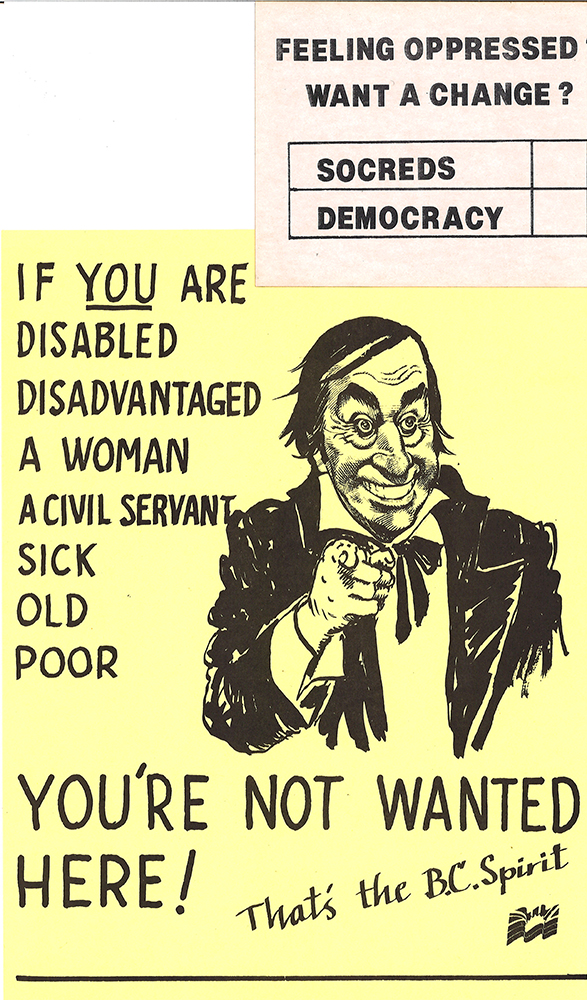