The Development of Hydropower

Coaticook owes much of its growth and its unique history to the Coaticook River. The river furnished the energy source necessary for the establishment of industry and its expansion. During the first few decades, most factories were built along the banks of the river, to take advantage of its generating power.

Exterior View of the Sleeper and Akhurst Factory, 1891

Mills were the first to harness the river’s hydraulic power. Other factories followed suit, using this energy source right up until the 1920’s. 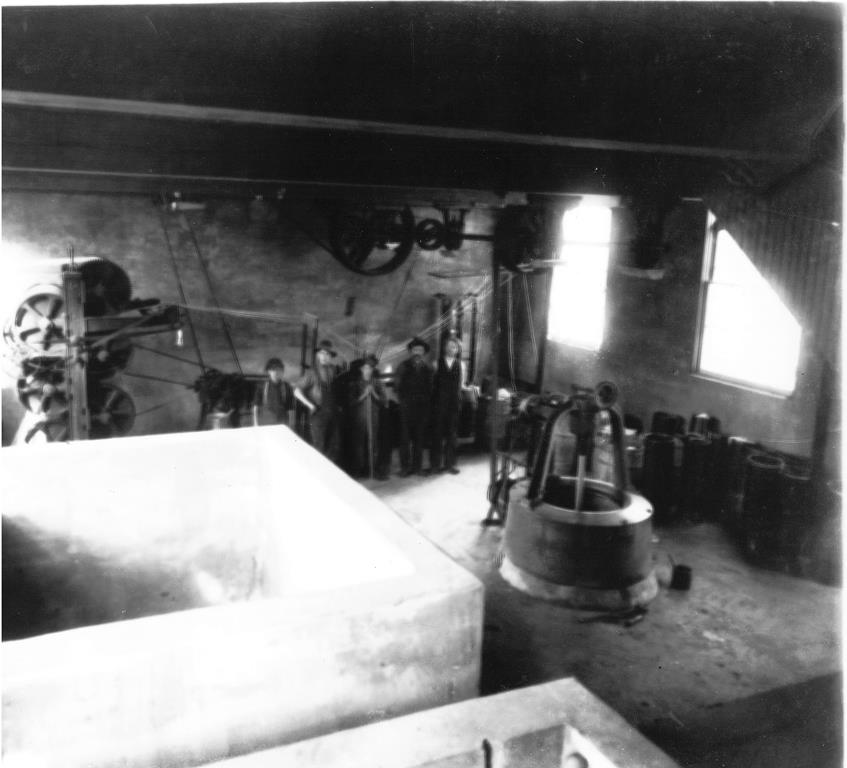 The Interior of the Sleeper and Akhurst factory, 1891

The introduction of hydroelectric power signified marked advances for both industry and the general population alike. The firm Sleeper & Akhurst was right at the centre of this emerging technology. In 1891, the company built a first hydroelectric power station next to its dam. Later that same year, electric lights powered by the station began brightening up Coaticook’s streets.

This marked the starting point for a host of new hydroelectric initiatives. For example, five local leaders got together to incorporate the Coaticook Electric Light and Power Company in 1897. Their names were Henry Lovell, Charles Henry Lovell, Fritz Ernest Lovell, John Henry Morgan and Parker Tabor Baldwin, and they planned to produce and sell electricity for both industrial and public use.

Eventually, the Town of Coaticook itself became the most active player in the energy sector. First, the town bought the Coaticook Electric Light and Power Company, then it built dams. Today Coaticook owns and operates two dams and two power stations as well as the infrastructures at Lakes Averill and Norton in Vermont (USA). Hydro-Coaticook has 3,600 clients and produces about 10% (2.1 MW) of municipal energy needs, bringing in about 1.5 million dollars in revenue for the town.

Great Pioneer Builders Ingenuity in the Mechanical and Electrical Industries