Aerial View of the Coaticook River, Circa 1890

The name “Coaticook” derives from the Abenaki word “koatikeku”, which means “where the river is bordered by white pines”. The word “Abenaki” itself (or “wôbanaki”) signifies “the people from the country of dawn”, meaning the people from the country to the east. The Abenaki people were present in the Coaticook region roughly during the period of 1600-1775. Part of the larger Algonquin family, they were hunters and fishermen and also picked berries.

Located in the province of Quebec, Coaticook is the main town of the municipality that bears its name. It covers 222.73 km2 and has a population of 8,698 inhabitants (according to 2016 census data). Coaticook is called the Pearl of the Eastern Townships because of its many natural attractions. Its green rolling hills and valleys, as well as its charming river and gorge, are simply gorgeous sights.

The Eastern Townships is a large tourist area in southwestern Quebec. The Townships include the administrative region of Estrie, as well as two municipalities of the Montérégie-Est region, namely Brome-Missisquoi and La Haute Yamaska (Upper Yamaska). 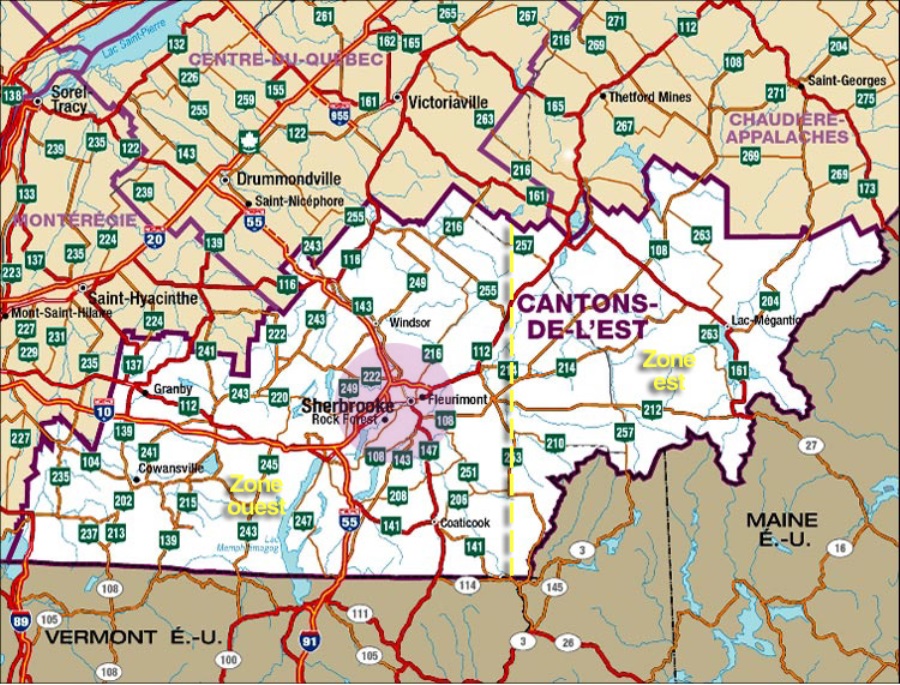 Map of the Eastern Townships, 2016

It was in 1792 that colonisation began in the Eastern Townships. Robert Shore Milnes, former governor of the colony was granted some land in 1810 and this included the future site of Coaticook. The area developed and became a municipality in 1864.

The pioneer phase (1792-1840), constitutes the early days of colonisation.

The industrial village phase (1840-1867), characterized by the opening of a land and property market and the gradual appearance of businesses and light industries.

The modern period (from the 1950’s onwards), when modern institutions, industries, businesses and services come into being.