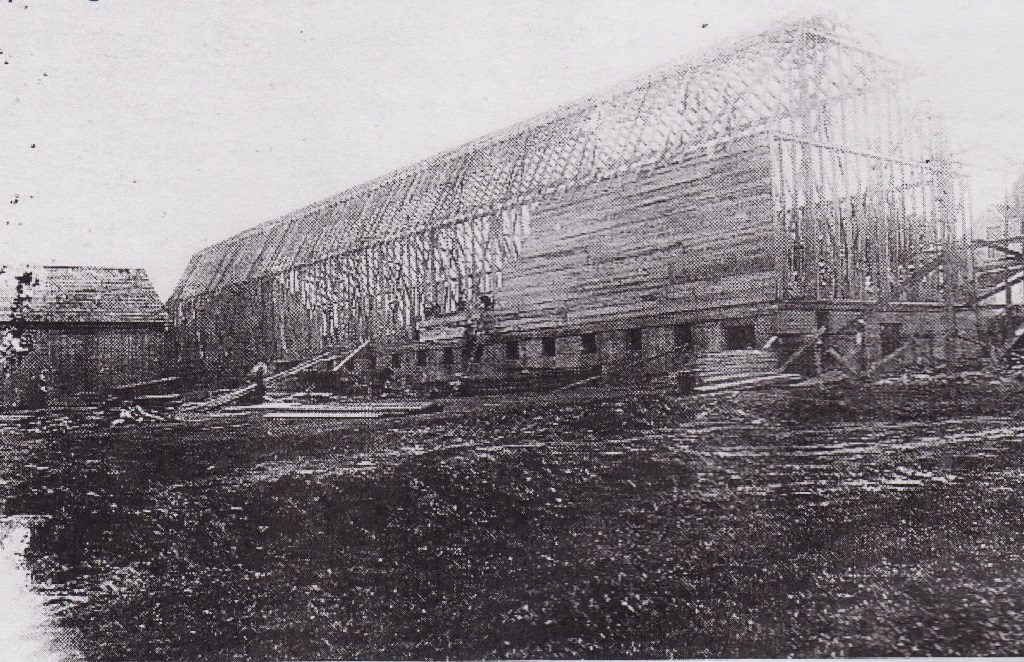 The Ferme-du-Plateau farm under construction, 1912

The region of Coaticook has been home to many new innovations and experiments thanks to the genius and vision of members of the agricultural sector.

One of the most notable examples is the farm “Ferme-du-Plateau”, which used to be known as the Baldwin Farm. The farm originally belonged to Eugene Baldwin, mayor of Coaticook in 1924 and 1925. Built in 1912, it was the largest barn in North America at the time, which earned it a Guinness World Record. Eugene Baldwin extended the length of the barn to 340 feet long (103.63 m) a few years later, for the simple reason of holding on to his world record. The eccentricity of his efforts led to the silo becoming encompassed by the new extension, where it can still be seen today. Baldwin used to keep a herd of 100 purebred Jersey cows, one of the biggest in Canada in his day.

In 1940, the engineer, Lauréat Lavoie, bought the property and came to live there with his family.  He names it “Ferme-du-Plateau”, to reflect the farm’s location overlooking the city and surrounding countryside. His son, Bernard, took over the farm in 1962.  The farm gained an international reputation, with animals sold to farms as far as Russia, Spain and Cuba.

The town of Coaticook bought the farm in 1989. The barn has been certified a heritage building since 1999. 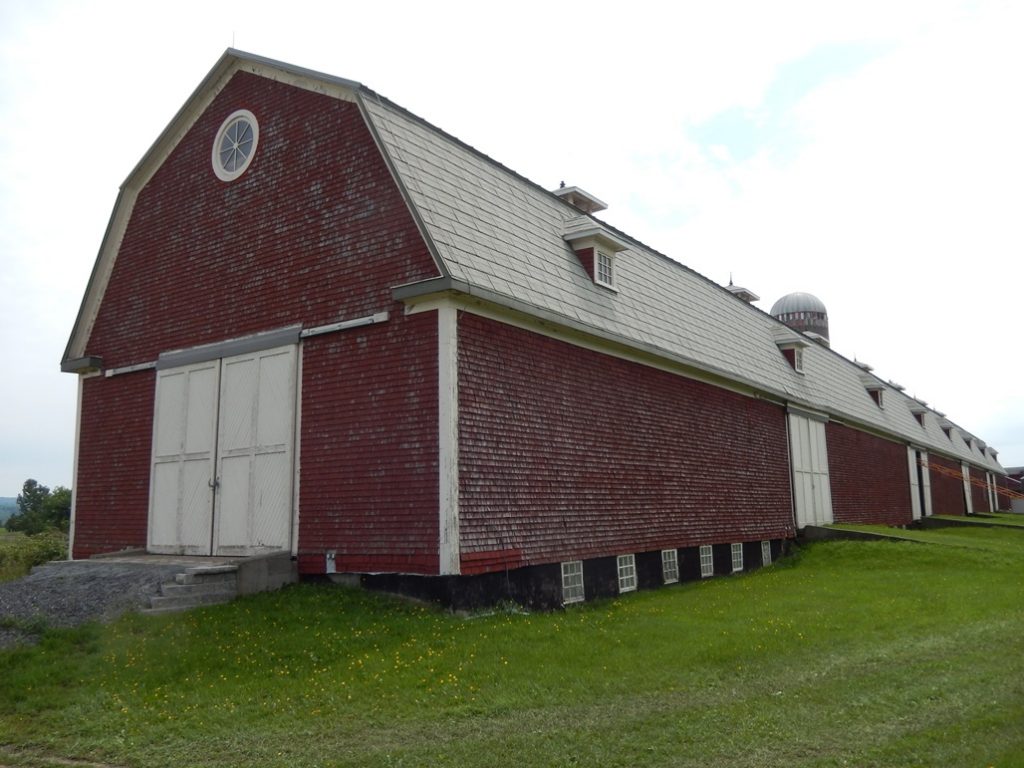 Today, the site is home to the C.I.A.R.C. (the “Centre d’initiatives en agriculture de la région de Coaticook”). This organization acquired the farm in 1992 and has put Coaticook on the map with regards to programs linked to agriculture.