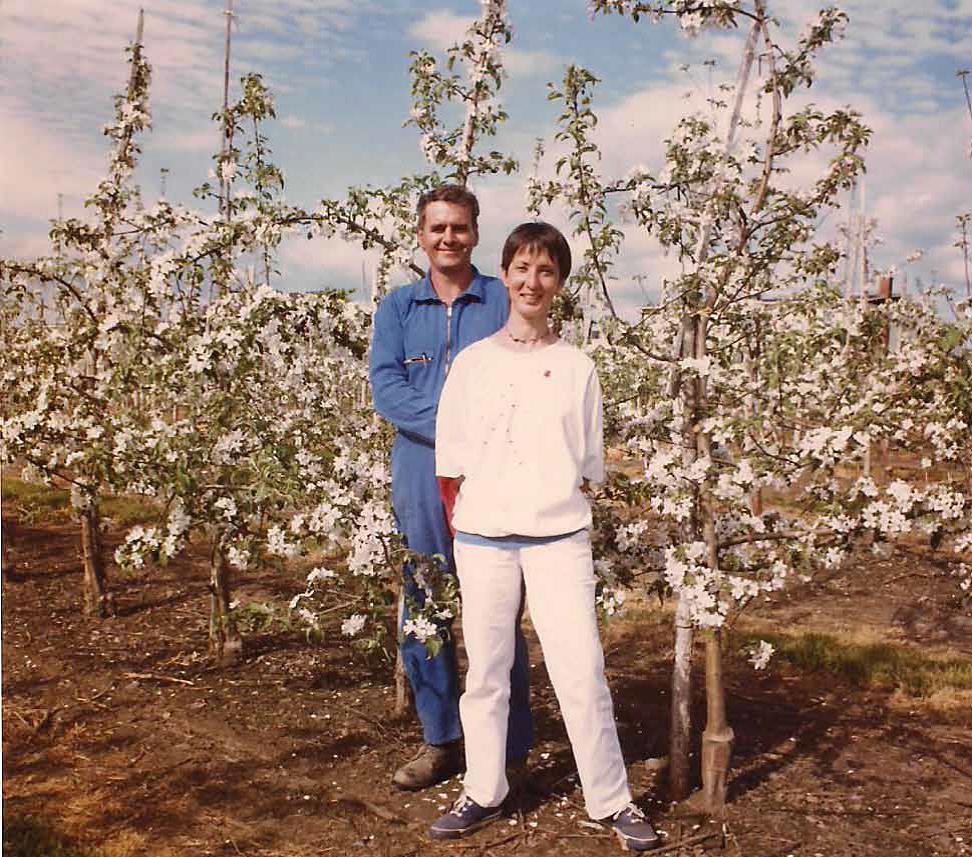 I think that when you’re an innovator, you just say “let’s go”, and push forward.

Many local farms grow and prosper in many cases due to remarkable innovations. A perfect example is “le Verger Le Gros Pierre”, an apple orchard founded by Diane Goyette and Louis Poulin.

In 1984 I arrived in Québec to initiate Diane and Louis to the new ways of doing things. These were the early days of an exciting collaborative project between France and Québec.

In 1980, apple growing in Quebec was very far behind Europe from a technical vantage point.  It became important to begin growing dwarf trees that could produce apples in only 3 years instead of the standard 7 years of regular trees. This French innovation was making it possible in France for apple trees to begin producing fruit much faster. The smaller trees also allowed people to work without using ladders for pruning or picking. Although Diane and Louis didn’t invent the actual technique themselves, it nevertheless took a good amount of risk-taking and inventiveness on their part to adapt it to conditions in Quebec, especially to the climate.

Diane Goyette, Past Co-owner of the Orchard Verger Le Gros Pierre (captions available in both FR and EN). View this video with a transcript (EN).

With the support and encouragement of French technicians and growers, Diane Goyette and Louis Poulin persevered, eventually achieving success when the trees finally began to produce in 1984.   The two entrepreneurs had proved they could innovate and were able to adapt the new techniques from France to Quebec. After 1984, the farm opened its doors to allow the public to pick their own apples, putting up interpretive panels in order to educate visitors about their orchard. 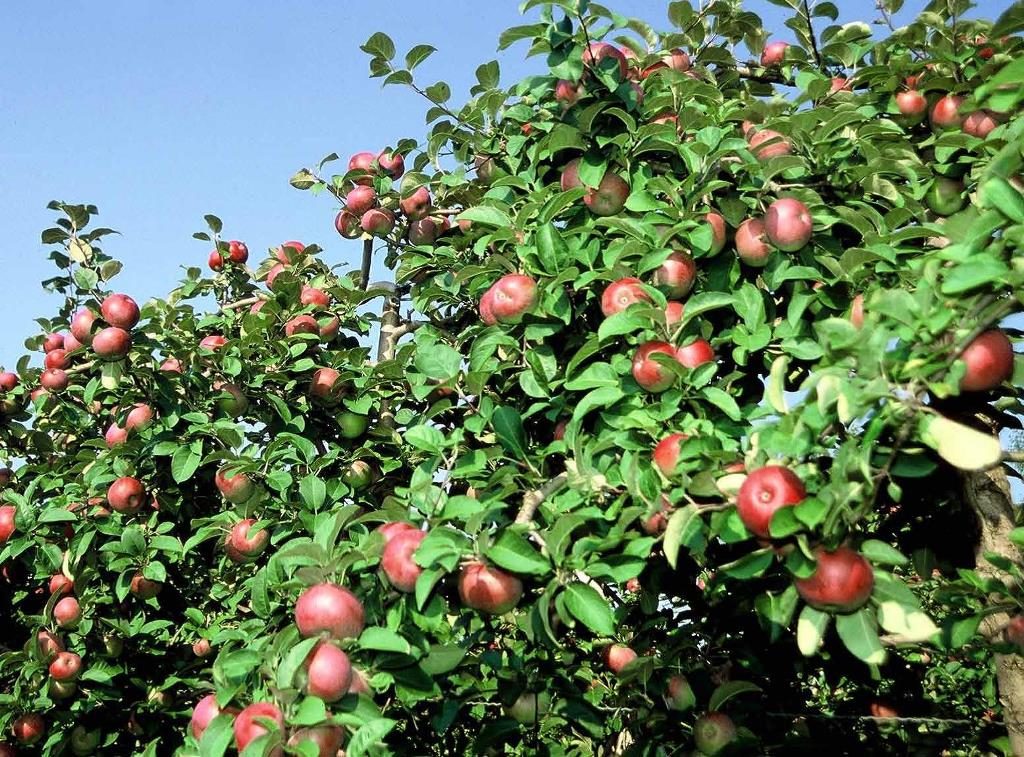 Diane Goyette and Louis Poulin are proud of what they’ve accomplished, and happily share the story of their orchard’s success with young entrepreneurs, in the hopes of inspiring others.

A Model Farm A Triumph for the Dairy Industry