The organization that has best been able to combine the fields of engineering, nature and culture is the Parc de la gorge de Coaticook (The Park of the Gorge).  Two landmark projects illustrate its ability to innovate: the construction of the suspension bridge in 1988, and the creation of Foresta Lumina in 2014. 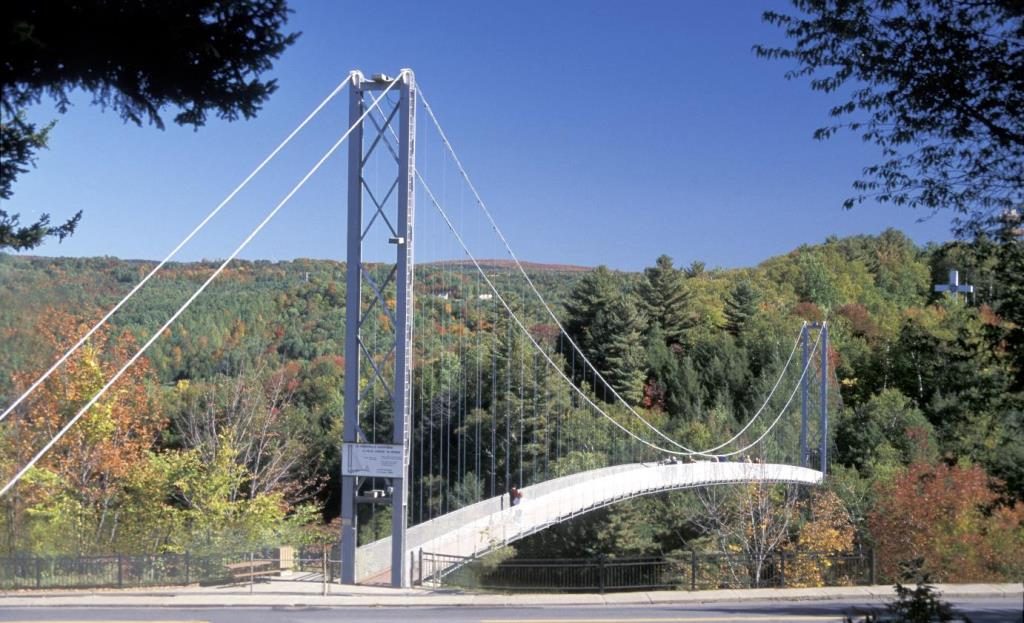 Suspension Bridge of the Park of the Coaticook Gorge, 1988

At the time of its construction, the suspended bridge crossing the Coaticook Gorge at the Parc de la gorge, was the longest suspended bridge for pedestrians in the world, a fact noted in the Guinness Book of World Records. It was built in 1988 by the local firm, Couillard Construction, and the work took 6 months to complete. For over twenty years, this bridge was the emblem of the Parc de la gorge.

Caroline Sage, Director-General of the Parc de la gorge de Coaticook (captions available in both FR and EN). View this video with a transcript (EN).

The region’s biggest attraction today, Foresta Lumina marked an important innovation for the world-wide tourist industry. The project was the result of a collaboration with Moment Factory, a Montreal firm specializing in the creation of multi-media events. It’s a 2,5 km trail to be walked at night, where an appreciation of nature is brought on by new technologies (such as projection mapping, lighting and special effects, original musical scores, and others). The show gives visitors a unique, immersive multi-media experience, and is presented every night during the summer season. 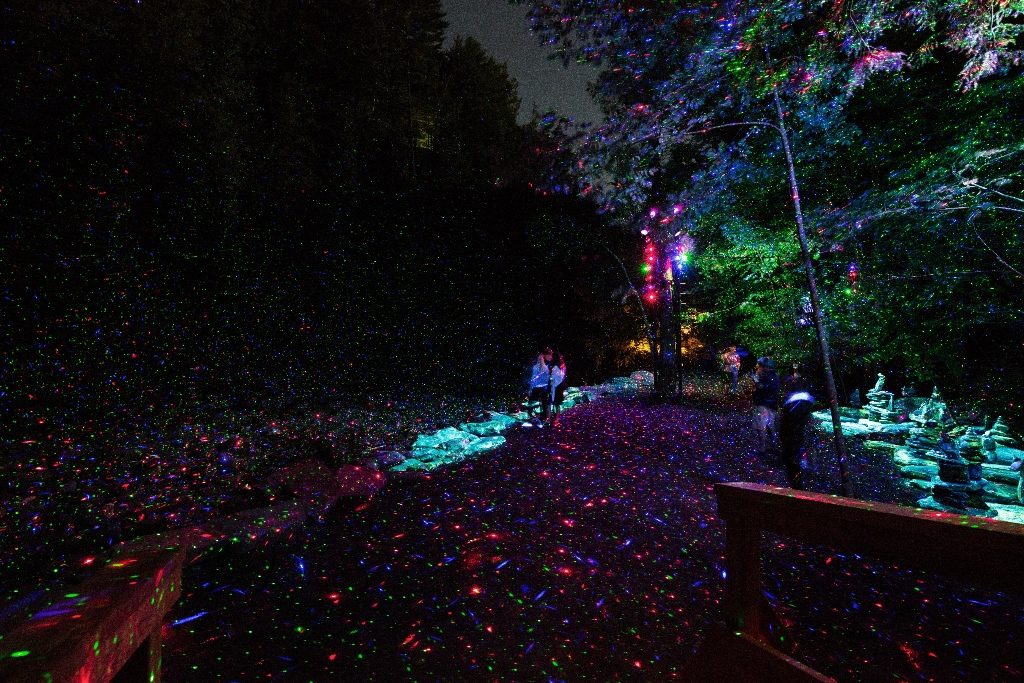 The biggest challenge for the project was to find a way to integrate the technology into nature so that it remained invisible in the daytime. It also had to adapt to a natural landscape that grows and changes over time. The team attached the speakers to the trees using cushioned rings, and this protected the trees. The system was able to adapt to the yearly growth of the forest.

A gigantic success, a success that a community such as Coaticook never expected at all.

With an average of 100,000 visitors per year, Foresta Lumina has made waves across the world, winning numerous prizes. Some of these awards include Attraction Park of the Year (Walt Disney), Interactive Attraction of the Year (Thea Awards), the Numix Prize (for artistic creation), and many other honours. The attraction has contributed and continues to contribute to important economic growth for the citizens of Coaticook. This innovative multi-media event has earned the region recognition across the province, across the country, and even around the world. Most importantly, it has had an impact on the overall pride of citizens, who see their town held up as a model for others.

A Triumph for the Dairy Industry A Legendary Music Ensemble