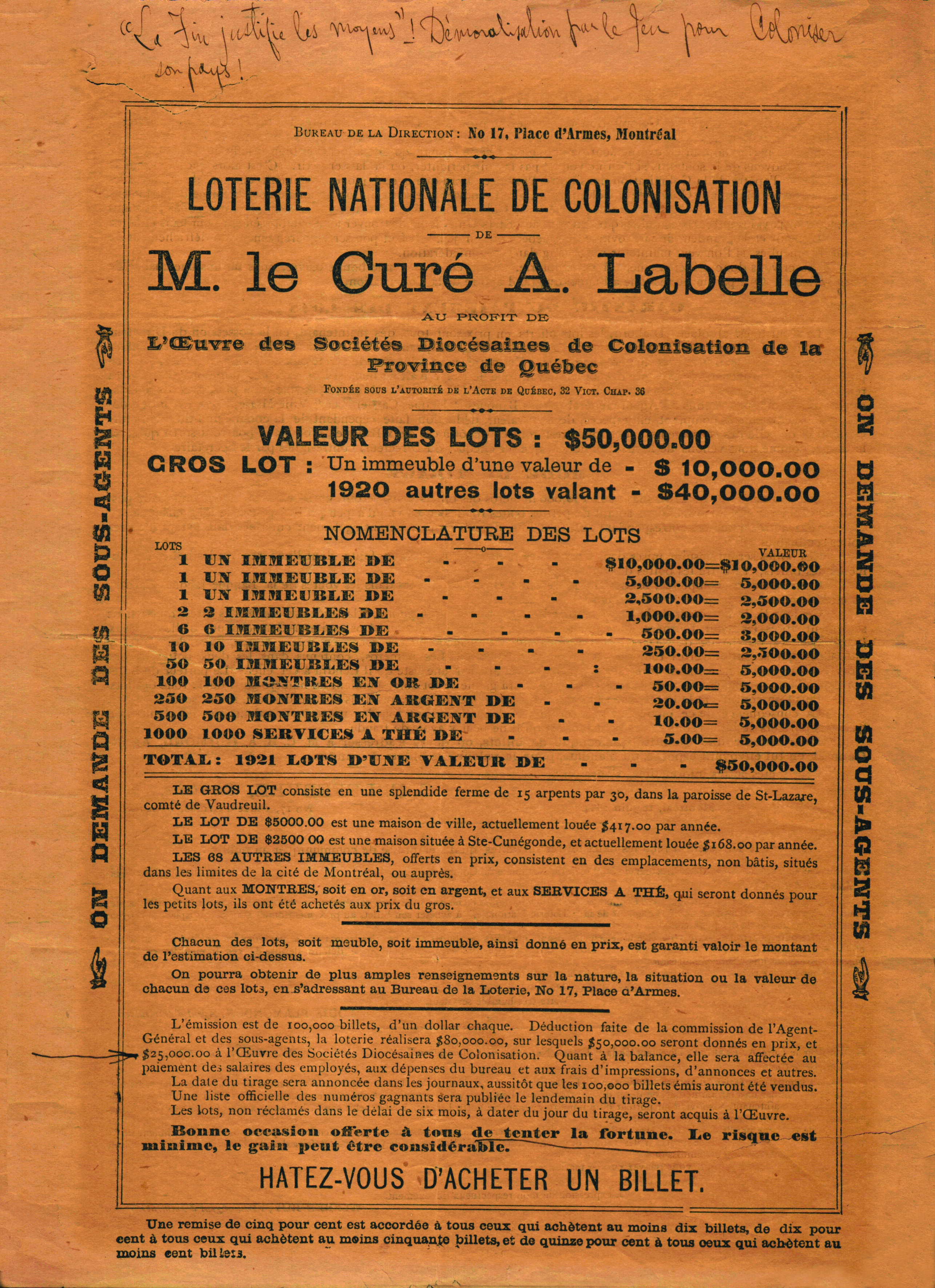 Despite brisk sales, the lottery posted a deficit of $3,552.66 for the period June 1884 to February 1886. Expenditures, which included items like postage stamps, agents’ commissions, advertising, printing, wages, the purchase of the prizes, and the cost of keeping the lottery office, exceeded revenues. Undaunted, Father Labelle organized another lottery. Unfortunately, it lost money as well. Although the shortfall was less this time around, the total debt stood at $4,430.98. Under the circumstances, Labelle turned over management of the company to Mr. Alphonse Audet in March 1887. The newspaper La Vérité reported: “For since its beginnings, the lottery has failed to bring all of the hoped-for results, due most especially to the inexperience of the organizers and the sheer lack of outlay.” During the ensuing months, Labelle continued his patronage of the lottery. Before long, the previous deficits were reimbursed and the remainder of the proceeds was paid to the colonization charity. The funds were used, among other things, to purchase a set of ten bells for new parish churches, including that at Huberdeau.