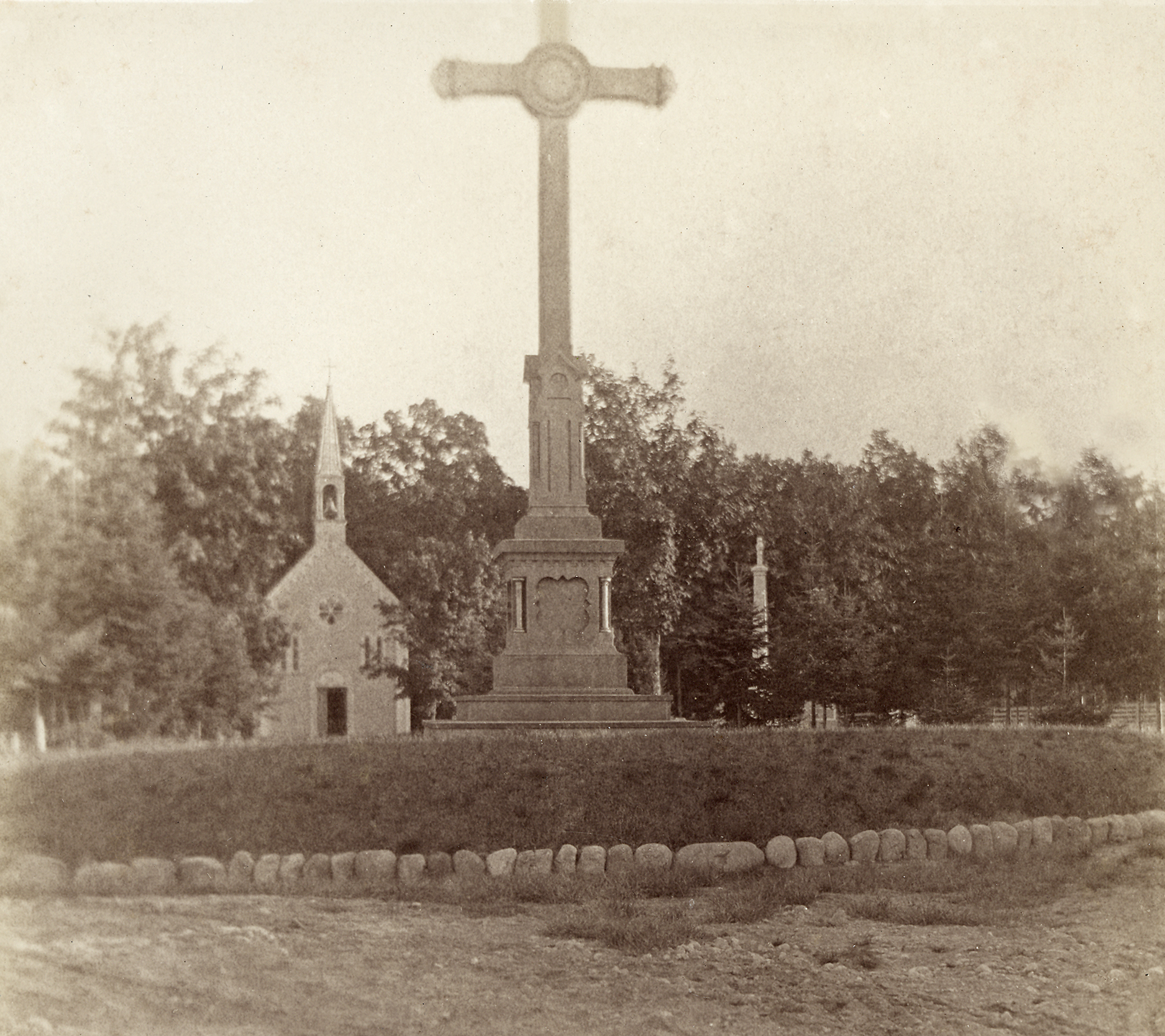 The new Catholic cemetery in Saint-Jérôme was an initiative of Antoine Labelle. In the earliest days of the parish, the cemetery was located behind the original church, in present-day Parc Labelle. With the population growing, burial spaces in the first cemetery became scarce, and the parish acquired an approximately 60,000 m2 site at some distance from the town. Two close friends of the curé gave up their land for it—one of whom was a Protestant! In 1886, after the new cemetery was formally blessed, the first burials were held. The following year, the cemetery was almost completed, but the project had proved costly, and the fabrique (parish corporation) had run out of money to build a funeral chapel on the site as Labelle wished. A bazaar was thus organized, with the profits to go toward construction of the small building. The charity initiative was a huge success, leading to an announcement in the local newspaper, Le Nord: “The contract for the chapel that the Fabrique is having built at the cemetery has been awarded to our intelligent fellow citizen Mr. Siméon Monette, in the amount of $1,600.” In accordance with his wishes, Antoine Labelle was interred in the chapel’s crypt after his death in 1891.