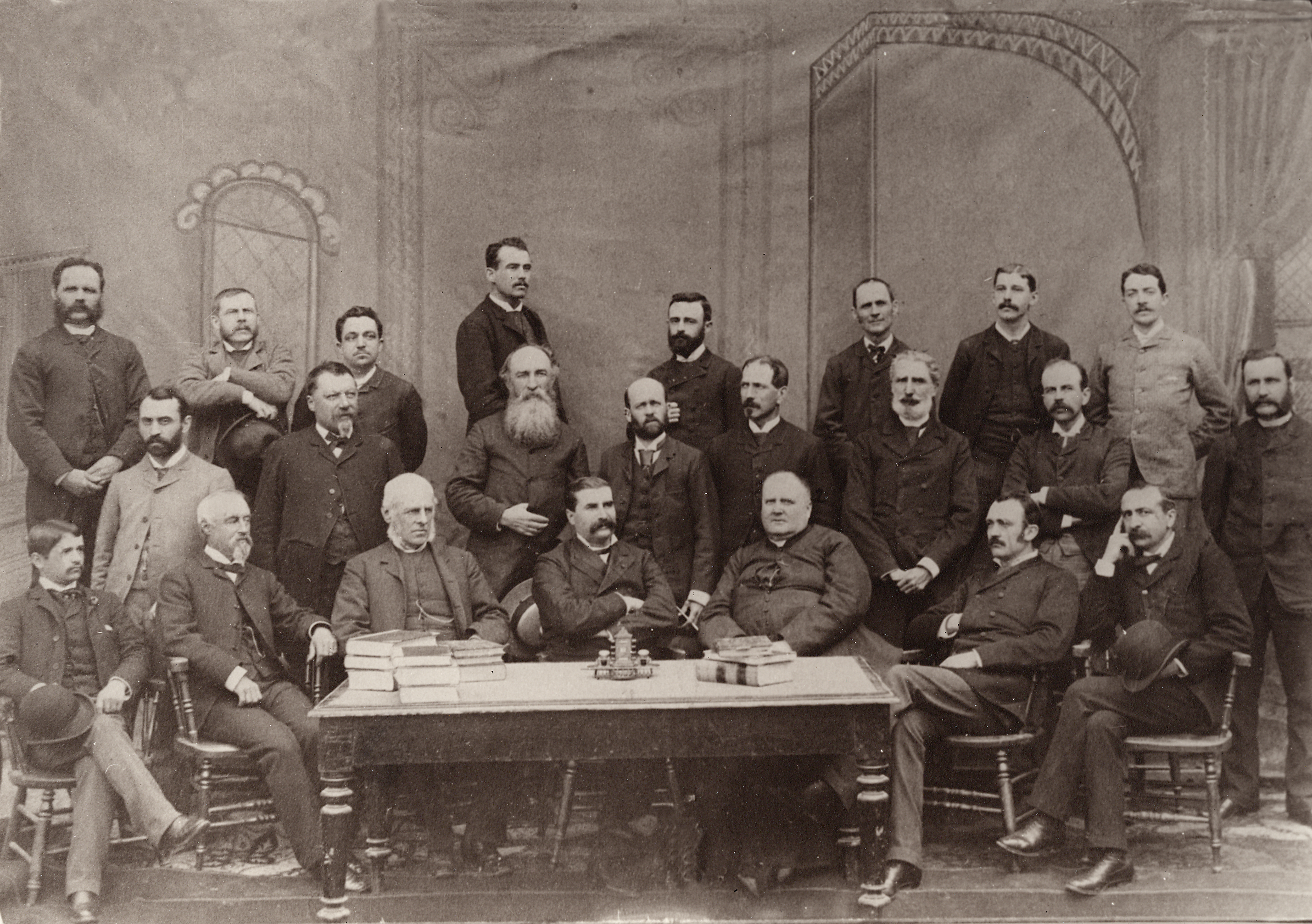 This photograph shows Curé Labelle with his Ministry of Agriculture and Colonization colleagues. Seated behind the table, at centre, from left to right, are Col. William Rhodes, Commissioner of Agriculture and Colonization; Honoré Mercier, Premier of Quebec; and Monseigneur Antoine Labelle, Assistant Commissioner of Agriculture and Colonization. Mercier offered Antoine Labelle the position of Assistant Commissioner (effectively, Deputy Minister) of Agriculture and Colonization in May 1888, citing his integrity and skills. It was an offer Labelle could hardly refuse, as he explained in a letter to Onésime Reclus: “Mercier, on the eve of the sitting, asks me to join with him in ensuring the success of the policy which I have worshiped for 15 years as the healthy, the true policy of the Province, that which must ensure its prosperity, its grandeur and at the same time, revive the French race. Vive la France!!! He spoke to me with such good sense, such sincerity that I thought I saw in him a statesman transformed into a Labelle! So, to simply refuse to assist him would have been to deny myself, and I would no longer have been Labelle, not even Labelleux.” His political allegiances notwithstanding, the curé accepted Mercier’s offer: the cause of colonization was paramount.