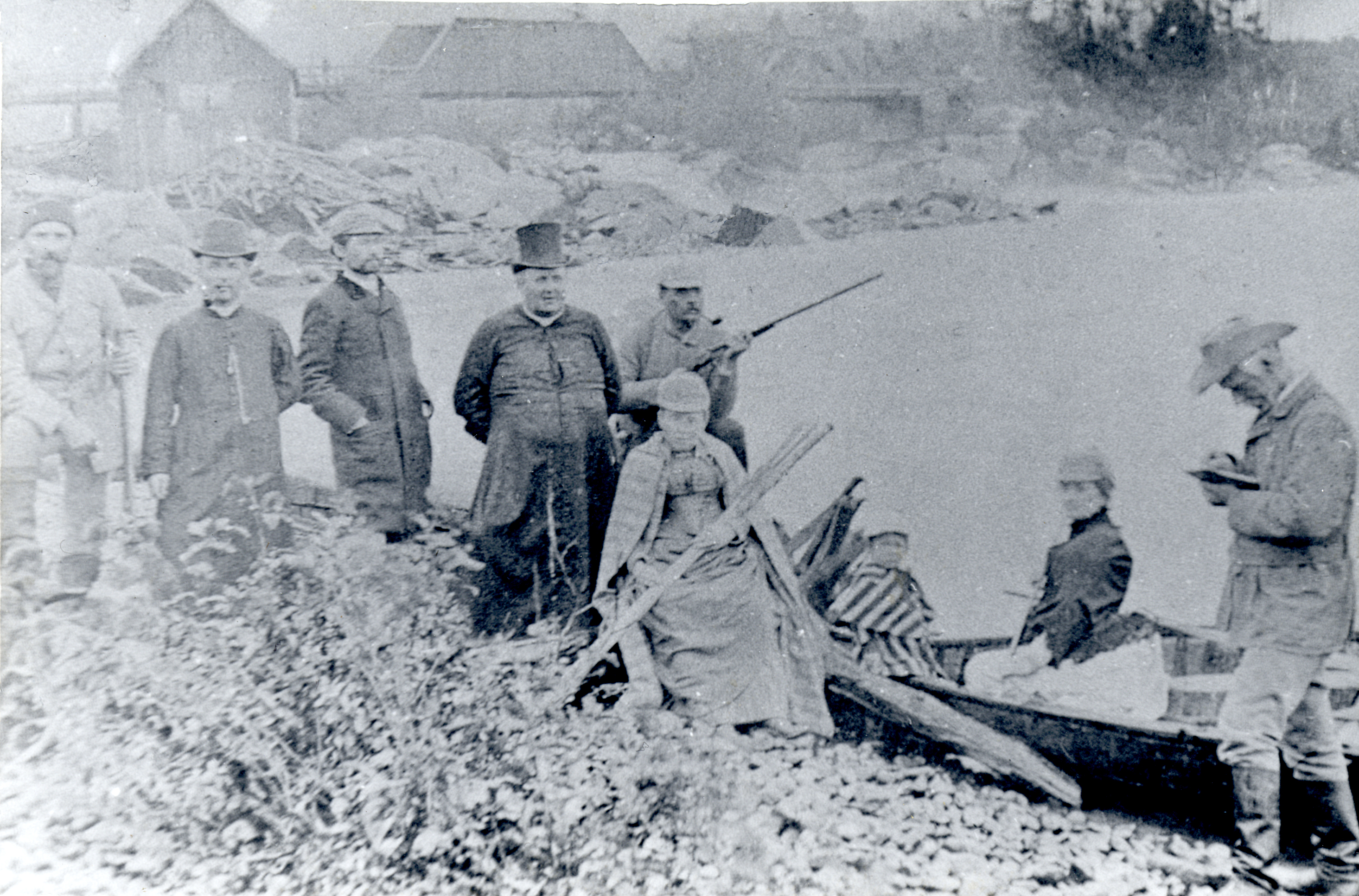 This photo shows one of the Curé Labelle’s expeditions to Chute-aux-Iroquois (the present-day town of Labelle). Left to right: A.B. Filion, Crown Land Agent, Petite-Nation East; Curé Samuel Ouimet of Saint-Jovite; the Honourable Georges Duhamel, Crown Lands Commissioner; Curé Labelle and his loyal companion Isidore Martin; and Arthur Buies (taking notes); the other people depicted are unidentified. In these journeys, the party would travel part of the way by horse and carriage, but given the state of the roads at time, the remainder had to be negotiated on foot and by canoe. Martin worried about his curé’s health, more than once pleading with him to turn back. But Labelle would stop, catch his breath, and then insist that they press on.