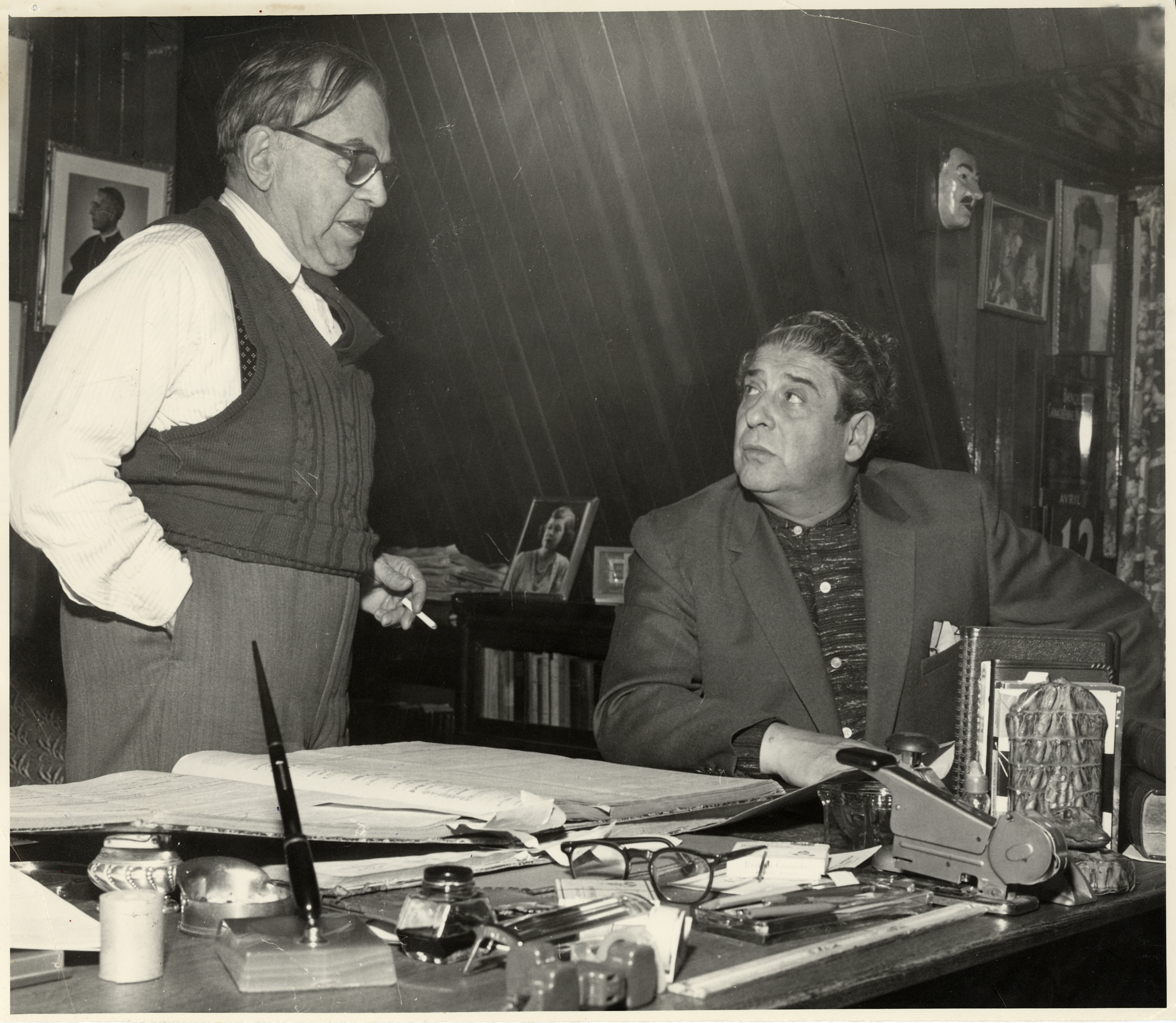 Claude-Henri Grignon and Paul Desmarteaux in the author’s office in Sainte-Adèle. A bound copy of the newspaper Le Nord from 1887, by Alphonse Nantel (published between 1878 and 1901 in Saint-Jérôme) is on Grignon’s work table, and the two men are discussing the lottery organized by Curé Labelle, whom Desmarteaux played in the serial drama Les Belles Histoires des pays d’en haut, which aired on Radio-Canada television from 1956 to 1970. In the early years of its run, the series was performed and broadcast live, and in black & white. Starting in 1967, it was produced in colour.