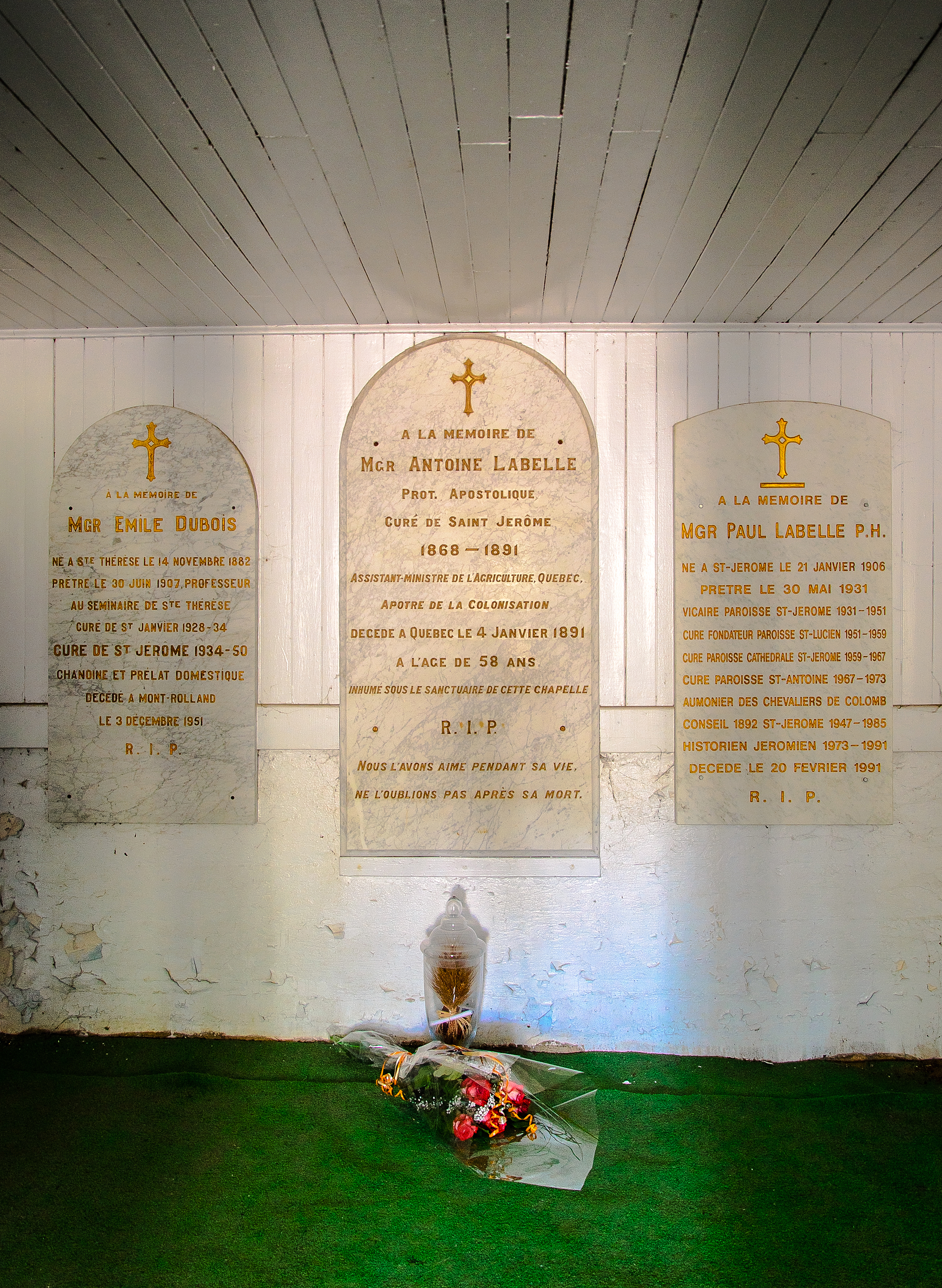 In accordance with Antoine Labelle’s wishes, a crypt was built beneath the chapel in the new cemetery. Not only was the underground burial vault reserved for priests who had previously served the parish, but the curé himself decided it would be the site of his own tomb. Arthur Buies, after visiting the cemetery of Saint-Jérôme for the first time with Labelle in 1889, described the crypt: “Around the nave of the chapel are arranged the vaults of the priests who have successively served Saint-Jérôme. Five of them were occupied at the time. […] A sixth, still empty, had a name inscribed upon the tombstone, and that name was that of Curé Labelle! […] Slowly, deliberately, he stopped in front of each one, briefly recounting for me the story of the priest whose remains lay there; then, stopping before his, he said with a smile: ‘It is you who will tell the story of this one; it will not be long now, for I do not have much time left.” A few months after the curé’s passing, Buies published Au portique des Laurentides, his posthumous tribute to the colonizing priest.