Musical performances have always filled Town Park; whether it was an evening concert in the Drill Shed or an outdoor celebration, music was always on the program. 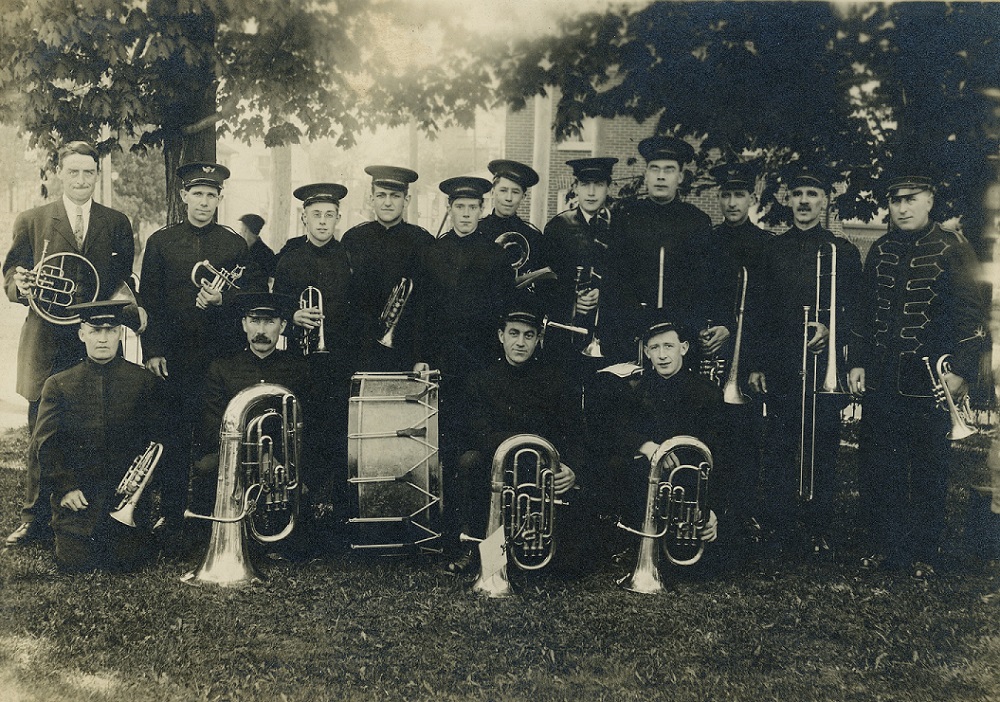 Immediately following World War II, Town Park was the place to be with outdoor summer concerts encouraging residents to forget their worries through the enjoyment of song and dance. The band concerts often featured the Aurora Lions Boys Band, and they were such a success that it wasn’t long until there was demand for a new Band Shell. 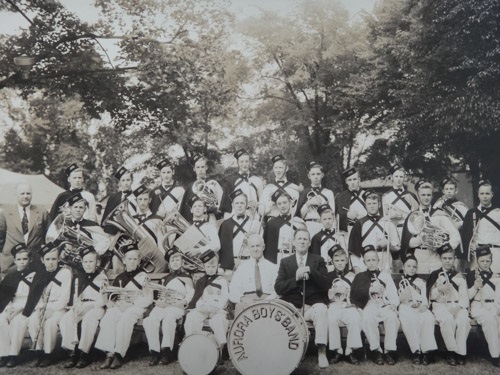 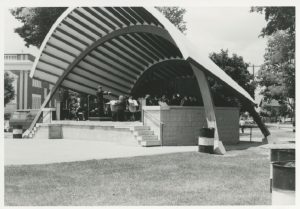 Queen’s Own Rifles Band playing at the Band Shell, 1988

On May 24, 1950, the Aurora Lions Club presented the Town with a Band Shell, which was the result of three years of fundraising. This was the first time a permanent bandstand had been erected in Town Park.

Parabolic in form, it will rest on laminated arches, with the roof itself starting well up from the ground to keep children from marring it

In 2001 Council approved the Town Park Redevelopment Master Plan, which among features added to the Park, called for the building of a new Band Shell. This much-beloved structure has been the site of multiple musical performances since officially opening in 2003. 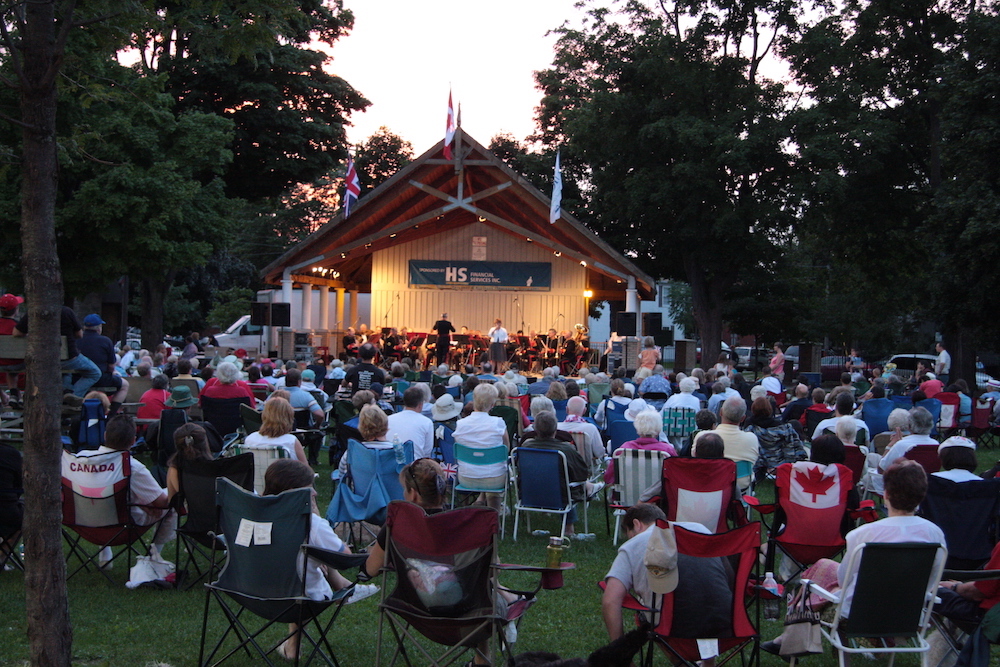 Concerts in the Park at the new Band Stand, 2008