The tradition of hosting monster celebrations in Town Park was put on hold during war years. After WWII, large-scale extravagant celebrations were reignited when both the Aurora Legion and the Aurora Lions Club organized separate carnivals. 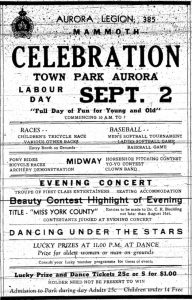 In 1946, the Aurora Legion hosted a summer carnival in Town Park, which quickly turned into an annual summer event. During the first year the carnival featured races, softball games, pony rides, horseshoe pitching and a yo-yo contest. The evening events commenced with a beauty contest for the title of Miss York County, which was followed by dancing under the stars. By 1948, the Carnival had become a two-day celebration and in 1953 it was a three-day affair. In 1959, the Legion carnival moved out of Town Park although they would continue to hold open-air dances in the Park during the 1960s. 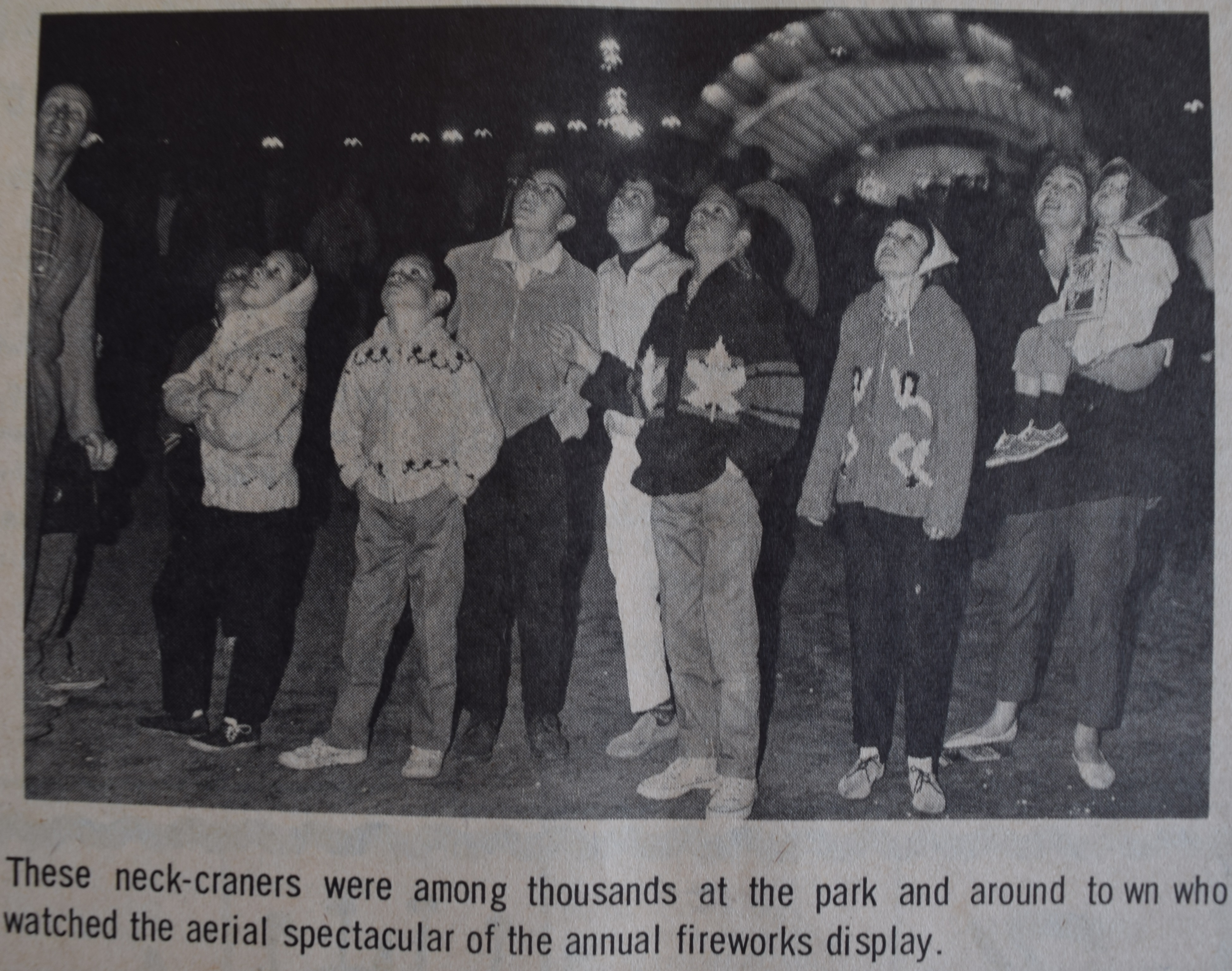 Watching the Fireworks in Town Park on Victoria Day, 1966 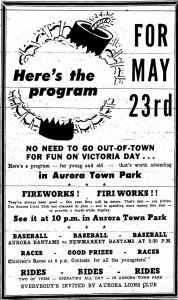 Also in 1946, the Lions Club moved their Victoria Day fireworks from the local Golf Club into Town Park. The firework display started off modestly advertised as an Annual Fun Night. Within a few years, the celebration grew to be a boisterous event and referred to as a Mammoth Celebration.

Victoria Day in Town Park is remembered by long-time Aurora resident John McIntyre as being larger and more exciting than the Town’s July 1st festivities.