When purchased by the village council, Town Park was an open field, a blank slate available for uses to become imprinted on its expansive green grass. Over the years many features have been added, modified, and rearranged to create the vibrant park that Aurorans enjoy today. Three elements, however, have remained consistent throughout the Park’s history: a ball diamond, the Armoury, and the Band Shell. 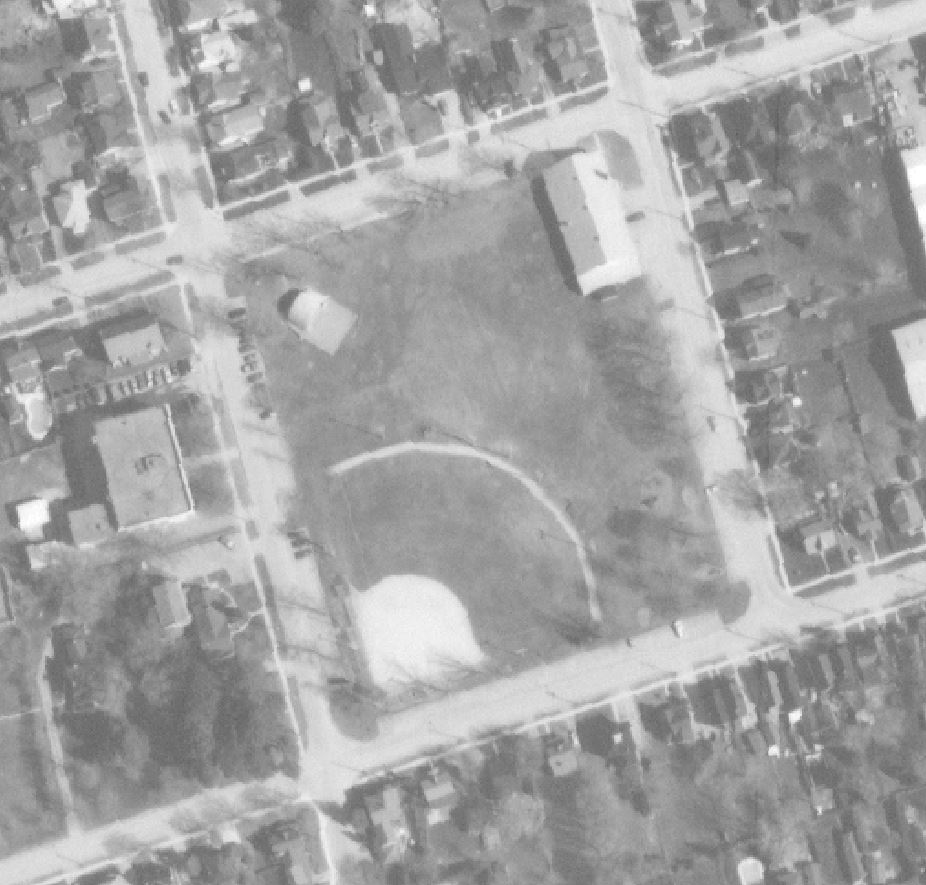 Together these three elements are the physical manifestations of years of many intangible memories and experiences of sporting events, musical performances, celebrations, and annual festivals and holidays that have brought the park to life. It is no surprise then that when the Town sought to re-vamp Town Park as part of a larger downtown initiative in 2015, there was little public appetite for change. One vision was to completely reconfigure the Park: the ball diamond was to be entirely removed, the Band Shell relocated to the southeast corner, and a large water feature added to the Park area immediately west of the Armoury. The feedback from residents was clear: don’t change our park. 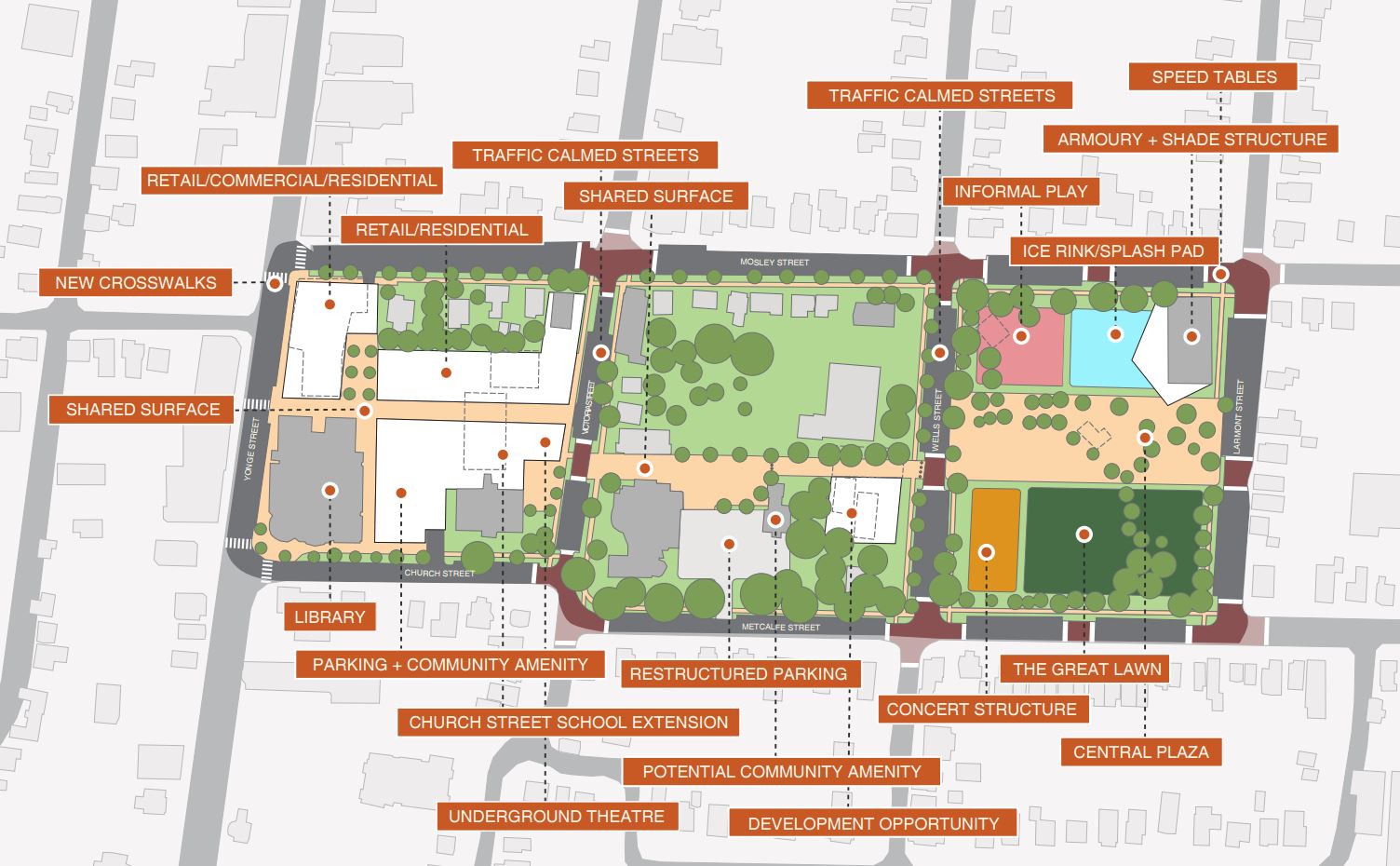 Concept Proposal for the Cultural Precinct

Whatever the future holds for Town Park, it is most certainly desirable to maintain its charm and appeal as a gathering place for the people of Aurora. One wonders what John Mosley and early Council members would think were they to visit the park today – no longer a blank slate, the landscape of Town Park has become a touchstone for community stories. They would surely agree. 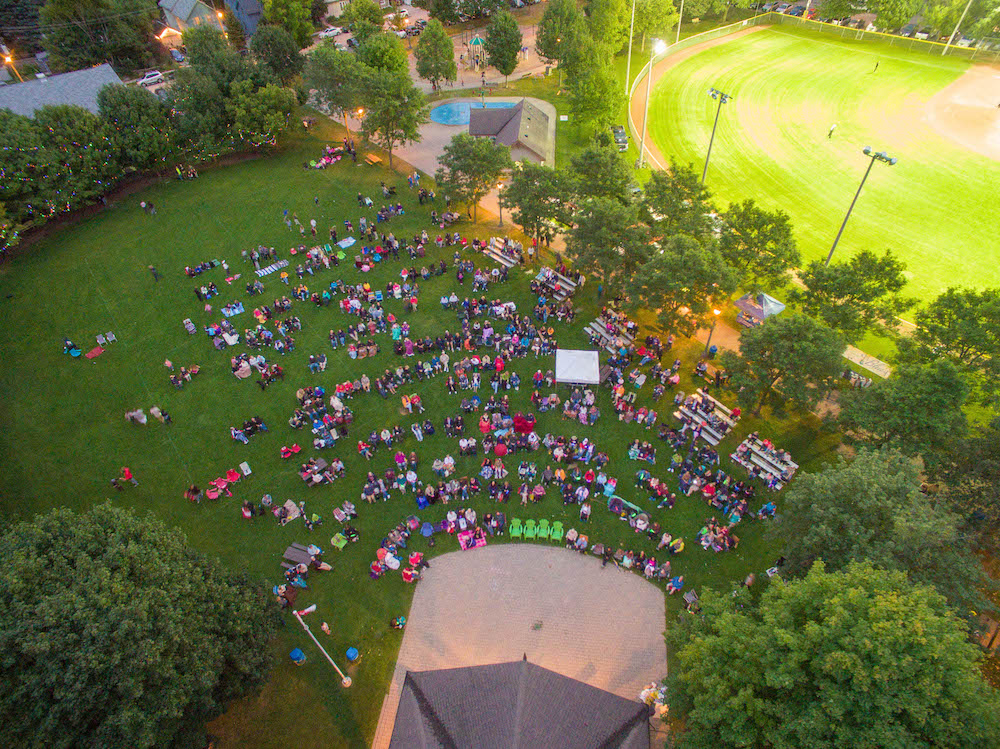 Aerial View of the crowd at one of the Concerts in the Park, 2015

Winter in the Park