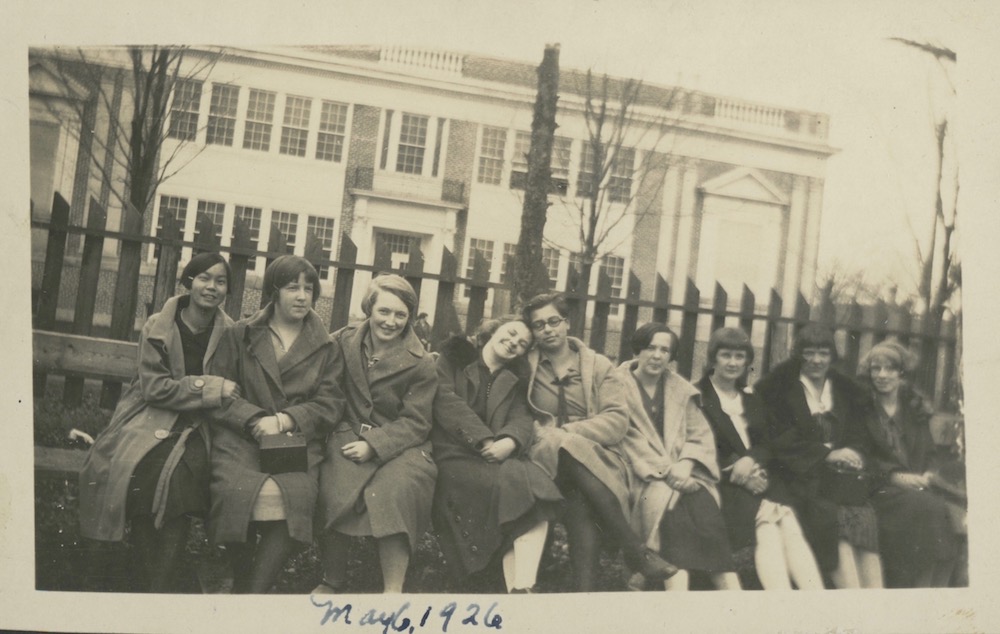 Students from Aurora High School (visible in background) relax in Town Park after their final exams, 1926

Aurora High School (later Wells Street Public School) was built in 1892, on the property directly across the street from Town Park. It was a modestly built two-storey school, which, despite extensive remodelling in 1922, continued to lack a large yard for outdoor play.

With Town Park directly across the street, students and teachers quickly claimed it to be their school field as former student, John Anderson remembers:

The School used the Town Park daily for all the outdoor PT and sport activities, recesses and lunch breaks thanks to having the steel gates that closed off the street to traffic all day. We even occasionally went over as a whole school activity to pick up all the litter after many of the major events. We were very proud of our park.

To celebrate Canada’s 125th anniversary, the teachers and students of Wells Street School organized a Flag Day in Town Park where over 400 students and teachers wore either red or white and gathered in Town Park to form the Canadian Flag.

Flag Day was set for June 9, 1992, and local reporters were on hand to capture the whole event for the evening news. It took half an hour to get everyone organized for the photo, which was taken from the ladder of a local hydro truck. After the photo was complete everyone sang “O Canada”.