Town Park’s central location combined with its openness and accessibility made it the ideal place to hold competitions. The Park was equipped with a large field, ball diamond and, in winter months, an ice rink, which meant that various sports could be played throughout the year. 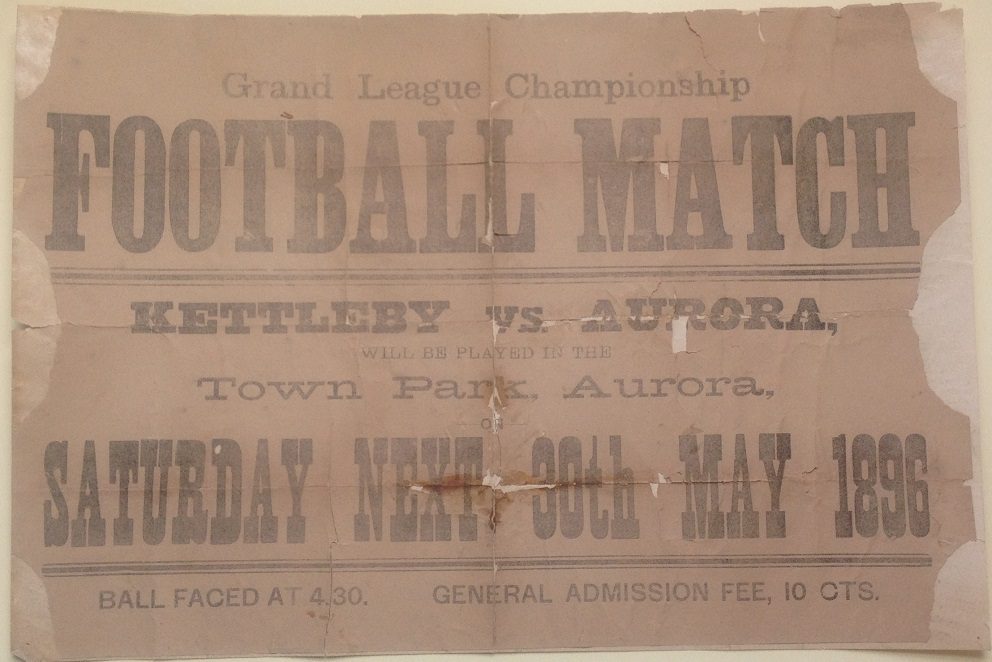 A poster advertising a football match in Town Park, 1896

During the late 1800s there was a surge in the development of team sports in Canada. When a new sport reached Aurora it would be tried, tested and played in Town Park. Originally referred to as the Cricket Field, Town Park was the go-to place for sporting events and Cricket was one of the first sports played in Aurora with a club dating back to the late 1850s. 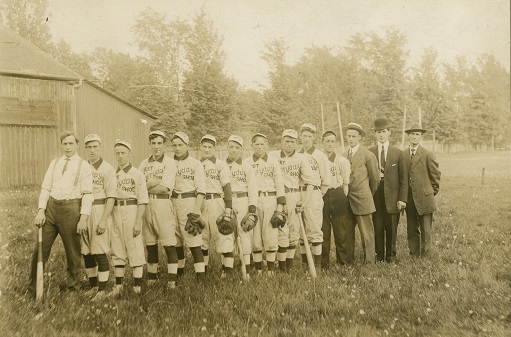 During the early 1870s lacrosse and baseball grew in popularity; league games were played regularly and informal matches happened as part of the annual Victoria Day and Dominion Day (July 1st) celebrations.

When writing about an 1895 lacrosse game between the Buffers and the Duffers, played in Town Park, the Aurora Banner (Oct 11, 1895) noted:

It was an endless source of amusement to the fashionable crowd, who numbered four or five hundred, to watch the energetic, graceful and frequently brilliant attempts made by players.

Sporting events were a central form of entertainment for both residents and visitors. Organizers would charge a small admission fee to help cover costs although not everyone was willing to pay the cost: 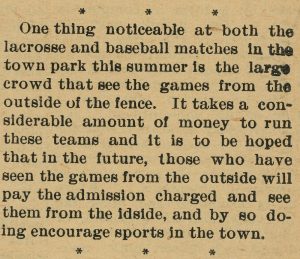 It was in Town Park where cricket, lacrosse, football, hockey, baseball and basketball would flourish while residents participated or cheered on their local team. 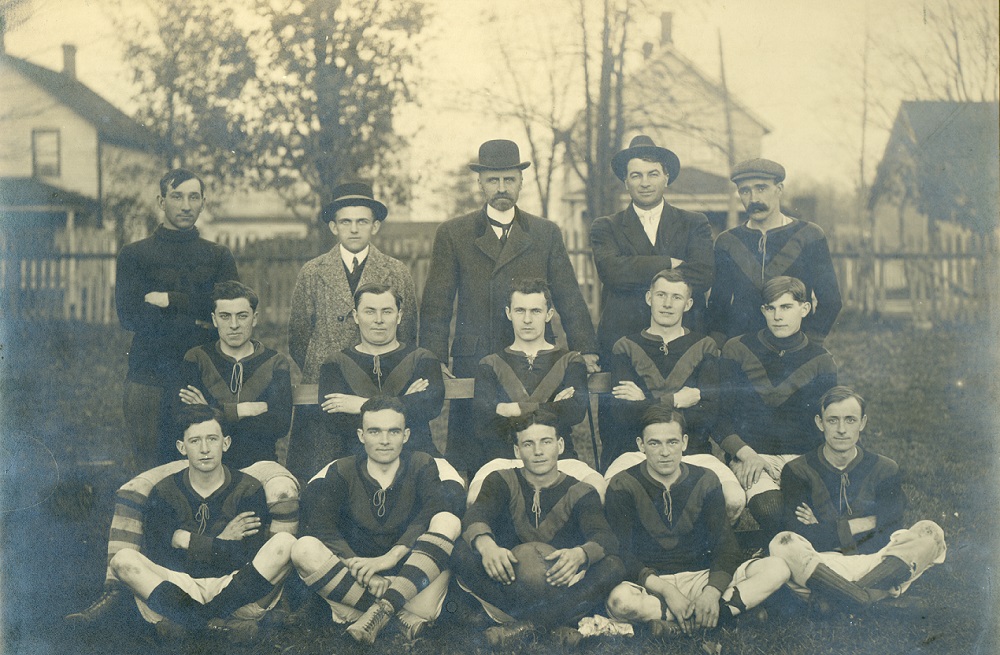