If there was something to celebrate, whether big or small, Aurorans would gather in Town Park. Some events were spontaneous while others were meticulously planned. The one thing they had in common was that the whole town-and sometimes neighbouring towns-would gather in the Park. 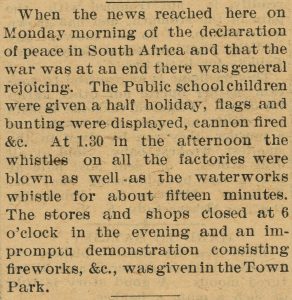 Such was the case in 1902 when a spontaneous town-wide celebration occurred immediately following the declaration of peace in South Africa, formally ending the Boer War. All of Aurora’s shops closed at 6:00 p.m. and residents gathered for an impromptu firework demonstration held in Town Park.

In 1914 the Aurora Old Boys and Girls Association took on the enormous task of hosting a grand reunion to welcome all current and former residents of Aurora back into Town. From July 1st to 3rd, Town Park was alive with concerts, athletic games and competitions. 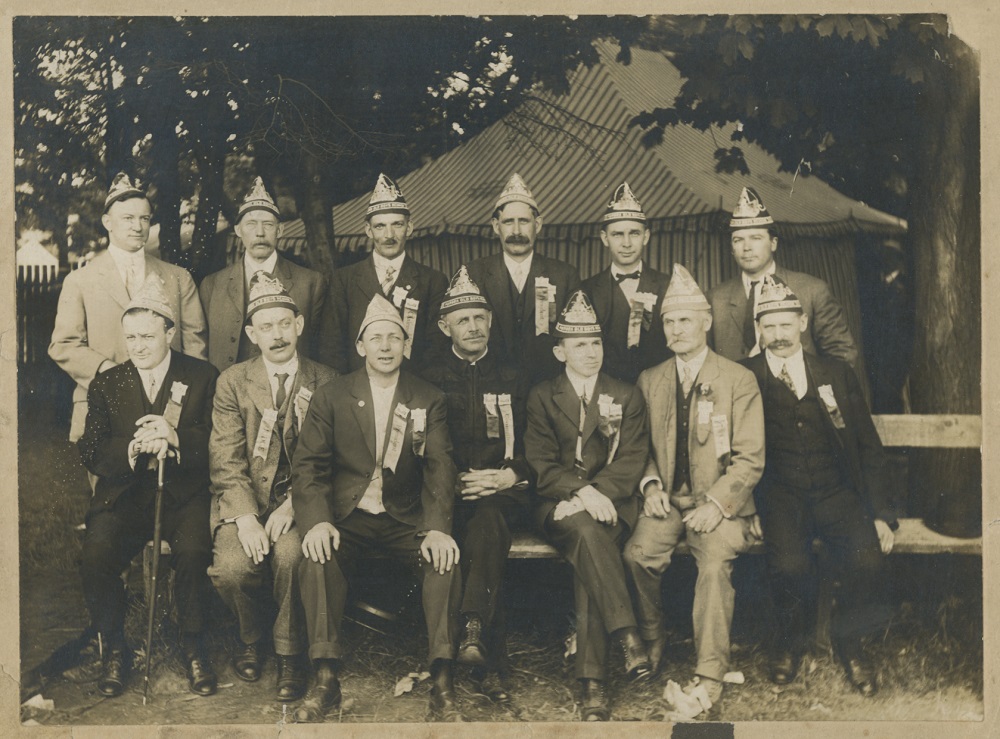 A Calithumpian Circus parade of 800 people opened the festivities parading through town before ending at Town Park. The Park itself was reported to have resembled a mini Coney Island with a sea of marquee tents selling refreshments, fruit, hot dogs, candies, peanuts, cigars, soft drinks and ice cream among other delights. 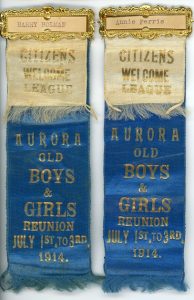 Chairman A.M. Brodie boasted beforehand that: “we mean to make this the biggest event of its kind that ever took place in Canada” (A.M. Brodie, event Chair, Aurora Banner, June 19, 1914). By all accounts it was with 4,000-5,000 people in attendance, some travelling from as far away as Medicine Hat, AB, to be reunited in Town Park.