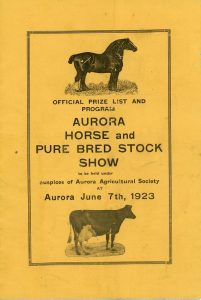 From 1923 onward, the Agricultural Association held their annual Horse and Pure Bred Stock Show in Town Park. The event, later re-named the Aurora Horse Show, became an annual tradition and was known for having the best exhibits of horses in the province. In 1935, the show was expanded as part of Jubilee Year celebrations. A Ladies Section was added featuring exhibitions in art, quilting, baking and horticulture.

In 1942, the decision was made to suspend the Aurora Horse Show due to restrictions on material and an overall shortage of farm help because of the war. 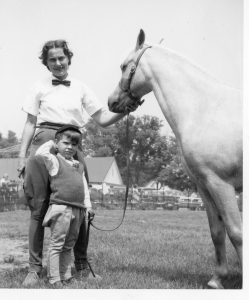 The Horse Show was an event for people of all ages, c. 1950s

The show resumed in 1946 and drew a record crowd of 4000-5000 attendees. In her book titled Aurora 1945-1965: An Ontario Town at a Time of Great Change author Elizabeth Hearn Milner reminisces that,  “the local farmers came with their teams of horses groomed and sporting bells and ribbons … The ladies brought their crafts, special pies and pickles made with recipes they wouldn’t share.” 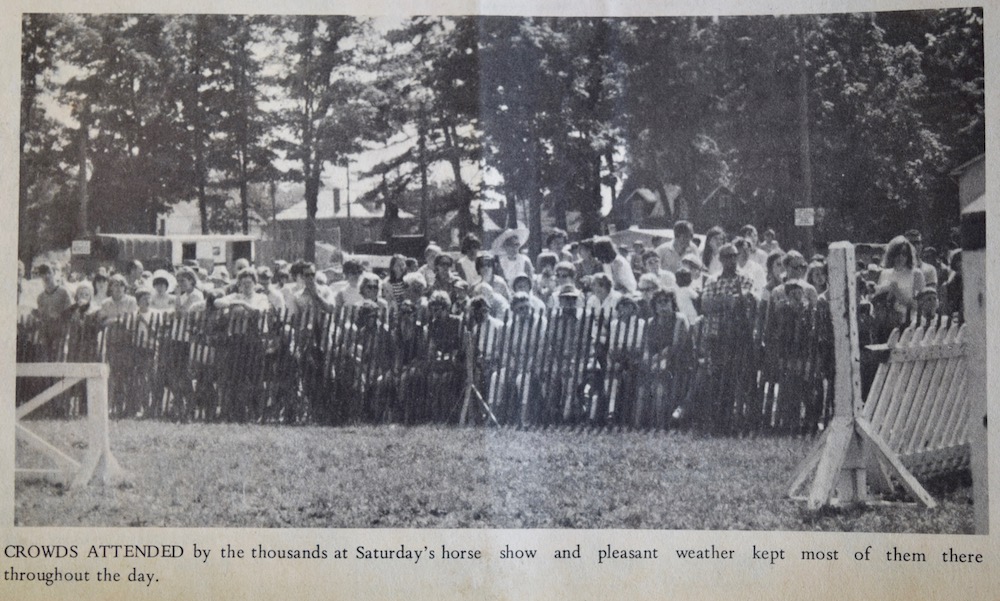 The 1969 Aurora Horse Show was also the homecoming welcome for Canada’s Gold Medal winning Equestrian Team comprising Jim Elder, Tom Gayford and Jim Day, all residents of the area. The team was fresh off their win from the Mexico City 1968 Summer Olympic Games where they earned Canada’s first gold medal in equestrian sports. Approximately 10,000 people filled Town Park to be part of the show and celebrate Canada’s Gold Medal Equestrian Team. 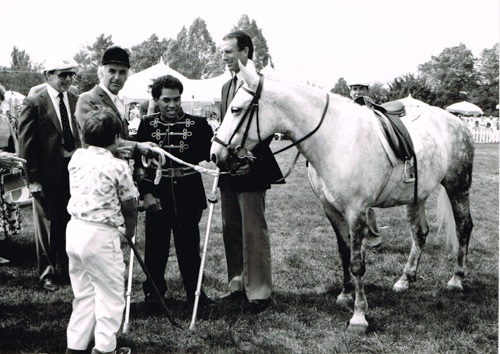 As the popularity of the Horse Show grew, space and facilities became an issue; in 1971 it was moved to the newly expanded Machell Park ending the Aurora Horse Show’s 43-year tenure in Town Park.