After the bell rang on the last day of school, the school playground continued its role as a place for children to play.

The original grassed playground was in the southeast corner with all the obsolete and unsafe apparatus by today’s standards such as the merry-go-round. One that we would try to throw our friends from by spinning it as hard as we could or compete to see who could stay on the longest with our feet stretched out. Or the crotch numbing teeter-totters when your playing companion jumped off his side. The tall steel framed swings with the steel and wood seats, one of which opened up the back of my head to the tune of four stitches. 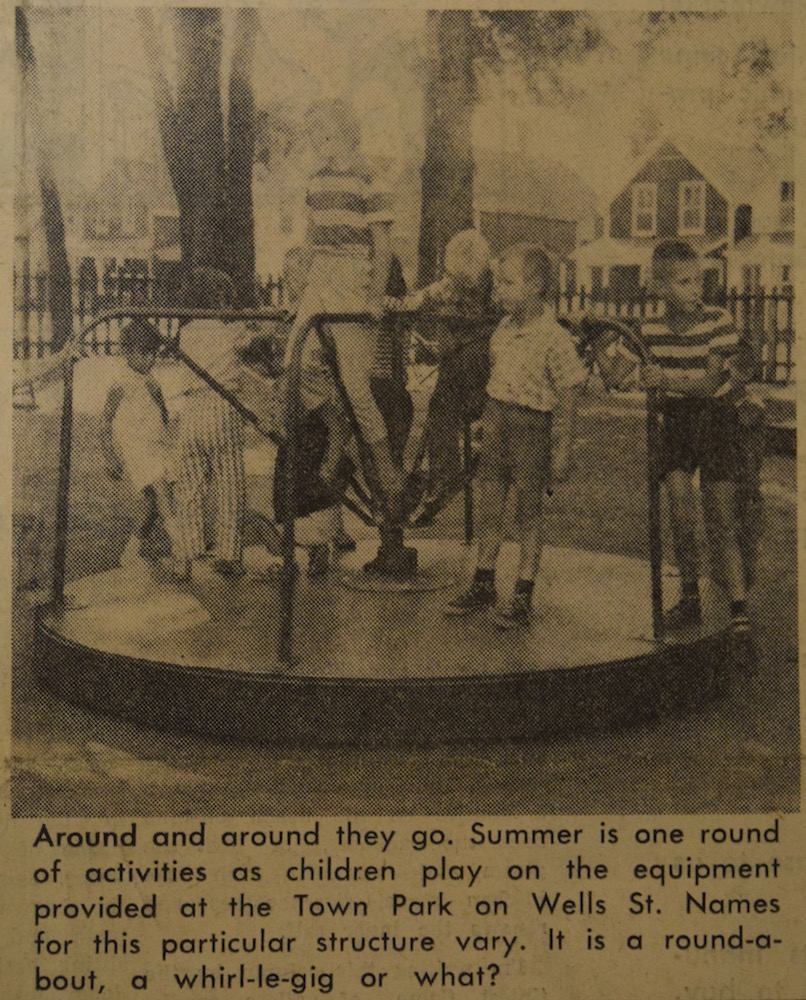 In 1948 the newly created Aurora Recreation Commission introduced supervised playgrounds as the Town’s first organized recreational activity. They were an instant hit with children offering fun and enjoyment during the summer months. 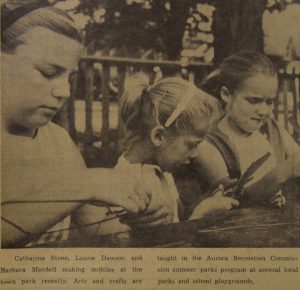 Organized by playground captains who had been specifically recruited and trained, activities included arts & crafts, singing, baseball and other games. Weekly reports appeared in the Aurora Banner describing the various activities that occurred in the program here as well as at other parks in Town.

By the late 1970s the Summer Playground Program was expanded to include mornings and afternoons. The program eventually became known as Day Camps and fees were introduced in 1989.  Although the last Day Camp program in Town Park occurred in the year 2000, the Town of Aurora continues to offer a variety of summer recreational opportunities for children. 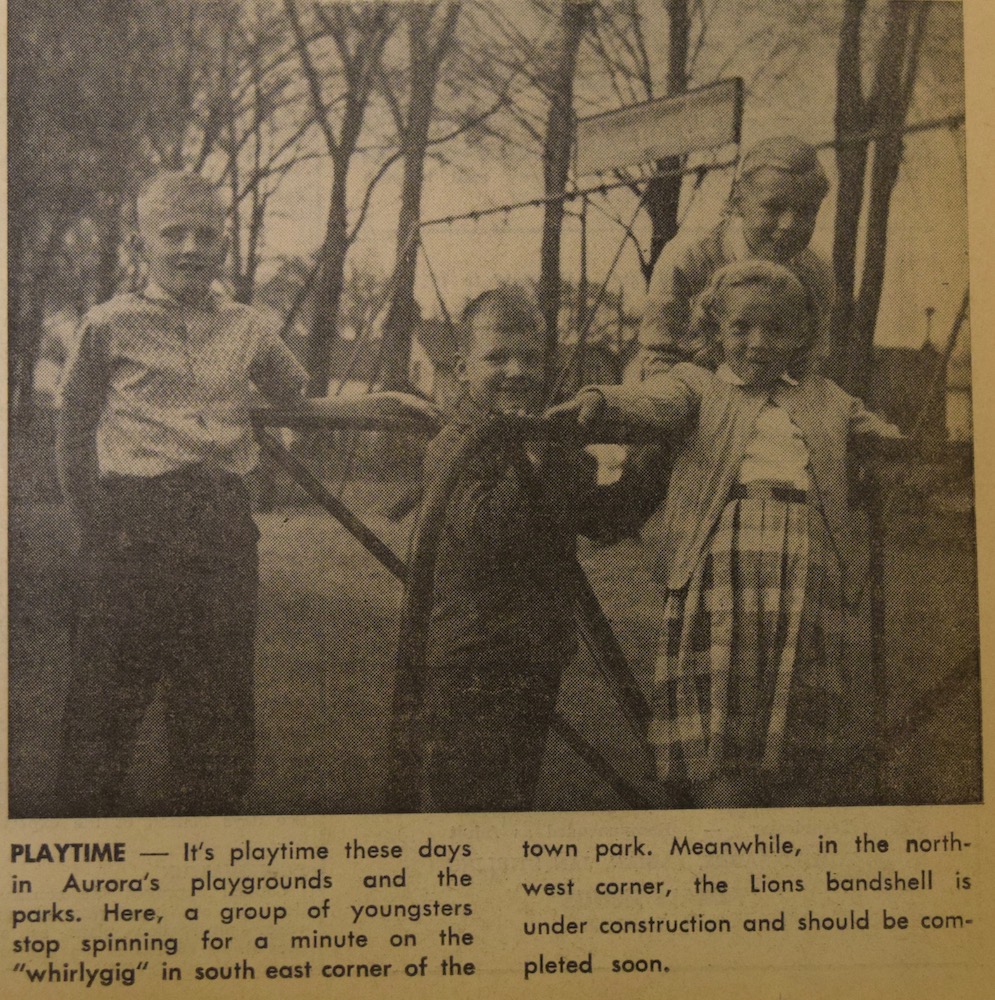 The School Field And the Band Played On